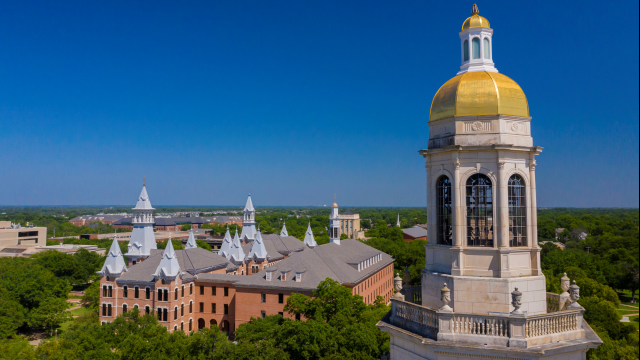 The latest rankings include newly ranked Baylor graduate and professional school programs in business, education, engineering, law, public health, the sciences and social sciences and humanities, including specialties in some of these areas. The U.S. News graduate school rankings are based on surveys of academic experts about program excellence and statistical indicators that measure the quality of a school’s faculty, research and students.

Baylor Law is ranked No. 58 in the U.S. News Best Law Schools listing for 2023, with the law school’s renowned trial advocacy program rated No. 2 nationally among law specialty programs.

Business graduate programs in Baylor’s Hankamer School of Business are ranked at No. 64 overall among the U.S. News Best Business Schools, with the graduate program in entrepreneurship at No. 17 in the nation.

Not newly ranked but noted is the MBA in health care administration, a specialization in Baylor’s MBA program, at No. 17 in the nation.

In the new Health Schools rankings, U.S. News ranked Baylor’s social work graduate programs in the Diana R. Garland School of Social Work at No. 51 and Baylor’s Master’s of Public Health (MPH) degree program with specializations in community health, environmental health science or epidemiology in the Robbins College of Health and Human Sciences, at No. 79.

Several Baylor graduate health programs were not newly ranked this year but still noted in the U.S. News rankings:

The Baylor School of Education’s curriculum and instruction graduate programs debuted at No. 26 nationally while the SOE’s overall graduate program moved up to No. 113 in the U.S. News Best Education Schools rankings.

Two graduate programs in Baylor’s Louise Herrington School of Nursing are not newly ranked but noted in the U.S. News Best Nursing specialty rankings: LHSON’s U.S. Army Graduate Program in Anesthesia Nursing (USAGPAN), which operates at the U.S. Army Medical Center of Excellence at Fort Sam Houston in San Antonio, at No. 8 nationally, and Baylor’s nurse-midwifery program at No. 21 in the nation.

In the U.S. News graduate rankings of engineering schools that grant doctoral degrees, the graduate engineering program in Baylor’s School of Engineering and Computer Science is ranked No. 121 among Best Engineering Schools.

Only one Baylor graduate social science and humanities program was newly ranked by U.S. News this year, with the graduate programs in psychology in the College of Arts & Sciences moving up 10 places to No. 88.

Other Baylor social science and humanities were not newly ranked this year but still noted in the U.S. News rankings: