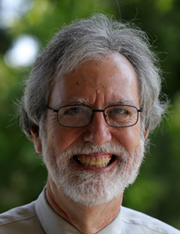 Dr. Kenneth Hafertepe is professor of museum studies and chair of the department. He has taught at Baylor since 2000, before which he was director of academic programs at Historic Deerfield, a museum of New England history and art. He is an authority of American material culture and decorative arts, and historic preservation, especially in Texas.

He has published seven books and co-edited two more. His most recent book, Historic Homes of Waco, Texas, won the Ron Tyler Award for Best Illustrated Book on Texas History and Culture from the Texas State Historical Association, as did his previous book, The Material Culture of Germans Texans. The latter also won awards from the Victorian Society of America, the Southeastern Society of Architectural Historians, the Philosophical Society of Texas, and the Conservation Society of San Antonio.

He has also published numerous articles, including essays for the Winterthur Portfolio, the Journal of the Society of Architectural Historians, and the Southwestern Historical Quarterly. His topics have ranged from Thomas Jefferson’s ideas of beauty and the first generation of American banking houses to the German Texan landscape painter Hermann Lungkwitz and the restoration/reconstruction of the Spanish Governor’s Palace in San Antonio.

He has given lectures at many Texas museums and historic sites, including the Amon Carter Museum, the Alamo, the Winedale Historical Center, and the Bayou Bend Collection of the Museum of Fine Arts, Houston. Twice he has been a speaker at the David B. Warren Symposium on American Material Culture and the Texas Experience, sponsored by Bayou Bend.

He served for 12 years on the board of the Committee on Museum Professional Training of the American Association (now Alliance) of Museums, the last four as chair. He also served on the program committee for two AAM annual meetings, and has served on a similar committee for then TSHA four times. He is a Fellow of the Texas State Historical Association.