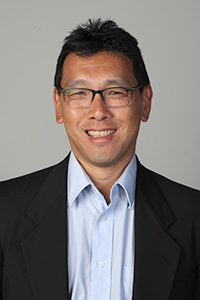 Dr. Jerry Park is an associate professor of sociology and an affiliate fellow of the Baylor Institute for Studies of Religion. He graduated from the University of Virginia with a psychology degree and earned his masters and Ph.D. degrees in sociology from the University of Notre Dame. His research interests include the sociological study of religion, race, identity, culture and civic participation. Recent publications have covered topics such as racializing religious measures, religion and inequality attitudes, religion and workplace attitudes, religious attitudes of academic scientists, and Asian-American religiosity. Currently his research focuses on attitudes toward racial and religious minorities and perceptions of discrimination from racial and religious minorities including: perceived religious group threats, White perceptions of racial inequality, perceptions of Anti-Muslim discrimination, and perceived Asian American advantage. His undergraduate teaching is in the sociology of racial and ethnic inequalities and at the graduate level, he teaches a seminar on the sociology of culture and religion, and the sociology of race, gender, and religion.  He serves as associate editor for the Journal for the Scientific Study of Religion.