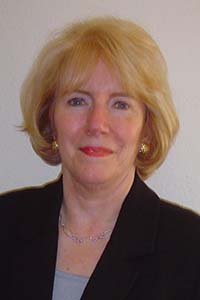 Dr. Diana Kendall is Professor of Sociology at Baylor University, where she has been recognized as an Outstanding Professor.  She specializes in Sociology of Medicine and Sociological Theory (graduate).  Dr. Kendall’s primary research interest is social inequality, particularly the intersections of gender, race, ethnicity, age, and health status, in the twenty-first century. She always enjoys doing research with graduate students in the department and is currently writing her latest book, Rich Woman, Poor Woman: The Plight of Women during the Trump Era.  She is also the author of The Power of Good Deeds: Privileged Women and the Social Reproduction of the Upper Class; Members Only: Elite Clubs and the Process of Exclusion; and Framing Class: Media Representations of Wealth and Poverty in America (1st and 2nd editions). Dr. Kendall has written numerous sociological textbooks, including the top-selling Sociology in Our Times (13th edition) and Social Problems in a Diverse Society (7th edition).  Dr. Kendall received her Ph.D. from the University of Texas at Austin where she remains a Life Member of Phi Kappa Phi Honor Society.