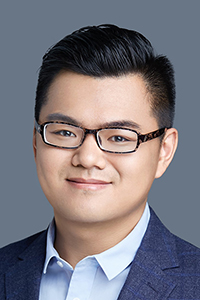 Before his journey in sociology of religion at Baylor, Richie did many ethnographic fieldworks with Muslim American communities both in New England and nationwide in the United States because he seeks to understand the dynamics and tension between the American religio-political principles and reality in treating, assimilating, and empowering religious minorities. Because of its well-established reputation in sociology of religion, Richie chose the department of sociology at Baylor as the best fit to start his doctorate education and continue his academic adventure.

With these backgrounds, Richie is self-identified as a political sociologist whose academic interests are in American religion-political culture and politics of religious and ethnic minorities. When his education at Baylor is completed, he looks forward to finding a research and teaching job in academia where he can continue his research.

Ruiqian Li. “Religion in the Age of Artificial Intelligence.” Book chapter in The Nightmire of Mr. Science, The People’s Oriental Press, Beijing, China. 315-328 (in Chinese Only).