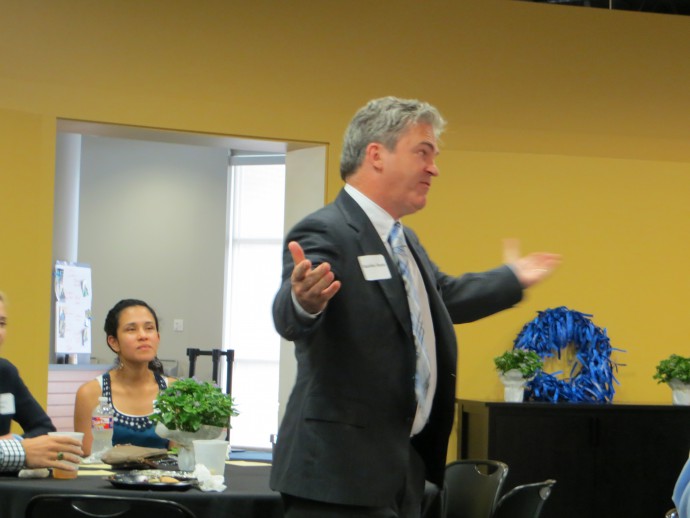 Matthew Meares was discussing with his family and colleagues about his intentions to attend graduate school to pursue a master’s in social work. Around the time Meares had expressed his interest to his family and colleagues, two separate co-workers approached him with an ad they had seen in the Houston Chronicle regarding the new Baylor program starting in Houston. Something about being a part of something new and the small classroom environment made Meares’ decision all the easier.

“Baylor’s unique approach to teaching the incorporation of faith as an integral and essential component of working with clients was attractive to me as a potential student,” Meares stated.

Meares chose to pursue social work after several years of not settling with any other degree he had researched.

“I finally realized that social work was the best description of what I had been doing as a career for a number of years,” Meares said.

Knowing social work fuels his passion for tuning-in to clients and helping them make positive changes. To him, social work is just that: empowering others to empower themselves.

Through various classes and group discussions, he has learned more about the many possibilities for how he can put his degree to use. When Meares began, he envisioned himself as the executor director of a small- to medium-sized nonprofit that works and especially engages with youth. “My eyes are opened more and with each experience; I find my interests expanding,” Meares said.