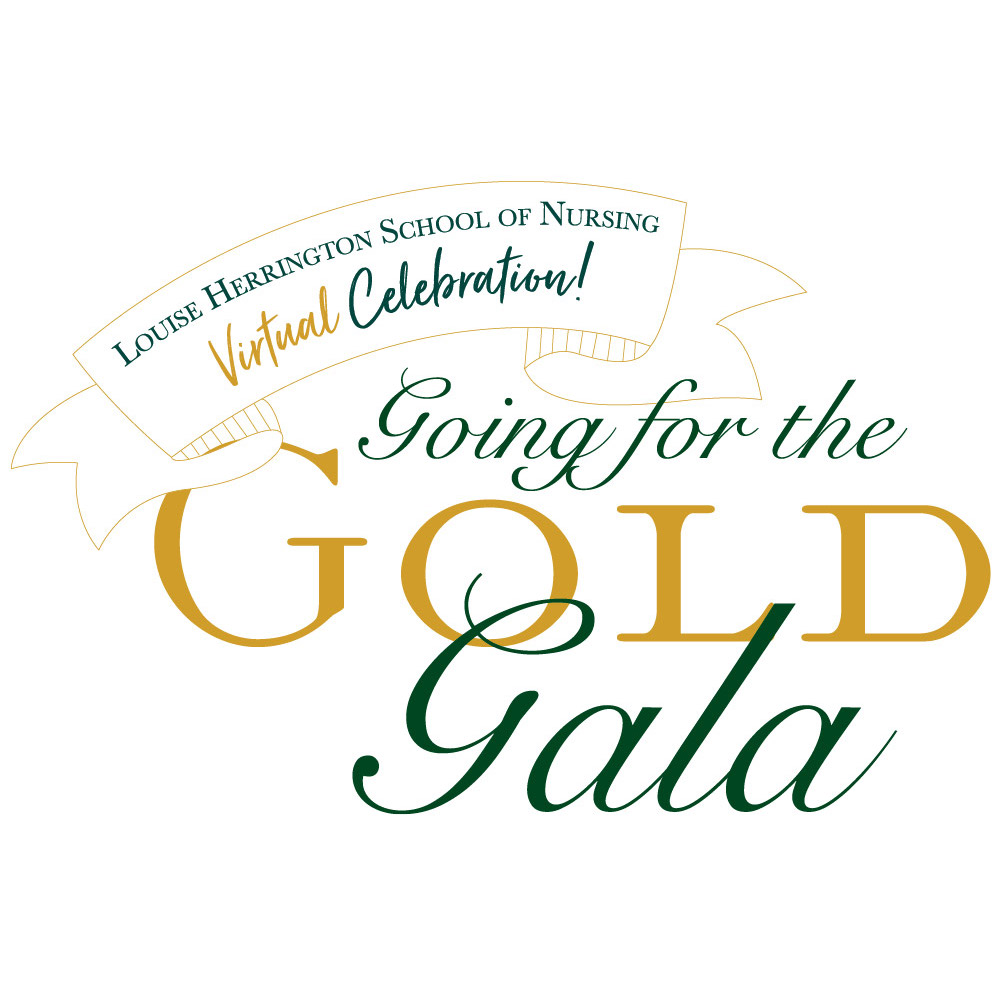 In spring 2020 the Baylor University Louise Herrington School of Nursing (LHSON) anticipated hosting its 9th annual Going for the Gold Gala at the Westin Galleria on April 25 however COVID-19 set in and caused the event to be postponed. Each year the gala is an important fundraising event for the LHSON and missing a year would mean less funds for our most critical needs at the nursing school such as scholarships for nursing students who are called to serve those in need. Striving to be compliant and relevant, we instead hosted a virtual gala on November 12, 2020 at 7:00 p.m. The live stream online event captured 200 viewers and included a week-long silent auction and live auction on the night of the virtual gala.

Amidst the challenging year, the 2020 virtual gala surpassed silent auction fundraising totals from the previous two years raising more than $27,000 from 124 silent auction items, plus raising over $51,000 from 11 live auction items. Overall, combining the gala sponsorships, silent and live auctions, Fund-the-Need giving opportunities and registration gifts the 2020 gala raised approximately $613,000. Since the debut of the inaugural gala in 2012, the Going for the Gold Gala has become a transformational fundraising event for the LHSON raising over $5 million.

“The COVID-19 global pandemic has highlighted the integral role nurses have in healthcare, and donor support makes it possible for so many of our students to become Baylor nurses,” said Dr. Linda Plank, Interim Dean, LHSON. “Ironically, this year the World Health Organization declared 2020 as the "Year of the Nurse and Midwife” coinciding the 200th birthday of the founder of modern-day nursing, Florence Nightingale. We also proudly celebrated the LHSON’s 110th birthday and Baylor University’s 175th birthday during this memorable year. So, with humble reflection we recognize there are so many reasons to celebrate especially nursing students who persevere through all the many challenges to obtain their education. This virtual gala allowed us to show our united support of our future Baylor nurses as they exemplify our school motto, Learn.Lead.Serve.®.”

The virtual gala included pre-show entertainment for online guests starting at 6:30 p.m. with videos of thanks from current LHSON nursing students as well as live auction bidding instructions. Launching into the 9th annual Going for the Gold Virtual Gala at 7 p.m., Mary Ann Hill, Gala Chair, served as Master of Ceremonies. The streaming video offered remarks from Texas Governor Greg Abbott along with other special guests including: Dr. Linda A. Livingstone, President of Baylor University; Coach Kim Mulkey; Derek Haas, TV and Film Writer; and Noah Galloway, Author and Veteran, plus Laura Cordova, LHSON grad. The final portion of the virtual gala included a live auction with professional auctioneer, Wes Pool from Murad Auctions. The virtual gala included a silent and live auction as well as Fund-the-Need giving opportunities.

Support from sponsors, underwriters and volunteers remains crucial every year. Special thanks to all those who helped us transition this year from the postponed in-person gala in April to a virtual gala in November including: Mary Ann Hill, Gala event chair, 83 volunteers of the Gala Task Force Committee, 37 members of the Dean’s Board of Advocates and 47 Gala Student Ambassadors. As of October 30, 2020, Gala sponsors and underwriters included the following.