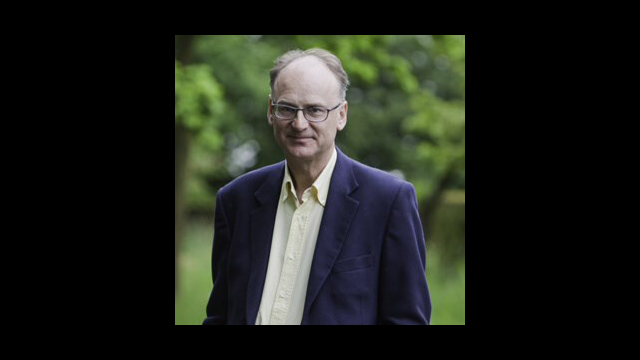 WACO, Texas (Nov. 3, 2021) – Matt Ridley, D.Phil., award-winning journalist and science writer, will be the featured speaker at the Free Enterprise Forum at Baylor University’s Paul L. Foster Campus for Business and Innovation, hosted by the John F. Baugh Center for Entrepreneurship and Free Enterprise on Thursday, Nov. 4. This event, which is free and open to the public, will be held at 5:15 p.m. in Foster 240.

Holding both a bachelor’s and doctoral degree from Oxford University, Ridley worked for the Economist for nine years as a science editor, American editor and Washington correspondent, before becoming a self-employed writer and businessman.

He writes a weekly column in The Times (London) and writes regularly for The Wall Street Journal. As Viscount Ridley, he was elected to the House of Lords in February 2013.

His books have sold over a million copies, been translated into 31 languages and won several awards. They include “The Red Queen,” “The Origins of Virtue,” “Genome,” “Nature via Nurture,” “Francis Crick,” “The Rational Optimist” and “The Evolution of Everything”.

His newest book “How Innovation Works: And Why It Flourishes in Freedom,” which he will discuss at the forum, argues that we need to change the way we think about innovation. He wrote that innovation needs to be seen as an incremental, bottom-up, fortuitous process that happens to society as a direct result of the human habit of exchange, rather than an orderly, top-down process developing according to a plan.

“Innovation is central to the mission of Baylor, the Hankamer School of Business and the Department of Entrepreneurship and Corporate Innovation, which houses the Free Enterprise program. Ridley will focus on the social and institutional preconditions of innovation, an important topic not only for those who participate directly in innovation, but for all of us as citizens,” said Peter Klein, Ph.D., W. W. Caruth Endowed Chair and Professor of Entrepreneurship.

In addition to his other works, Ridley won the Hayek Prize in 2011, the Julian Simon Award in 2012 and the Free Enterprise Award from the Institute of Economic Affairs in 2014. He is a Fellow of the Royal Society of Literature and of the Academy of Medical Sciences and a foreign honorary member of the American Academy of Arts and Sciences.

“The Free Enterprise program at Baylor is particularly interested in innovation and entrepreneurship which makes his talk an excellent fit,” Klein said.

The event, co-sponsored by the Department of Economics in the Hankamer School of Business, is free and open to the public.

ABOUT HANKAMER SCHOOL OF BUSINESS AT BAYLOR UNIVERSITY