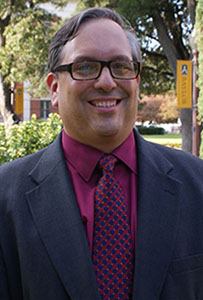 Associate Professor of Political Science in the Honors Program

Victor J. Hinojosa is Associate Professor of Political Science in the Honors Program at Baylor University where he teaches courses in Political Science, the Honors Program and in the Baylor Interdisciplinary Core (BIC). He joined the Baylor faculty in 2003, and he currently directs the Baylor Migration Project, a social innovation laboratory at Baylor that is bringing together an interdisciplinary team of faculty and students to address the challenges of child migration from Mexico and the Northern Triangle of Central America (Guatemala, Honduras, and El Salvador). In collaboration with the Texas Hunger Initiative, Mennonite Central Committee and others, Dr. Hinojosa and his students are working to design interventions into this challenging humanitarian crisis.

Dr. Hinojosa’s research and teaching focus on Latin American politics and U.S. Latin American relations. His current research projects explore political and criminal violence in Latin America and their impact on democratic institutions and migration in the region. He also maintains interests in religion and politics, especially regarding issues of violence, disability, and race.

Manuscript reviewer for Social Science Quarterly, the Journal for the Scientific Study of Religion, the Journal of Church and State, The Latin Americanist, Oxford University Press, Terrorism and Political Violence

Signatory of Ekklesia Project Declaration and member of the Board of Directors 2008-present.

Victor J. Hinojosa, “From Access to Communion:  Beyond the Social Model” Journal of Disability and Religion 22:2, April 2018.

Andreas E. Feldmann and Victor J. Hinojosa, “Terrorism in Colombia:  Logic and Sources of a Multidimensional and Ubiquitous Phenomenon.”  Terrorism and Political Violence, 21:1,42-61, 2009.

Victor J. Hinojosa and Jerry Z. Park, “Religion and the Paradox of Racial Inequality Attitudes,” Journal for the Scientific Study of Religion, 43:2, 229-238, June 2004.