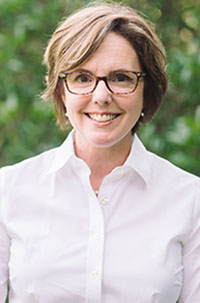 Associate Professor of Political Science in the Honors Program

Dr. Elizabeth Corey joined the Honors Program’s faculty in 2007 and has served as Director since 2015. She earned a B.A. in Classics from Oberlin College, an M.A. in art history from Louisiana State University (LSU), and an M.A. and Ph.D. in political science from LSU. She has taught courses at Baylor on political science, great texts, and in the Baylor Interdisciplinary Core. She has earned several awards for research and teaching and was a 2016-2017 Robert Novak Journalism Fellow. Her book, Michael Oakeshott on Religion, Aesthetics, and Politics, was published by the University of Missouri Press in 2006. She writes for First Things and serves on the board of the Institute on Religion and Public Life. She has also published in The Atlantic, The Chronicle of Higher Education, National Affairs, The Wall Street Journal, and in a variety of scholarly journals. During the 2018-19 academic year she was the American Enterprise Institute’s Values and Capitalism Visiting Professor.