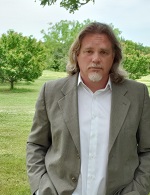 By appointment only (in person or virtual):

I joined the History Department in 2012 after teaching courses in the Religion Department, in the Baylor Interdisciplinary Core, and at Truett Seminary since Spring 2008. I embarked on my present career in higher education after teaching Latin, Ancient History, and the history of religion for seven years in secondary education. My current research covers diverse topics, from the theology of medieval Lollards and their Middle English sermons to the historiography of British Dissenting historians of the eighteenth century to the intersections of blood sport and religion in the contemporary world.