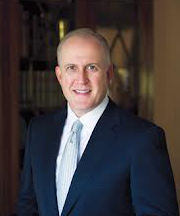 Prior to his current role, Foster served as President for the HCA Central and West Texas Division from January 2006 to February 2011. He joined HCA in March 2001 when he was appointed President and CEO of St. David’s HealthCare in Austin, Texas. Foster served in various executive capacities with the Baptist Health System, Knoxville, Tennessee and The Methodist Hospital System in Houston, Texas.

Foster has served on a number of national and state-level governing boards including having most recently served as Chairman of the Texas Hospital Association Board. In addition, he has served on the American Hospital Association Regional Policy Board, the Tennessee Hospital Association Board, the Texas Quality Coalition, The University of Texas College of Pharmacy Advisory Board and the United Way of Greater Austin. He is a member of the YPO International, a Fellow in the American College of Health Care Executives and serves as an adjunct professor at Trinity University in San Antonio, Texas.

He and his wife, Laura, have two daughters.