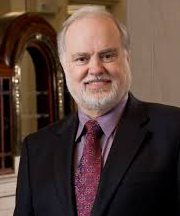 A Baylor University graduate, earning a bachelor's degree in accounting and finance, with magna cum laude honors, in 1970 and his MBA in 1971, Bob R. Simpson spent more than 15 years in oil and gas finance and accounting before becoming co-founder of Cross Timbers Oil Company. In 1991, Cross Timbers became XTO Energy, Inc. and Simpson continued as chairman of the board and chief executive officer of XTO Energy until 2009 when the company was sold to Exxon Mobil. His leadership at XTO was recognized by numerous publications, including Barron's ("30 most respected CEO's in the world"), Oil & Gas Explorer ("Executive of the Year"), Institutional Investor ("Best CEOs"), BusinessWeek ("The BusinessWeek Top 50 Performers") and Forbes ("2,000 Leading Companies in the World"), among others.

During his tenure, XTO Energy became the second largest natural gas producer in Texas and the eighth largest in the nation. The year following the sale, Simpson became part of the ownership group of the Texas Rangers. He currently serves as co-chairman of the board of the Major League team.