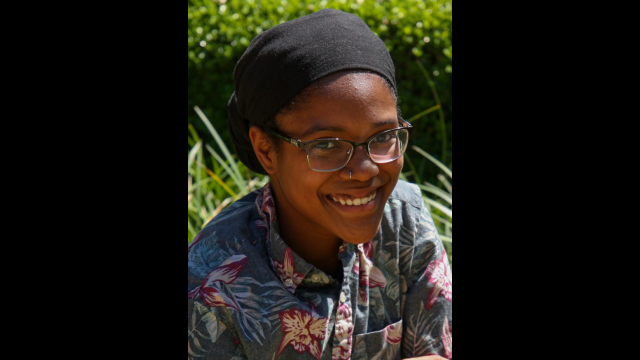 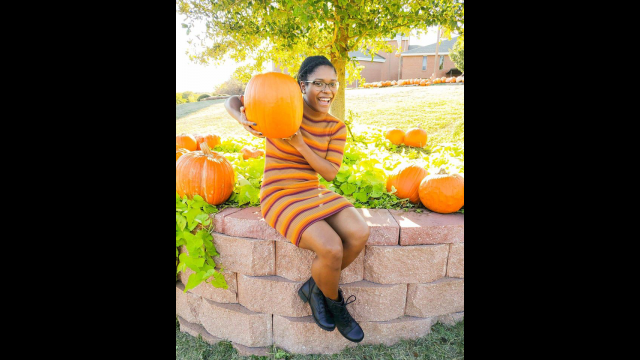 Being raised as a “military kid,” BSW Outstanding Student Award Winner Asianna Brown knew she always wanted to foster such meaningful connections as the ones she was fortunate enough to experience with social workers growing up.

“I reflected on a lot of my encounters with social workers as a military kid. I had my parents deployed at the same time, at points in my life. Sometimes my mom would be deployed and my dad would be in a different state so I had to deal with that,” Asianna explained. “I had a social worker who [would say], ‘Hey, I'm here to help,’ and it was a big relief to have somebody in my corner. I want to do that for other military dependents.”

Asianna remembers one person in particular truly inspiring the work she wants to pursue with military children: one of her friends who also had parents serving at the same time as her own.


Asianna is a fierce advocate for racial and social justice at Baylor and beyond. She embodies all the values of the social work profession, and it is clear to see how passionate she is about the work she does.

“One of my friend’s biological parents is in recovery from a substance use disorder, so it was really hard for her. She was adopted, but then the military came into play so it has been really complicated for her,” Asianna explained.

Asianna noticed the difference in recovery between her friend’s experience lacking a social worker, and her own with one. Examples such as her friend deepened Asianna’s passion for social work and social welfare, and her desire to work with children specifically.

“I had a lot of friends who were also military kids. They had a rough time as well, but they didn't always have a social worker on hand for them,” she said. “If there was something I could do on my end to provide resources to somebody who has so many things going against them, it would be very beneficial for their own development as an adolescent.”

Asianna has continued her work with younger-age populations as she served this semester as a Communities & Schools Intern at University High School in Waco. Although it is not quite her ultimate goal of working alongside military children, Asianna said this experience has helped her solidify the age population she knows she is meant to support.

Additionally, Asianna mentioned that her “save the world mentality” definitely motivates her when she works with her clients at the high school as she attempts to assist and inspire students to do well academically, and encourage them to utilize their available resources.

Regarding both military children, like her friend who endured the trial of their parent’s substance abuse, as well as the students that she counsels and provides help to at University High School, Asianna revealed that she wholeheartedly believes these children are “innately good,” despite their struggles and the adversities they face.

“It is society around us that changes how we behave. We [as social workers] need to foster the good intentionality of our youth in order for it to manifest,” she said. “When I finally had someone who was good to me [as a military kid], somebody who was actually trying to bring that goodness back out of me—I realized I'm not a horrible person. It's just the situation I was placed in made it seem like everything was against me.”

In their nomination of Asianna for this award, one colleague said that Asianna “is a fierce advocate for racial and social justice at Baylor and beyond. She embodies all the values of the social work profession, and it is clear to see how passionate she is about the work she does. Asianna succeeds at whatever she puts her mind to and has done and will do great things.”

Congratulations, Asianna…our 2021 BSW Outstanding Student! #sicem
Explore More
MSW Meet Raashida Birmingham: 2021 MSW Clinical Intern of the Year Jun. 29, 2021 Congratulations to Raashida Birmingham, the Garland School of Social Work’s 2021 MSW Clinical Intern of the Year. Like many others, Raashida did not first choose social work. However, after an internship with Healthy Families Florida, a program that “improves childhood outcomes and increases family self-sufficiency by empowering parents through education and community support,” Raashida said her supervisor at Healthy Families suggested the profession of social work to her. “I am thankful for this suggestion because social work is definitely my calling. I love working with and serving others and am very passionate about having the opportunity to do that every day as a career,” Raashida said. BSW Meet Nataly Sanchez: 2021 BSW Intern of the Year Jun. 23, 2021 “Nataly represents so much of what we are talking about nationally in terms of health care workers on the front lines during COVID-19. She is an academically excellent student. Nataly managed the many challenges of COVID-19 in her placement with dedication, perseverance and excellent client care this year,” said a colleague of the 2021 BSW Intern of the Year: Nataly Sanchez. Nataly said she chose social work because of her strong passion for community building as well as her goal to fighting human trafficking. MSW Meet Dondra Williams: MSW Community Practice Intern of the Year Jun. 9, 2021 “Dondra’s personal values align with service, integrity, and dignity, and she upholds these values while maintaining a sense of worth on the survivor. She appreciates and meets people where they are in terms of being diverse with different cultural and social values,” said Amanda Carpenter, task supervisor of Dondra Williams, the GSSW’s MSW Community Practice Intern of the Year. Dondra began classes at the Garland School of Social Work’s online program in May of 2019. She said Baylor felt like the right place for her to pursue her master's degree because of the prioritization of the ethical integration of faith and practice, especially because of the influence her faith has had on her life choices to become a social worker. Research Professor awarded $3.1M NIH grant exploring interventions with young women in the juvenile justice system Jun. 7, 2021 WACO, Texas (May 25, 2021) – Danielle Parrish, Ph.D., professor in the Diana R. Garland School of Social Work at Baylor University, has been awarded a $3.1 million grant by the National Institutes of Health to study the efficacy of risk reduction intervention efforts for young women age 14-17 in the juvenile justice system. The grant will be dispersed over five years, beginning May 2021. The project, titled CHOICES-TEEN: Efficacy of a Bundled Risk Reduction Intervention for Juvenile Justice Females, is an effort to fill gaps in care for at-risk young women in the juvenile justice system. "I'm really excited and honored to have this opportunity to pursue this research that I’ve had on my heart for many, many years," Parrish said. "This grant will provide the resources to implement a randomized controlled trial to test the efficacy of an intervention that I hope will be able to be used more widely in the U.S. and fill the gaps in services for this population." MSW Meet Samantha Nelms: 2021 MSW Outstanding Student Award Winner May 28, 2021 MSW Outstanding Student Award winner Samantha Nelms never imagined herself to be so involved in the field of social work. Growing up, with her mother as a member of the city council in her hometown of Birmingham, Alabama, Samantha had been raised to appreciate and prioritize policy and politics. Because of her passion for the two, she decided to major in sociology, a field where she could study social organization, structure and the reasons behind it. Because of her expertise in the field after conducting her senior capstone on community partnership and education, Samantha remembers her friends that were already in the MSW program at the GSSW encouraging her to apply.
Are you looking for more Stories?
All StoriesArchives