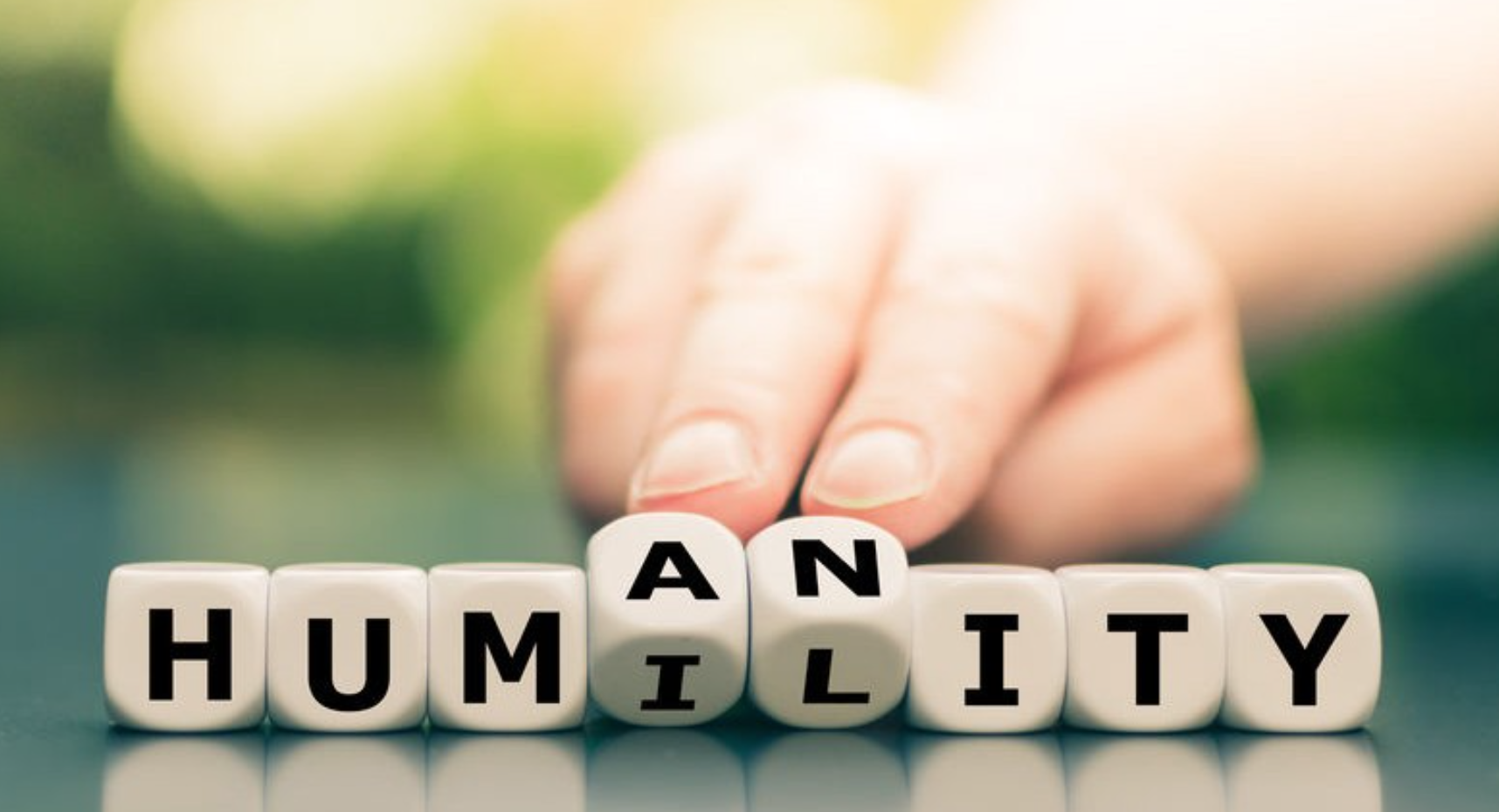 The work of identifying racist attitudes and behaviors is not only uncomfortable, but also never-ending, said Kerri Fisher, a lecturer and diversity educator at Baylor University.

“There are always new ways to be unjust, so we have to always be learning,” she said.

“Cultural humility” describes an ability to critically self-reflect on the existence of cultural differences and impacts on marginalized groups with the goal being to build relationships with those groups, she explained.

Fisher outlined the process for achieving cultural humility, anti-racist and anti-oppressive attitudes during a recent interview with Baptist News Global.

Have you seen more people seeking ways to understand racism, including their own, since the racially charged summer of 2020?

Oh, absolutely. I was very pleased at a national level that many books on anti-racism were inaccessible during the summer because so many people were interested in pursuing that first step of engaging with materials by people of color. And I personally have been asked to speak regularly to a lot of different groups that want to prioritize decentering whiteness or decentering dominance.

How does cultural humility training lead to antiracism?

That’s up for debate. Some people would say policies and practices happen first, then we change people’s minds. And some people would say the steps of cultural humility that I teach — engaging, examining, evaluating, educating and evolving — are the microlevel efforts that make people interested in changing the macro-level systemic issues. It can happen in both directions, but I think many people are overwhelmed at the notion of being activists or policy changers, but they may be interested in reading something by someone who is different from them or watching something by someone different from themselves.

Is a formal class needed to engage in this process, or can individuals pursue this on their own?

I think the answer is no, it can’t be done completely on our own. Even when individual work is needed, it needs to happen within the boundaries of community and relationship where we discuss things with other people and run things by people. It is my analysis that we never will become anti-oppressive and anti-racist and anti-bias without changing things at a systemic level.


Even when individual work is needed, it needs to happen within the boundaries of community and relationship.

What kind of content is available out there to embark on this kind of learning?

We are living in such a rich time when it comes to available content by people who are different from ourselves. There are so many books and podcasts and movies about being culturally humble or anti-oppressive. In my lifetime, there never has been a time where it’s easier to watch something, say, by an Asian American who identifies differently than me in terms of gender and culture and religion. Anything that can be read, or watched, or listened to by someone different from ourselves can be instructive.

What can a person’s reactions to the process reveal about their level of cultural humility?

Speaking of podcasts, you have one called “On Ramp.” What is it about?

“On Ramp” is a podcast I do with my best friend from college, Shane Blackshear. He came to me with the idea. He said there are a lot of Christians out there who would like not to be racist. The idea is to present a Racism 101 podcast that offers people little digestible episodes to get them into the conversation.

How does repentance play into this process?

For those of us who identify as Christian, humility is a virtue that we aspire to and fail at time and time again. Like any sin, if I find that I have been prideful, that I have been arrogant, that I have been cold to the experience of someone else, then I think that calls for repentance. Repentance is a turning inward or a turning toward.

What healthy actions can or should follow these personal revelations?

Once we have evaluated our hearts and our behaviors and we have repented, action definitely comes next. It’s one thing to ask forgiveness and it’s one thing to think about things in a new way, but it is just as important to make a plan for embodied change. There is a saying in sports about being “comfortably uncomfortable.” We must push ourselves to be comfortably uncomfortable in this work. It means continuing not only the reflection piece, but the accountability piece in our spontaneous interactions and opportunities to do justice.


We must push ourselves to be comfortably uncomfortable in this work.

How do you and students know if the process is working?

It’s progress, not perfection. One of the most important pieces of this work is being humble enough to fail over and over again. I look for those who are trying on new language and asking questions they weren’t brave enough, or interested enough, to ask before. They may ask in ways that are awkward or use racist language, but they are moving toward a holier ideal. How does one know if they are growing in cultural humility? They can examine whether they are a bit more willing to hear and to act with justice at the center of their listening and their doing.

Is this really a never-ending quest? No end in sight?

That is absolutely correct. One of the biggest problems we encounter as we try to become anti-racist, as a culture and a Christian community, is that our brains prefer black-and-white concepts. That means we protect false notions of ourselves. I may think I am not racist because I don’t want to be racist or because I refuse to acknowledge racist thoughts I had in the past. But we have to find peace in the fact that this is a life-long process with little-by-little change. Anytime I feel I have figured it out, that’s not a safe place to be for someone who is trying to be culturally humble and anti-racist.

This article first appeared in Baptist News Global.
Explore More
BSW Meet Anais Tello: 2022 BSW Spirit of Social Work Recipient Aug. 11, 2022 What is the spirit of social work? By our definition, it is Anais Tello, the 2022 Alicia Martinez BSW Spirit of Social Work Award recipient. Anais, who recently graduated from the Garland School of Social Work with her BSW, is someone you would call a true advocate for others who has used her own story to develop a passion for social work and a deep desire to see prison reforms and improve recidivism. As a child, Anais was introduced to social work through her school social worker who would pray daily for Anais’ safety…it was in this space she developed her calling to help others just as this social worker had helped her. BSW Q&A with BSW Intern of the Year: Maddie Gonzales Jul. 5, 2022 Why did you choose social work? Would you say social work is your “calling”? If so, why? After adopting my sister in 2017, I gained a love for counseling and an admiration for what social workers did for families and clients. I knew that I wanted to do for others what was done for me: comfort, aid, acknowledgment, and so much more. Every day through my classes here at the GSSW I felt affirmed in my choice of major. Not only was the content exciting but has encouraged me to find social work in all aspects of my life. The professors and peers that I have come alongside these four years have also added to my love of Social Work and my experience in growing through education. All have shown what social work is in every facet of living, whether it be through advocation, support of each other, new ideas or perspectives, and so much more. Social work has been such a blessing and constant within my time here at Baylor and I am excited for what is to come through obtaining my MSW. Featured Meet Briana Fowler, 2022 Alicia Martinez MSW Spirit of Social Work Awardee Jun. 23, 2022 Briana Fowler is a first-generation college student from Austin, Texas, who, in her words, is a work in progress just trying to be a better version of herself every day…so much so that she has a tattoo that says it. And she is the 2022 Alicia Martinez MSW Spirit of Social Work Award winner. The Spirit of Social Work award is intended for students who embody the spirit of social work through engagement in and beyond the classroom, and who demonstrate a commitment to the values of the profession, and last year it was renamed to honor MSW student Alicia Martinez who lost her battle with COVID-19. Alicia was such a shining example of the spirit of social work both in and out of the classroom, and it only seemed fitting to honor her legacy in the profession through this award and judging by the words of one of Briana Fowler’s recommenders, Briana could not have been a better choice for of this award. Featured Q&A with MSW Community Practice Intern of the Year: Geneece Goertzen Jun. 13, 2022 Meet Geneece Goertzen, the 2022 MSW Community Practice Intern of the Year. Geneece is a May 2022 graduate who hopes to work with domestic violence survivors, to work with clergy and congregations around the topic of domestic abuse, and to one day go back to school and get her PhD. Her internship sites included Calvary Baptist Church and the GSSW's Center for Church and Community Impact. #sicem, Geneece! Featured Meet MSW Outstanding Student Trinity Martinez May 12, 2022 Pope Francis once said, “Go and show love to everyone, because your life is a precious mission: it is not a burden to be borne, but a gift to offer.” And when you meet our 2022 MSW Outstanding Student Trinity Martinez, you know no other mantra could better describe her. Trinity is an advanced standing student from San Antonio, Texas, but has lived all over the US and has traveled the world through mission work and study abroad programs, including countries such as Lithuania, Jamaica, Italy and Ireland. All of these experiences contributed to her ability to adapt well to change and exposed her to many cultures and diversity at a formative age. Today, she is a natural leader, committed to speaking up for others and standing up for what she believes.
Are you looking for more Stories?
All StoriesArchives