By Ken Camp, Managing Editor of The Baptist Standard 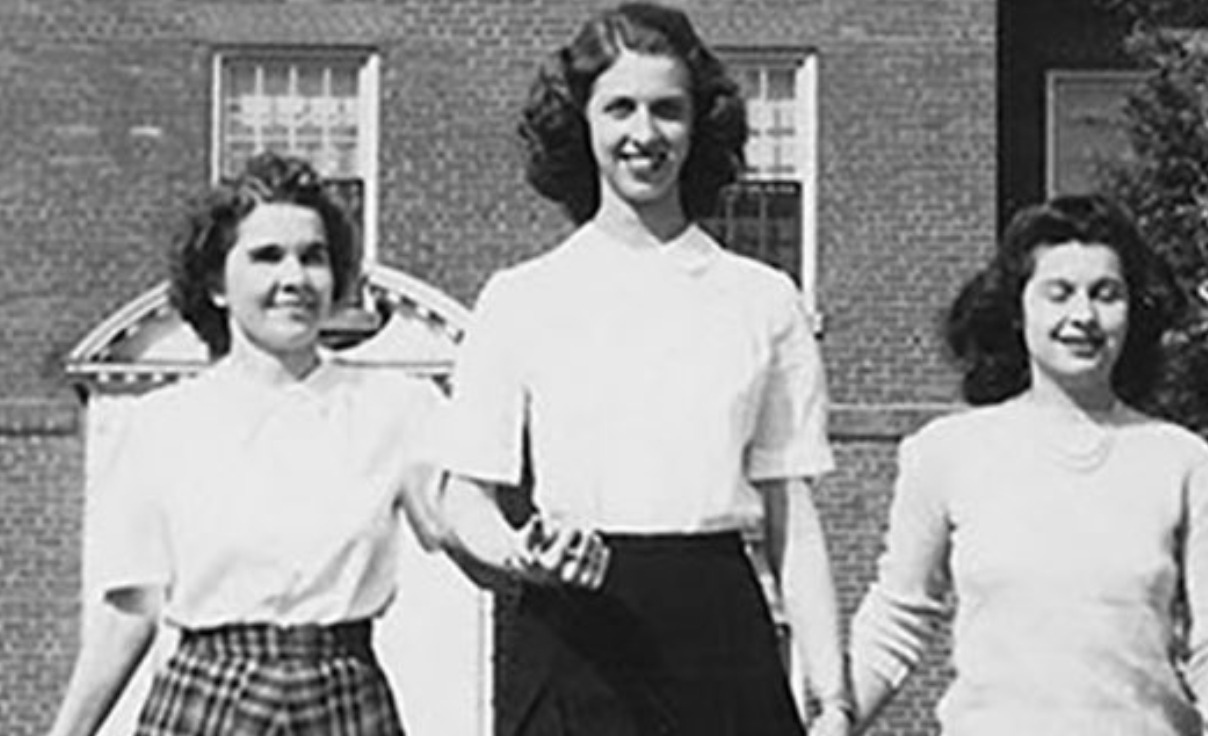 Laine Scales at Baylor University believes the history of a school that ceased to exist 23 years ago is worth telling because of what it reveals about changing Southern Baptist attitudes toward gender roles and social ministries. 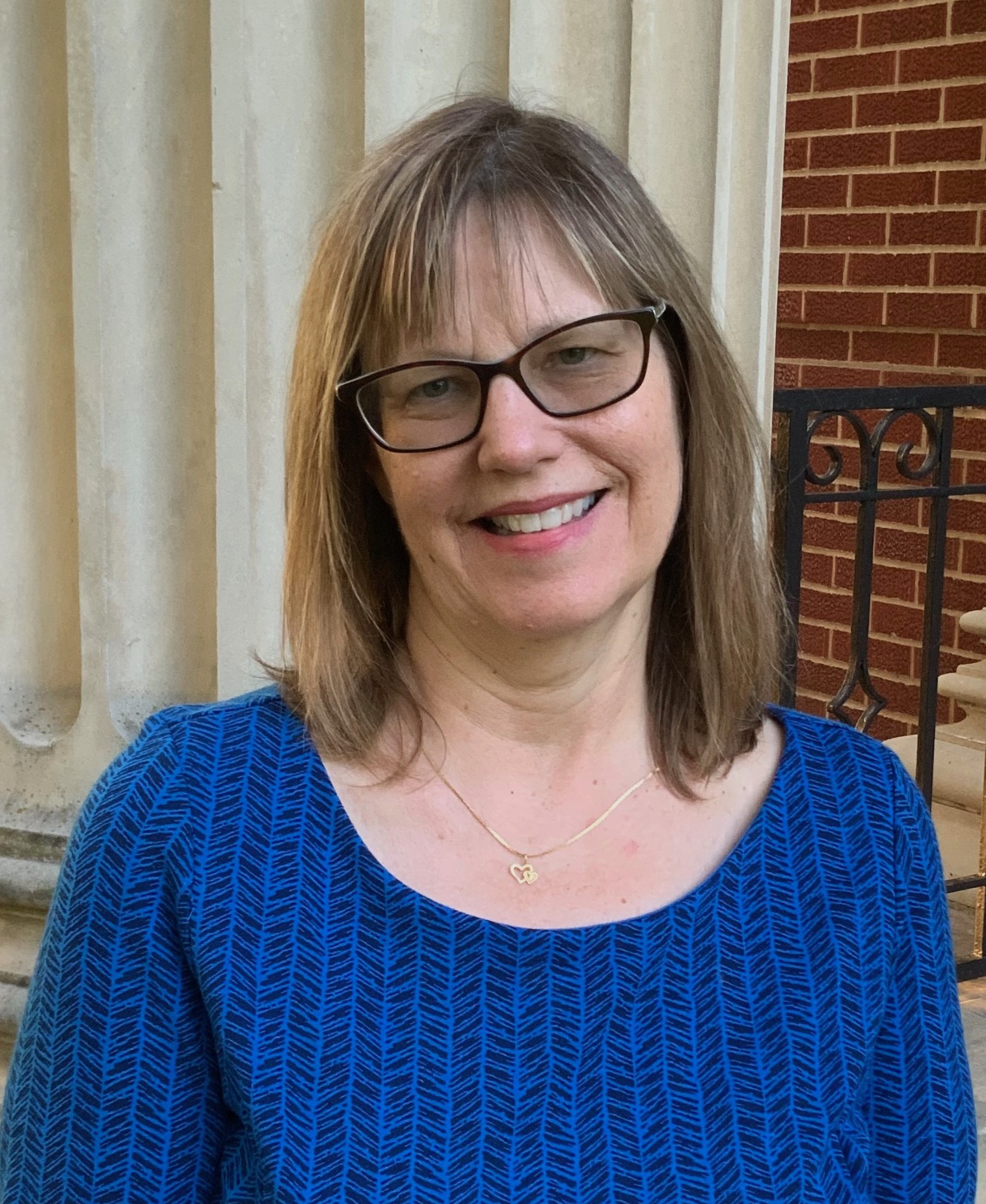 In spite of “twists and turns” along the way, Scales sees one constant: “It’s never a predictable or boring story.”

The early part of the story expands on research Scales already had completed for an earlier book, All That Fits a Woman: Training Southern Baptist Women for Charity and Mission, 1907-1926.

Progressive or conservative?
From its beginning, the WMU Training School in Louisville, Ky., lived with the tension of two impulses that often seemed at odds.

On the one hand, the WMU Training School bore the imprint of some WMU leaders who were influenced by the social gospel movement and took progressive positions. They prioritized Christian social ministry among the poor and vulnerable, and they made sure students at the WMU Training School could attend classes taught by professors from Southern Baptist Theological Seminary.

On the other hand, the WMU Training School included a “curriculum for ladies” that emphasized domestic training, nursing, music, art and other courses deemed gender-appropriate for home, church and mission field—but certainly not to prepare students to stand behind a pulpit.

“Were they progressive or where they maintaining the status quo and working within the system they had? … I can make the argument for either,” Scales said.

The WMU “program for personal service” with its emphasis on evangelistic social ministry laid the groundwork for an emerging social work emphasis at the school. The school exposed students to the developing field of professional social work both through classes and hands-on experience at the Good Will Center in Louisville.

Changing times in the 1950s
The 1952 WMU annual meeting in Miami approved a recommendation from the training school’s trustees to change the name to the Carver School of Missions and Social Work, revise the curriculum to focus as much on social work as on missions, and open the school’s doors to male students.

“Race became a front and center issue,” Scales noted. So, participants at the WMU annual meeting also approved the school trustees’ proposal to “enroll students without regard to race or nationality.”

In 1955, Freddie Mae Bason and Verlene Farmer became the first black students at Carver. Farmer roomed with Alice Carver, granddaughter of W.O. Carver, the Southern Seminary professor and supporter of the WMU Training School for whom the new school was named.

However, the Carver School of Missions and Social Work suffered a steady decline in enrollment. The Southern Baptist Executive Committee rejected a request for increased financial support from the Cooperative Program—which WMU had promoted since its inception—unless the SBC assumed control.

So, in 1957, WMU reluctantly agreed to turn over the assets of the Carver School to the SBC, which merged it with Southern Seminary’s School of Religious Education in 1963. In their book, Scales and Maxwell gave the chapter chronicling the period from 1958 to 1983 the title “A Guest in Another’s House.”

Students could earn a Master of Religious Education degree with a major in social work at the seminary. However, if they wanted an accredited social work master’s degree, they needed to complete those degree requirements at the Kent School of Social Work at the University of Louisville.

After 50 years as a woman-led entity, the remnant of the Carver School was run by men and operated by a male-dominated denominational structure, Scales noted.

Recapturing the vision, facing new controversy
But in 1970, Southern Seminary hired Anne Davis, a Carver School alumna with Home Mission Board experience and a graduate degree in social work from the University of Louisville. Within a few years, she became director of the social work department in the School of Religious Education and was committed to recapture the vision of the Carver School.

Under her leadership—together with a professor she hired, Diana Garland, and others—the Carver School of Church Social Work was established at Southern Seminary in 1984, and Davis became its founding dean.

Nine years later, when Davis stepped down as dean, Garland succeeded her.

By that time, the so-called “conservative resurgence” had changed the Southern Baptist Convention. Al Mohler was elected seminary president with a mandate to make sure Southern Seminary reflected that shift in perspective.

“When I interviewed Al Mohler, he wanted to make clear he did not come to Southern with a plan to shut down the Carver School,” Scales said. “But he essentially challenged Diana Garland: ‘Show me. Justify the school. Where does social ministry fit with evangelism?’”

“That has always been an area of tension” between Christians who see evangelism strictly as “preaching the word” of God and social ministry advocates who emphasize “doing the word,” she noted.

In 1995, Mohler rejected David Sherwood, director of the social work program at Gordon College, as Garland’s choice to fill a vacancy on the Carver School faculty because of his position that “women may be called to any role in the church.” Without a qualified candidate to fill the faculty vacancy, the school’s accreditation was jeopardized.

Carver School ends
That action triggered a breach between the dean and president that became irreparable when Garland spoke about it publicly and Mohler asked for her resignation as dean.

Mohler made it clear that the “culture of social work” and the theology of Southern Seminary were “not absolutely congruent,” and a trustee committee concluded in September 1995 it would be difficult to continue to offer an accredited social work program at the seminary.


But Scales believes “a big part of the legacy” of the Carver School at Southern Seminary lives on most significantly at Baylor University, where Garland—who died in 2015—became dean of the School of Social Work that now bears her name.

So, Samford University in Birmingham, Ala., approached Southern Seminary about moving the Carver School to the university. However, the deal fell through when the seminary refused to release the endowment WMU had established decades earlier. Eventually, after mediation, WMU secured the release of the endowment funds

Twenty years after the demise of the Carver School at Southern Seminary, Samford University established a Master of Social Work degree program that benefited from the WMU endowment.

Legacy lives on at Baylor
But Scales believes “a big part of the legacy” of the Carver School at Southern Seminary lives on most significantly at Baylor University, where Garland—who died in 2015—became dean of the School of Social Work that now bears her name.

“The key difference is that one was at a seminary, and one is at a university. At the Carver School, every person felt a call to ministry in the church or in a denominational ministry. It’s a broadening of the vision, because not all who enroll in the Garland School of Social Work identify as ministers in the sense of vocational calling,” Scales explained. 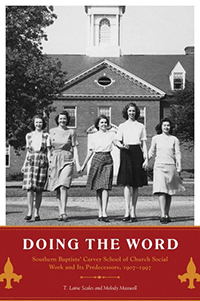 Admittedly, the social work profession—which had its roots in Christian benevolence organizations—distanced itself from religion nearly 100 years ago. But due largely to Garland’s work at the national level, the profession in recent decades grew to acknowledge Christian social workers can integrate their faith into their work in noncoercive and ethical ways.

“There is a reclaiming of social work’s early history, its early stories,” Scales said.

The Garland School of Social Work at Baylor has been able to build bridges between ministry and professional social work in ways the Carver School never could, she noted.

In the process, it has been able to “bring back together” the commitment to missions and social ministry that motivated the women who founded the Carver School’s predecessors but move beyond the prescribed gender roles that restricted them, she concluded.


This article first appeared in The Baptist Standard.
Explore More
Featured Meet Briana Fowler, 2022 Alicia Martinez MSW Spirit of Social Work Awardee Jun. 23, 2022 Briana Fowler is a first-generation college student from Austin, Texas, who, in her words, is a work in progress just trying to be a better version of herself every day…so much so that she has a tattoo that says it. And she is the 2022 Alicia Martinez MSW Spirit of Social Work Award winner. The Spirit of Social Work award is intended for students who embody the spirit of social work through engagement in and beyond the classroom, and who demonstrate a commitment to the values of the profession, and last year it was renamed to honor MSW student Alicia Martinez who lost her battle with COVID-19. Alicia was such a shining example of the spirit of social work both in and out of the classroom, and it only seemed fitting to honor her legacy in the profession through this award and judging by the words of one of Briana Fowler’s recommenders, Briana could not have been a better choice for of this award. Featured Q&A with MSW Community Practice Intern of the Year: Geneece Goertzen Jun. 13, 2022 Meet Geneece Goertzen, the 2022 MSW Community Practice Intern of the Year. Geneece is a May 2022 graduate who hopes to work with domestic violence survivors, to work with clergy and congregations around the topic of domestic abuse, and to one day go back to school and get her PhD. Her internship sites included Calvary Baptist Church and the GSSW's Center for Church and Community Impact. #sicem, Geneece! Featured Meet MSW Outstanding Student Trinity Martinez May 12, 2022 Pope Francis once said, “Go and show love to everyone, because your life is a precious mission: it is not a burden to be borne, but a gift to offer.” And when you meet our 2022 MSW Outstanding Student Trinity Martinez, you know no other mantra could better describe her. Trinity is an advanced standing student from San Antonio, Texas, but has lived all over the US and has traveled the world through mission work and study abroad programs, including countries such as Lithuania, Jamaica, Italy and Ireland. All of these experiences contributed to her ability to adapt well to change and exposed her to many cultures and diversity at a formative age. Today, she is a natural leader, committed to speaking up for others and standing up for what she believes. Featured Meet BSW Outstanding Student Micaela Jones May 9, 2022 From a family of educators arises Micaela Jones—emerging social worker. This graduating senior originally thought she would continue the “Jones legacy” as a teacher until she began student teaching and realized that many times, the “home prevented students from being able to thrive in the classroom.” Couple that with a heart for justice, and it became clear that social work was the correct path for Micaela to pursue so that she could impact change at a larger systemic level. It was this passion that earned Micaela the title of BSW Outstanding Student of the year! Research Healthy Bonds for Black Fathers-in-law, Sons-in-law Feb. 9, 2022 What does a healthy relationship look like for a Black son-in-law and his father-in-law? A study aims to answer that question and was published in “Psychology of Men & Masculinities” by University of Maryland School of Social Work’s (UMSSW) Assistant Professor Ericka M. Lewis, PhD, MSW, with Professor Michael E. Woolley, PhD, MSW, and Baylor University Assistant Professor Brianna P. Lemmons, PhD, MSW. Studies on in-laws are far and few between, less so for male in-law relationships, and even less so for Black male in-laws.
Are you looking for more Stories?
All StoriesArchives