Baylor>Community Connection Magazine >Stories>Meet one of our MSW Interns of the Year: Megan Jennings

Meet one of our MSW Interns of the Year: Megan Jennings 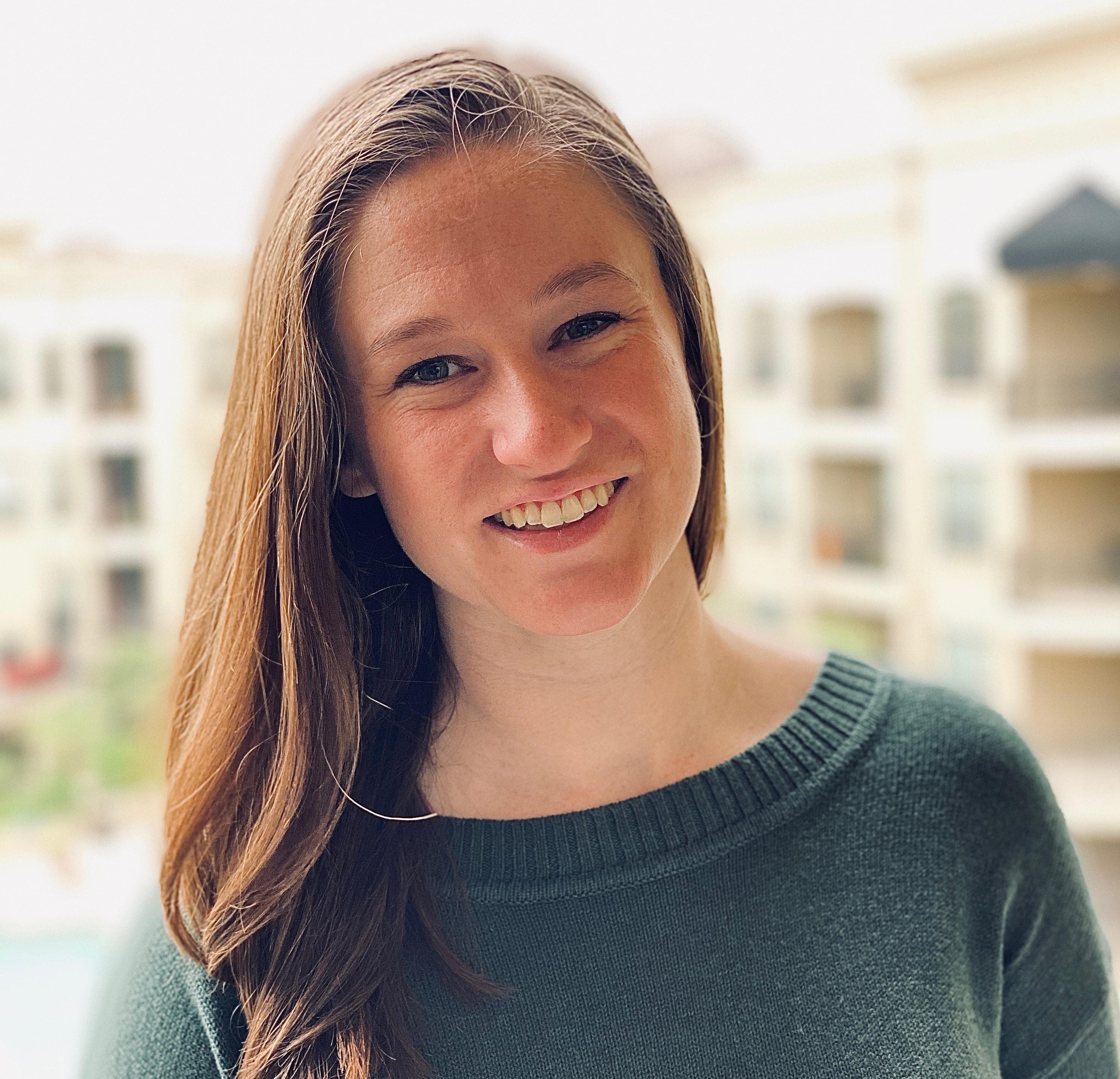 Megan is a dual-degree student from Rockford, Illinois, who began her Baylor career in 2012. She graduated is 2016 with a BA in religion, and then started her MDiv/MSW classes. She completed her coursework at Truett Seminary in the spring of 2018, and entered the MSW program in August. This month, she completed her educational journey.

Even though she majored in religion as an undergrad, it was during this time she realized she wanted to pursue an MSW.

“I minored in poverty and social justice as an undergrad which allowed me to take several courses in the School of Social Work and helped me realize I wanted to pursue my MSW,” Megan said. “I chose Baylor Social Work because of the unique dual-degree program with Truett Seminary, their Christian perspective and the prestige of the program.”

Megan sought a dual degree because she feels called to both occupational ministry and social work, and those two often work hand-in-hand. She said she “loves the way social work makes a lasting impact on both individuals and communities.”

Megan interned with the Waco ISD Homeless Outreach program and Restoring Justice in Houston. While at Waco ISD, she served homeless and unaccompanied students at University High School. It was here she realized just how much she enjoyed working with youth and in a school setting.

Her second field placement, Restoring Justice, is a faith-based nonprofit providing criminal indigent defense and wrap-around services for clients imprisoned in the Harris County Jail, caught in the cycle of mass incarceration.

“I learned so much from this placement because I was one of their first social work interns and was able to help develop what their social work services would look like as an organization,” Megan said. “I learned so much about a population that is so underserved, and I learned how big of an issue this is in our nation. I have absolutely loved both of my internships!”

Megan’s instructors are so proud of the work she has done at both placements but especially with Restoring Justice.

“Megan worked with a new agency to help build the social work role. She has educated and advocated so well for the continued growth for social services at the agency that they just recently hired a full-time social worker,” her instructor noted. “Megan is a creative social worker who was an active participant in problem solving for agency culture, client support, and the social service role within the agency.”

Congratulations, Megan!
Explore More
Featured Meet Briana Fowler, 2022 Alicia Martinez MSW Spirit of Social Work Awardee Jun. 23, 2022 Briana Fowler is a first-generation college student from Austin, Texas, who, in her words, is a work in progress just trying to be a better version of herself every day…so much so that she has a tattoo that says it. And she is the 2022 Alicia Martinez MSW Spirit of Social Work Award winner. The Spirit of Social Work award is intended for students who embody the spirit of social work through engagement in and beyond the classroom, and who demonstrate a commitment to the values of the profession, and last year it was renamed to honor MSW student Alicia Martinez who lost her battle with COVID-19. Alicia was such a shining example of the spirit of social work both in and out of the classroom, and it only seemed fitting to honor her legacy in the profession through this award and judging by the words of one of Briana Fowler’s recommenders, Briana could not have been a better choice for of this award. Featured Q&A with MSW Community Practice Intern of the Year: Geneece Goertzen Jun. 13, 2022 Meet Geneece Goertzen, the 2022 MSW Community Practice Intern of the Year. Geneece is a May 2022 graduate who hopes to work with domestic violence survivors, to work with clergy and congregations around the topic of domestic abuse, and to one day go back to school and get her PhD. Her internship sites included Calvary Baptist Church and the GSSW's Center for Church and Community Impact. #sicem, Geneece! Featured Meet MSW Outstanding Student Trinity Martinez May 12, 2022 Pope Francis once said, “Go and show love to everyone, because your life is a precious mission: it is not a burden to be borne, but a gift to offer.” And when you meet our 2022 MSW Outstanding Student Trinity Martinez, you know no other mantra could better describe her. Trinity is an advanced standing student from San Antonio, Texas, but has lived all over the US and has traveled the world through mission work and study abroad programs, including countries such as Lithuania, Jamaica, Italy and Ireland. All of these experiences contributed to her ability to adapt well to change and exposed her to many cultures and diversity at a formative age. Today, she is a natural leader, committed to speaking up for others and standing up for what she believes. Featured Meet BSW Outstanding Student Micaela Jones May 9, 2022 From a family of educators arises Micaela Jones—emerging social worker. This graduating senior originally thought she would continue the “Jones legacy” as a teacher until she began student teaching and realized that many times, the “home prevented students from being able to thrive in the classroom.” Couple that with a heart for justice, and it became clear that social work was the correct path for Micaela to pursue so that she could impact change at a larger systemic level. It was this passion that earned Micaela the title of BSW Outstanding Student of the year! Research Healthy Bonds for Black Fathers-in-law, Sons-in-law Feb. 9, 2022 What does a healthy relationship look like for a Black son-in-law and his father-in-law? A study aims to answer that question and was published in “Psychology of Men & Masculinities” by University of Maryland School of Social Work’s (UMSSW) Assistant Professor Ericka M. Lewis, PhD, MSW, with Professor Michael E. Woolley, PhD, MSW, and Baylor University Assistant Professor Brianna P. Lemmons, PhD, MSW. Studies on in-laws are far and few between, less so for male in-law relationships, and even less so for Black male in-laws.
Are you looking for more Stories?
All StoriesArchives