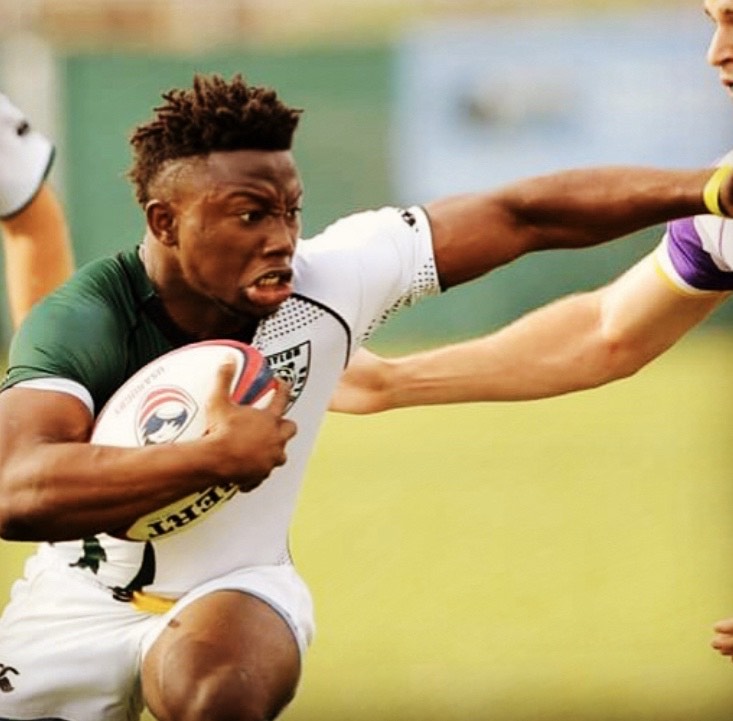 Abu Kamara excels both inside and outside the classroom and has known from his first semester of college that social work was right for him. Abu is an athlete, a humble academic and an aspiring social work rock star!

According to his classmates, Abu was the only male in his #BU20 cohort, and while this might be difficult for some, he has remained a "steadfast and humble learner throughout the years."

Abu asks the right questions, seeks to understand and always provides thoughtful insight in the classroom.


He takes a posture of humility, seeking first to understand and then to be understood.

"His contributions to class discussions are always insightful and his unique perspective from his lived experience has definitely added not only to classroom dynamics but the cohort as a whole," said one of his classmates.

His professors seem to feel the same.

"Abu has worked extremely hard to be a faithful and competent social work practitioner," one said. "I have seen him use opportunity after opportunity to knock down the many barriers that might otherwise have stood in his way at Baylor."

Abu embodies the core values of "importance of human relationships" and "dignity and worth of all people". And although he is deeply situated in his faith, he has allowed for his understanding of people and their problems to grow and change over the years, his professor added. He takes a posture of humility, seeking first to understand and then to be understood.

"I can't think of a better candidate for this award," noted his professor.
Explore More
Community COVID-19 and Women’s Mental Health: The Impact on Wellbeing, Disparities, and Future Implications Apr. 1, 2021 The Coronavirus, first declared as a global pandemic on March 11th, 2020, has impacted millions of individuals in a variety of ways. Across the nation, people have suffered financially, physically, and emotionally from the virus. As a result, an immense number of individuals’ mental health amongst every age group have taken an extreme toll. However, a prominent population that has been heavily impacted have been women. According to research, the fatality rate for men has been twice as high than for women – however, the pandemic has impacted more women’s mental health than men. Because women represent the majority of the health workforce, they have been at a greater risk for COVID-19 and the emotional toll it comes with (Thibault, 2020). The effects of quarantine alone have caused many to feel isolated, lost, and scared, which is distressing for anyone – but add a susceptible population for increased mental health issues into the mix, and you have a recipe for disaster. Community Falling Seed: How to provide pastoral care for complicated grief Apr. 1, 2021 Grief is a part of life for every person and, therefore, is a natural part of life for every church community. Two of the most foundational duties of those in ministry are to walk alongside those who are grieving and to conduct funerals for the deceased and their loved ones. While the church is no stranger to grief, the COVID-19 pandemic has presented new challenges in how the church approaches and supports those grieving the loss of loved ones. C3I Why You Should View Your Words as Expressions of Love Apr. 1, 2021 Words have power; they can carry freedom or they can carry weight. We often forget that power also resides in names. Our names are what we closely identify with in places of comfort and places of estrangement. Knowing someone’s name can allow them to feel safe and cared for, just like forgetting someone’s name can make someone feel shame and embarrassment. The adjectives or labels that we ascribe to someone also carry weight. When talking to or about someone who is in a vulnerable state, the words used are particularly important. For example, there is a common tendency to call individuals who are on the journey out of addiction and in recovery as “addicts” or “alcoholics.” The intentions might be pure, but the verbiage is haunting. “Hi, my name is Lacey, and I am a new creation in Christ Jesus.” This statement was a hopeful reminder of a new identity I received when accepting the gift of salvation. Community Women In Social Work Apr. 1, 2021 In honor of women’s history month, I want to take a moment to emphasize the diversity of women in Social Work, and acknowledge contributions to the work of intersectionality that encompasses women’s issues. “Social workers are tasked to examine roles, equity and fairness not only in the profession, but within society and with the women they serve each day (NASW, 2021).” The role of the social worker is to promote social justice in all aspects of life including advocating for meaningful change for a better tomorrow. Social work is an emerging field with women taking the lead in addressing women’s rights. According to CSWE Annual 2019 report, 74.1% full time faculty in accredited Social Work universities are women (Council on Social Work Education, 2019). C3I After spiritual trauma, finding welcome in church once more Mar. 19, 2021 Growing up, the church always was a safe place for me. I grew up in the same small-town church my entire life, and a lot of our life revolved around the church. Sundays were filled with Sunday school and the beloved evening prayer meeting, while Wednesdays were for mission group and choir. Our church felt like a village, a family that was raising me alongside my family of origin. As a teenager, this could feel smothering at times. The beloved elderly church ladies had a running commentary on my life; out of a place of love, they would frequently express their opinions on my life choices — both positive and negative. Overall, my church was a safe, loving, nurturing place to be.
Are you looking for more Stories?
All StoriesArchives