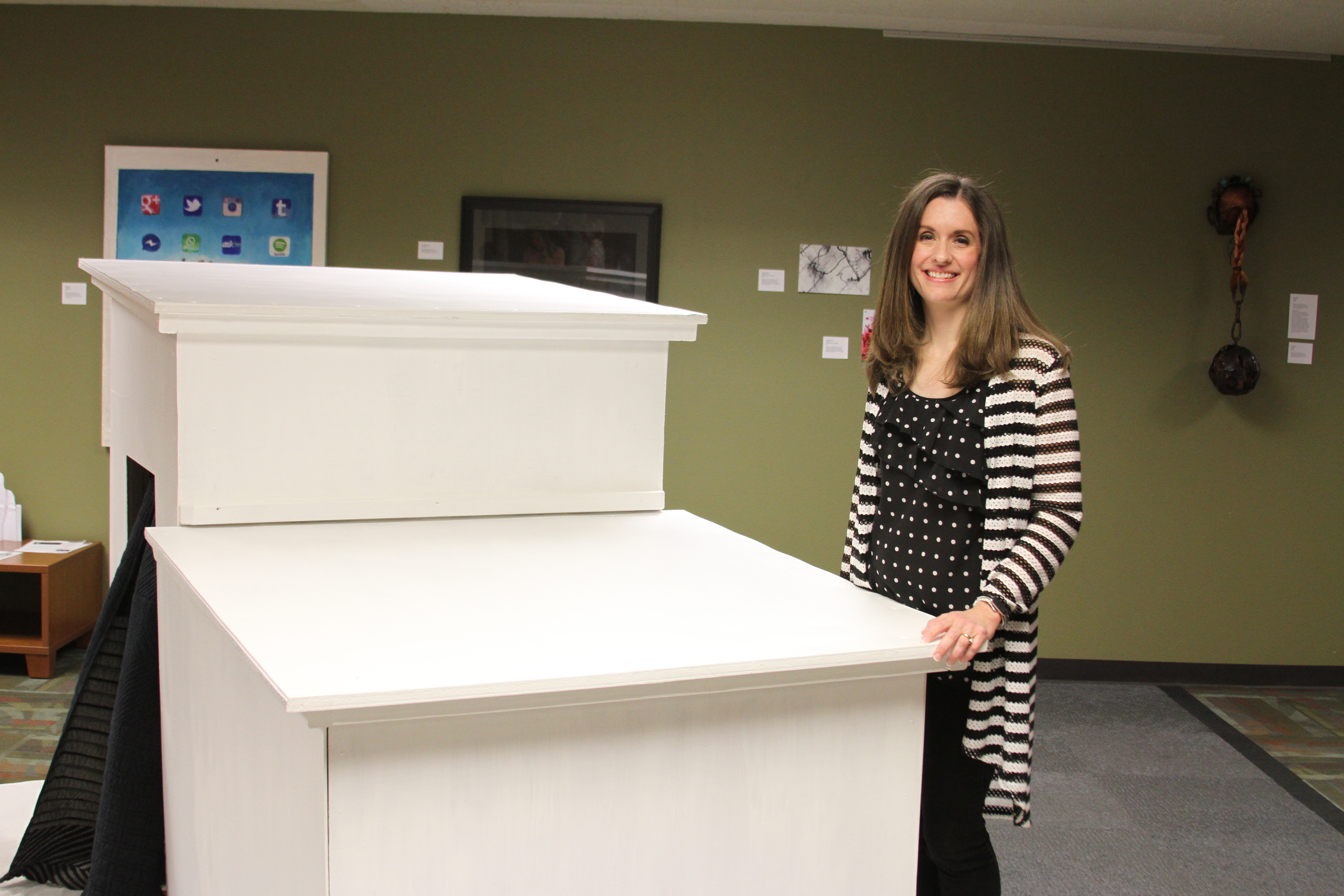 King first studied theatre as an undergraduate, then received a Masters of Art Museum Education. She has worked for years at various art museums, but found she wanted to do an exhibit on her own outside of a museum setting.

The road leading to the creation of Artifacts of Human Trafficking started nearly four years ago. King found out a friend’s sister had gotten caught up in a human trafficking situation. Thankfully, her friend and Child Protective Services were able to save the sister, but this story impacted King immensely.

“That got me thinking about how close to home this issue actually is. It can be our siblings, it can be our children, it can be the teenager next door,” King said.

Amie soon wrote a short fiction story inspired by her research and wanted to do a photography project to go along with it. She approached a close photographer friend about it and he did not want to shoot the photos.

I want to give people something to look at that will help them see [human trafficking] is very real, but there is hope, while empower them to actually act and do something about it.

Her friend pointed her to another photographer who helped her with the photos she wanted. The dark setting for those photos exposing human trafficking served as the catalyst for what would become Artifacts of Human Trafficking. Isolation, as well as desperation and deception, emerged as prevailing themes of human trafficking she wanted to shed light on with art.

“I think you are isolated emotionally, mentally, physically. You can be standing in a crowd and be a trafficked person and no one would ever know,” King said.

Once King knew she wanted to create Artifacts of Human Trafficking, she worked on art of her own and recruited Austin artists to contributed pieces, while also sending out a call to other artists which garnered submissions from all over the world, from Italy to India.

“We were shocked when entries started coming in from around the world,” King said. “Clearly this is a topic that interests a lot of people.”

When asked about some of the focal points of the installation, King mentioned Lyle Adair’s Madison, a piece depicting a girl with a ball and chain braided into her hair, as one she is proud to have on display that has greatly impacted past viewers. King also highlighted her isolation room standing at the center of the installation. The isolation room serves to give viewers the experience of being isolated while surrounded by other people.

King is excited for Artifacts of Human Trafficking to be viewed by new audiences and hopes the art on display can show people the realities of human trafficking, while also offering hope and calling people to action. Alongside the installation, there will also be flyers from various anti-human trafficking groups and other resources for identifying human trafficking so people can make an impact in their daily lives.

“[The installation] is about empowering people to not be afraid to say something, to not be afraid to notice,” King said. “I want to give people something to look at that will help them see [human trafficking] is very real, but there is hope, while empower them to actually act and do something about it.”

*Visitors to the exhibit should call one of the posted numbers on the front door to enter the GSSW building for entrance.