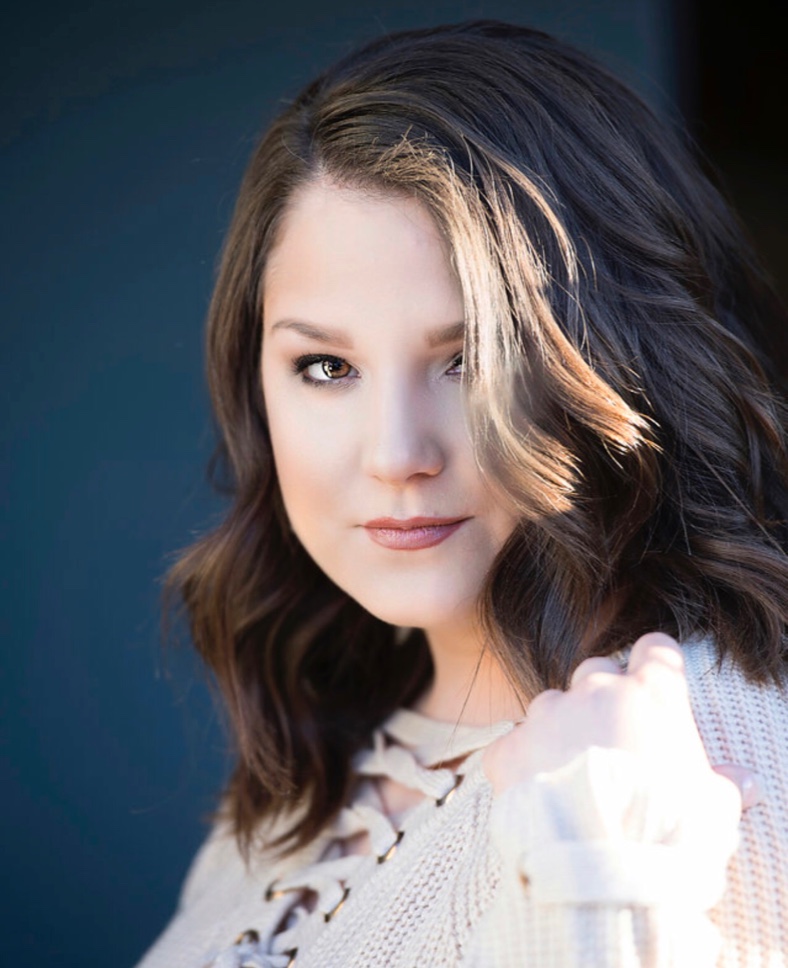 Students often come into a class wondering what it is their professor wants them to learn, but Dr. Helen Harris encourages students to be more personally invested in her courses.

“It’s really important, if students are going to learn, that they engage with their own passion around the topic,” Dr. Harris said. “I have a syllabus that has course objectives, but I don’t know how meaningful those really are to students. One of their first assignments in any class I teach is to write their own course objectives for this course. [I ask] ‘What do you want to take away from this course and how will you know whether, and to what extent, that has happened?’”

Kayle Dickie, a second-year MSW student in Dr. Harris’s Clinical Practice course, took the call to personal objectives seriously. She grew up singing, particularly in church, and writes songs, so she sought to connect what she was learning with her passion for music. After Dr. Harris introduced the idea, Kayle soon knew she wanted to write a song addressing the topic of suicide. Throughout the course, Kayle was greatly impacted by stories of suicide victims, so she was inspired even more to raise awareness.

The song Dr. Harris’s class inspired Kayle to write is titled “Dear You.” The song is written from three perspectives: the first verse is from the perspective of someone writing a suicide note; the second is from Kayle’s perspective where she says what she wishes she could tell people dealing with suicidal ideation; and the third is from God’s perspective, providing hope to the person in the first verse.

I hope when people listen to the songs they have hope and realize where God can bring them … there’s another side to things, and they are going to get through this.

Along with “Dear You,” Kayle will soon release a full album of songs tackling various issues of loss and grief, influenced by her own life and passion for social work entitled Songs of Deliverance.

“I find music as a really good way to highlight certain issues…I try to highlight the hard things and say the truth about them in a positive way,” Kayle said. She hopes her music will serve to inspire people who have dealt with similar struggles.

“All the songs are from a personal place in my life––some good, some bad. I hope when people listen to the songs they have hope and realize where God can bring them … there’s another side to things, and they are going to get through this.”

Kayle was greatly impacted by the course she took with Dr. Harris, but made it very clear that it was Dr. Harris’s character that really shined in the classroom.

“She’s a great teacher, but I feel like that’s not enough to say about her. She is just inspiring,” Kayle said. “She taught us all these things about social work, but she’s also taught us about ourselves and about life.”

As with many students at the GSSW, Kayle’s faith is an integral part of how she looks at the world. You can see it in the lyrics of her music and in even the briefest of conversations with her. With that in mind, she has been blessed by the GSSW’s encouragement of students to explore how faith can work alongside, and enrich, social work practice.

“Coming here and being able to figure out faith with practice has been something I have craved and wanted for a long time. I’m really glad that is a part of the program here,” Kayle said. Before coming to the GSSW, she received her BSW from a school that did not spend much time discussing faith.

“The program is just awesome to me. I think…not I think––I know that if I had to do it over again, I would pick [the Garland School of Social Work] again,” Kayle said.

Listen to "Dear You" below:

Explore More
BSW Q&A with BSW Intern of the Year: Maddie Gonzales Jul. 5, 2022 Why did you choose social work? Would you say social work is your “calling”? If so, why? After adopting my sister in 2017, I gained a love for counseling and an admiration for what social workers did for families and clients. I knew that I wanted to do for others what was done for me: comfort, aid, acknowledgment, and so much more. Every day through my classes here at the GSSW I felt affirmed in my choice of major. Not only was the content exciting but has encouraged me to find social work in all aspects of my life. The professors and peers that I have come alongside these four years have also added to my love of Social Work and my experience in growing through education. All have shown what social work is in every facet of living, whether it be through advocation, support of each other, new ideas or perspectives, and so much more. Social work has been such a blessing and constant within my time here at Baylor and I am excited for what is to come through obtaining my MSW. Featured Meet Briana Fowler, 2022 Alicia Martinez MSW Spirit of Social Work Awardee Jun. 23, 2022 Briana Fowler is a first-generation college student from Austin, Texas, who, in her words, is a work in progress just trying to be a better version of herself every day…so much so that she has a tattoo that says it. And she is the 2022 Alicia Martinez MSW Spirit of Social Work Award winner. The Spirit of Social Work award is intended for students who embody the spirit of social work through engagement in and beyond the classroom, and who demonstrate a commitment to the values of the profession, and last year it was renamed to honor MSW student Alicia Martinez who lost her battle with COVID-19. Alicia was such a shining example of the spirit of social work both in and out of the classroom, and it only seemed fitting to honor her legacy in the profession through this award and judging by the words of one of Briana Fowler’s recommenders, Briana could not have been a better choice for of this award. Featured Q&A with MSW Community Practice Intern of the Year: Geneece Goertzen Jun. 13, 2022 Meet Geneece Goertzen, the 2022 MSW Community Practice Intern of the Year. Geneece is a May 2022 graduate who hopes to work with domestic violence survivors, to work with clergy and congregations around the topic of domestic abuse, and to one day go back to school and get her PhD. Her internship sites included Calvary Baptist Church and the GSSW's Center for Church and Community Impact. #sicem, Geneece! Featured Meet MSW Outstanding Student Trinity Martinez May 12, 2022 Pope Francis once said, “Go and show love to everyone, because your life is a precious mission: it is not a burden to be borne, but a gift to offer.” And when you meet our 2022 MSW Outstanding Student Trinity Martinez, you know no other mantra could better describe her. Trinity is an advanced standing student from San Antonio, Texas, but has lived all over the US and has traveled the world through mission work and study abroad programs, including countries such as Lithuania, Jamaica, Italy and Ireland. All of these experiences contributed to her ability to adapt well to change and exposed her to many cultures and diversity at a formative age. Today, she is a natural leader, committed to speaking up for others and standing up for what she believes. Featured Meet BSW Outstanding Student Micaela Jones May 9, 2022 From a family of educators arises Micaela Jones—emerging social worker. This graduating senior originally thought she would continue the “Jones legacy” as a teacher until she began student teaching and realized that many times, the “home prevented students from being able to thrive in the classroom.” Couple that with a heart for justice, and it became clear that social work was the correct path for Micaela to pursue so that she could impact change at a larger systemic level. It was this passion that earned Micaela the title of BSW Outstanding Student of the year!
Are you looking for more Stories?
All StoriesArchives