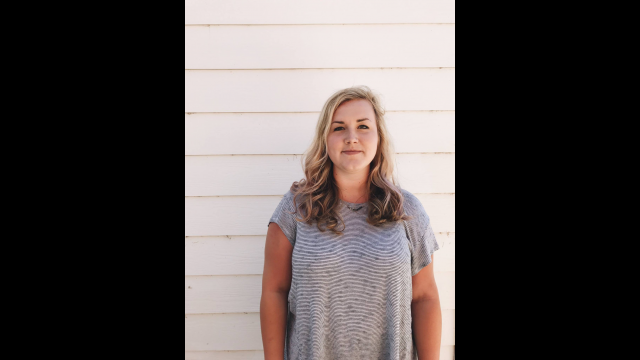 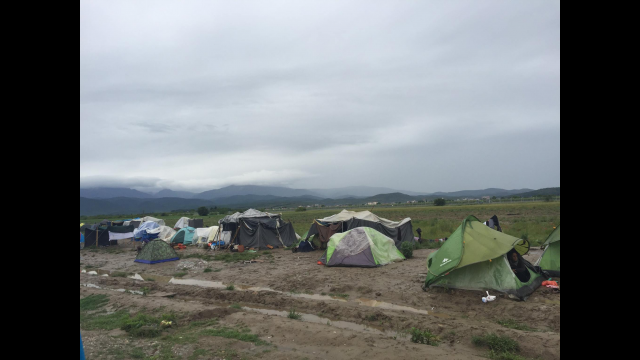 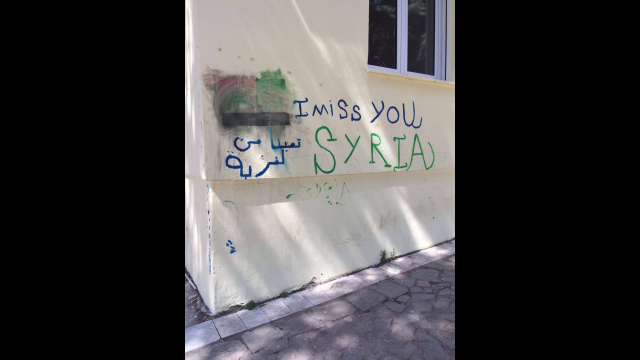 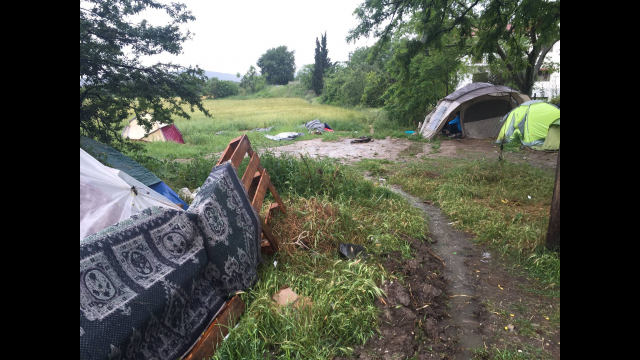 Growing up, BSW student Aimee Bennett was particularly concerned with issues of homelessness, poverty, and child abuse. Aimee came to Baylor as a speech pathology major, with her parents' encouragement, but eventually found that she wanted to pursue a career where she would develop more personal relationships.

"As I started to look into [social work] more, I realized…social work could give me an opportunity to have client interaction while exploring those things I was passionate about," Aimee said. After learning more about social work, she was sold and changed her major during her sophomore year. Her childhood passions and social awareness would later fuel her desire to pursue a career in social work.

I felt a strong emotional pull toward the refugee crisis and outrage … I know there are people responding, but there is so much the world could be doing [to help].

"As I got older, I felt like it was almost a civic duty to be informed on what was going on. Especially with social work, it is so important to be informed and up to date on things because current events and the [current] political climate affect our profession so much," Aimee continued.

The combination of Aimee's consciousness attitude towards current events and yearning to help those who have endured trauma led her to be particularly interested in refugees fleeing Syria after the onset of Syrian Civil War in 2011.

"I've found that I am drawn to people who have endured traumatic experiences because of the impact that [trauma] can have on an individual's life," Aimee said. "I long to see holistic recovery for people that have endured trauma."

"I felt a strong emotional pull toward the refugee crisis and outrage … I know there are people responding, but there is so much the world could be doing [to help]." Aimee said. "That led me to look for any outlet where I could have some kind of impact there." After following the conflict closely for a few years, in 2016, Aimee had the opportunity to spend her summer in Greece as part of Antioch Community Church Waco's relief effort, Engage the Crisis.

Having face-to-face interaction was enriching for both Aimee and the refugees she served; however, it also opened her eyes even more to the needs of refugees and others who have endured unimaginable trauma.

"Professionals would say that Syrian refugees…are some of the most traumatized populations they have ever seen," she said.

After transitioning back to life in the U.S. and at the Garland School of Social Work (GSSW), Aimee had an even more focused desire for holistic approaches to the physical, mental, and spiritual health of those who have endured trauma.

Naturally, she wanted to take what she had experienced in Greece and tie it to her studies in social work. She took a social work class with professor Jennifer Dickey that focused on refugees. As part of this class, she was able to work with a population of refugees relocated to the Dallas/Fort Worth Area. Aimee was better able to learn about what refugees face from a clinical perspective with this opportunity.

"One thing [I learned was] recognizing the levels of trauma," Aimee said. "I think when [trauma] is targeted and you can start to find the root of that…healing and recovery for a person is really possible," Aimee said. She also learned more about personal boundaries and self-care for professionals in the field and was encouraged by the resilient attitude of relief workers she was able to partner with in Fort Worth.

Overall, Aimee's time at the GSSW has allowed her space to explore her passions and be surrounded by professors and students who are willing to dialogue about tough subjects.

"It's been nice for me to have a safe space to question and, especially in the past year, be grieved over things that have happened in our nation--things that are directly affecting the social work profession--[while having] professors and colleagues who are comfortable with and willing to enter that space too," Aimee said.

Not surprisingly, Aimee has also loved the GSSW's focus on integrating faith in practice, especially after working closely with religious populations.

"Faith and social work practice can feel like two very different things much of the time. I think people view social work as very liberal, and many of people don't see how the two can go together," Aimee said, acknowledging the continued need for integration of the two in social work education.

Aimee said it has been really impactful for her, "having been taught and led by people who have lived in that in-between place of holding to their faith…things they believe, and values and virtues…and also the morals and ethics of social work--figuring out how they fit together in different situations with different fields of social work. It has been encouraging to see how the faculty have done that in the different areas that they've worked."

Aimee plans to pursue her MSW in the near future and would like to live in a city with a large refugee population so she can continue to work with them but is generally interested in working anywhere she can make a difference regarding trauma recovery and therapy.