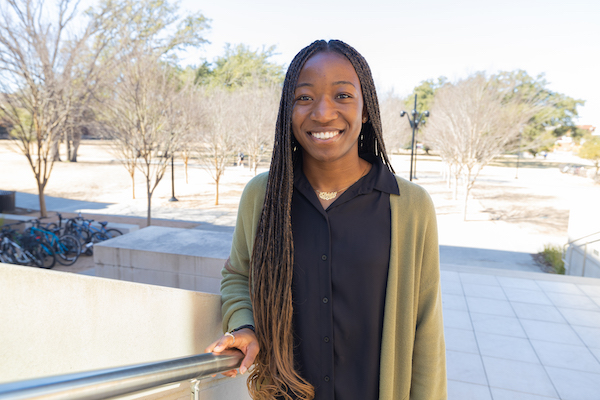 The newly established Black Business Student Association (BBSA) is gearing up for its first semester as an official student organization at Baylor University.

BBSA President Chidi Okeke said the organization hopes to promote unity and community for black students at the Hankamer School of Business.

"Some of our main goals are to help people secure internships and, of course, jobs," Okeke, a senior Management Information Systems and International Business major said. "After college, we want to give people the tools to have the best resume possible and successfully interview and network."

BBSA was an interest group starting in late November 2021 until becoming an official student organization in January 2022. The transition was supported by many leaders in the Business School, including Sandeep Mazumder, the William E. Crenshaw endowed dean. Okeke said Mazumder was instrumental in the organization's development.

BBSA kicked off the semester with their first meeting on Feb. 2 in which the executive board discussed upcoming events and introduced themselves to current members.

"We have about 15 members right now and have an ongoing recruiting process," Okeke said. "People can join at any time throughout their time at Baylor."

Okeke hopes to build a community of people who can help one another flourish during their time at Baylor and beyond. BBSA will hold a series of events in which they will give their members the tools to succeed in their job and internship search. These will include resume and interview workshops, as well as an event in which students can get their professional headshots taken for LinkedIn and other networking platforms.

"A lot of BBSA upperclassmen recognize that a big part of landing the internship or job is how you present yourself and communicate with whoever is on the other side," she said.

BBSA is still in the process of planning future events but has a clear vision to be a helpful resource for black business students to utilize, Okeke said.

"Long term, we want to be a household name in the Hankamer School of Business," she said. "We want people to come to us for information and general guidance as they are in the business school and help them network with BBSA alumni."

Having an alumni network will be helpful for current members to learn from and get their foot in the door in an industry they hope to work in, Okeke said.

"Building the community of people is really the most important thing," she said. "Even when members go on to become alumni, having connections with students that are still at Baylor will go a long way in giving back."