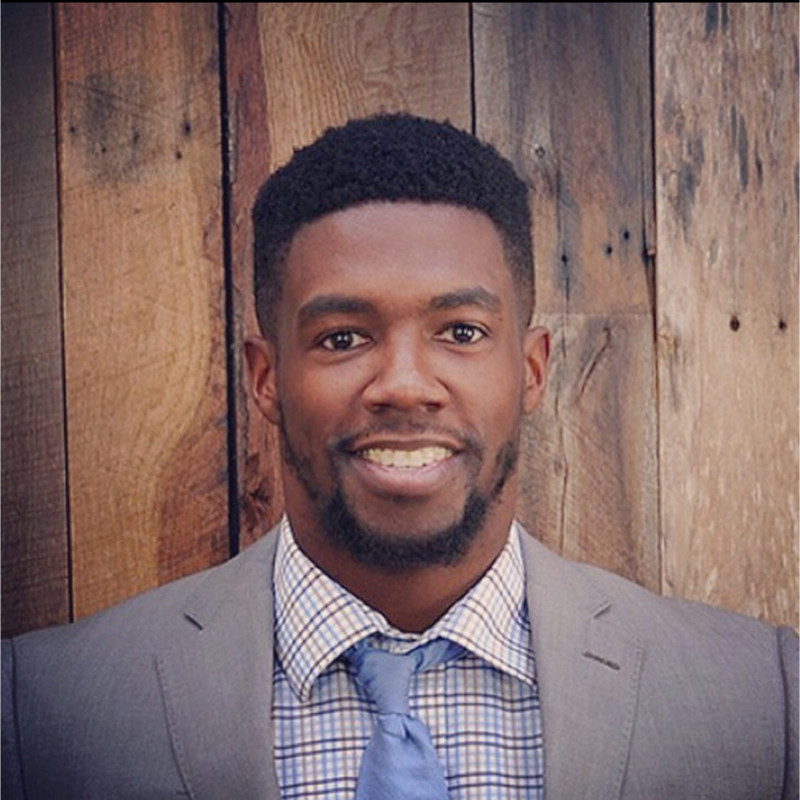 Tyler Grogan, MBA ’22 credits his Baylor MBA with a concentration in cybersecurity with helping him sharpen his skills and prepare for higher levels of leadership in his industry.

Tyler Grogan has always felt drawn to serve and protect.

After nearly eight years in the Army, the Michigan native realized that he could pursue a career in security from behind a screen, not just on a battlefield. Since re-entering civilian life, he has spent the past six years honing his expertise in cybersecurity at Bank of America. He credits his Baylor MBA with a concentration in cybersecurity with helping him sharpen his skills and prepare for higher levels of leadership in his industry.

Tyler studied business for a semester at Ferris State University before deciding to switch gears and join the Army in 2006. He completed two tours in Afghanistan and one in Iraq as an infantry soldier, earning the rank of E-6 staff sergeant. Eventually, he reached a point of contentment with all he had accomplished.

“I led teams on missions, graduated from ranger, airborne and sniper school, traveled abroad and did everything else I set out to do,” he said.

After an honorable discharge in 2013, he spent two years working as a private security contractor for the U.S. Department of State at the U.S. Embassy in Baghdad. During this period, he began to research potential careers that were security-oriented and in high demand. Cybersecurity fit the bill.

During his time in diplomatic security, he would typically be deployed for 105 days before taking 35 days of vacation. For two years, he spent his vacation days making progress toward a bachelor’s degree in information security from American Military University and earning IT security certifications.

“Even though I left college for the military at a young age, I knew that I never wanted to give up an education,” he said.

After finishing his bachelor’s degree, Tyler landed a role at Bank of America as a systems engineer II on a global information security team. Over the past six years, he has become a certified information system security professional (CISSP) and moved up the ladder to the role of vice president and cyber security risk officer for the bank’s Global Risk Management office.

Tyler works from the safety of his office, a far cry from Baghdad or Kabul, but the battlefield is no less intense. While Bank of America’s first line of defense is busy identifying and responding to cyber-attacks against the corporation’s global network in real-time, Tyler’s team—which he describes as the second line of defense—conducts monitoring, testing and targeted assessments to evaluate the effectiveness of cybersecurity processes and controls in the first line of defense.“We are essentially a second set of eyes to minimize cyber risk,” Tyler said.

Tyler’s work is never finished. Around the clock, Bank of America is a target for cybercriminals, “hacktivists,” state-sponsored actors and insider threats with varying sets of motives, including monetary gain, disruption, fame and bragging rights. Using a shifting kaleidoscope of underhanded tactics, they seek to breach the global network through any means possible. “We are constantly investing in top talent and improving our own processes and controls to be resilient,” Tyler said.

Drawing back on his time in the first line of defense, he deploys a wide range of technology security solutions, policies and physical security—also referred to as defense-in-depth strategy—to eliminate any possible chink in the armor.

“If we are even a day behind our adversaries, we have a problem,” he said. “We are continuously monitoring the threat landscape to minimize the probability and impact of a major incident materializing, which could result in fines, litigation and reputational damage.”

In the future, Tyler aspires to become a chief information security officer—the top job in his line of work. He knew an MBA would not only fulfill his need for constant learning and growth; it would also help him progress more quickly.

Baylor’s MBA program with a concentration in cybersecurity, which Tyler finished in May 2022, expanded his skillset in ways he did not expect. “Even though I work in the industry, I found the fundamentals of cybersecurity course challenging in some ways,” he said. “I quickly learned how much more there was to learn.”

While he had already accumulated an extensive working knowledge of the components of a network, for example, the course helped him develop a more systematic approach to evaluating threats and opportunities related to each component.

While cybersecurity is highly technical, it is also a collaborative field that requires him to build smooth working relationships with cross-functional teams and diverse stakeholders. Through coursework and group projects, his MBA experience gave Tyler countless opportunities to improve his relationship-building and conflict-resolution skills. It also imparted a greater degree of fluency in diverse areas of business, preparing him to relate and interact with leaders from different backgrounds.

“Eventually, I need to be the kind of leader who understands security but also understands how it relates to the other parts of a business,” he said.

Tyler has already witnessed a return on investment, noting that he is now being considered for roles that would have passed him by prior to his MBA experience. Ultimately, though, he measures success through job satisfaction even more than through advancement.“Each cybercriminal we can identify and disrupt is one less threat on the internet trying to do people harm,” he said. “There is great reward in forming a line of defense against evil.”

Are you ready to build a career in cybersecurity? Click here for more information or fill out the form below to speak directly to an admissions advisor.