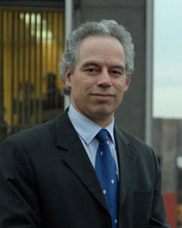 Mario Marconini is an independent international consultant specializing in foreign trade and economic integration. He is currently the Director of a Ford Foundation project on the future of Mercosur and a Senior Associate at the Washington-based Center for Strategic International Studies (CSIS). Marconini is also a Senior Associate at the International Center for Trade and Sustainable Development (ICTSD) in Geneva. With eight years of experience as Counselor at the GATT/WTO, he has previously served as Deputy Secretary for International Affairs at Brazil's Ministry of Finance and as Secretary of Foreign Trade. He holds an M.A. in economics from the Graduate Institute of International Affairs in Geneva, an M.A.L.D. from the Fletcher School of Law and Diplomacy, and an M.A. in political science from Illinois State University. Furthermore, Marconini works with corporate clients including the Federation of Industries of the State of São Paulo (FIESP), the São Paulo Stock Market (BOVESPA), and the Brazilian Federation of Banks (FEBRABAN).