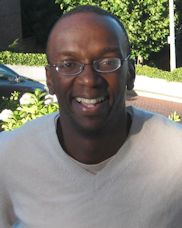 Dr. Isaac M. Mbiti is an Assistant Professor of Economics at Southern Methodist University, where he joined the faculty in 2007. He also serves as an affiliated professor of the Abdul Latif Jameel Poverty Action Lab (J-PAL) and was a Martin Luther King Visiting Assistant Professor at the Massachusetts Institute of Technology during 2010-2011.