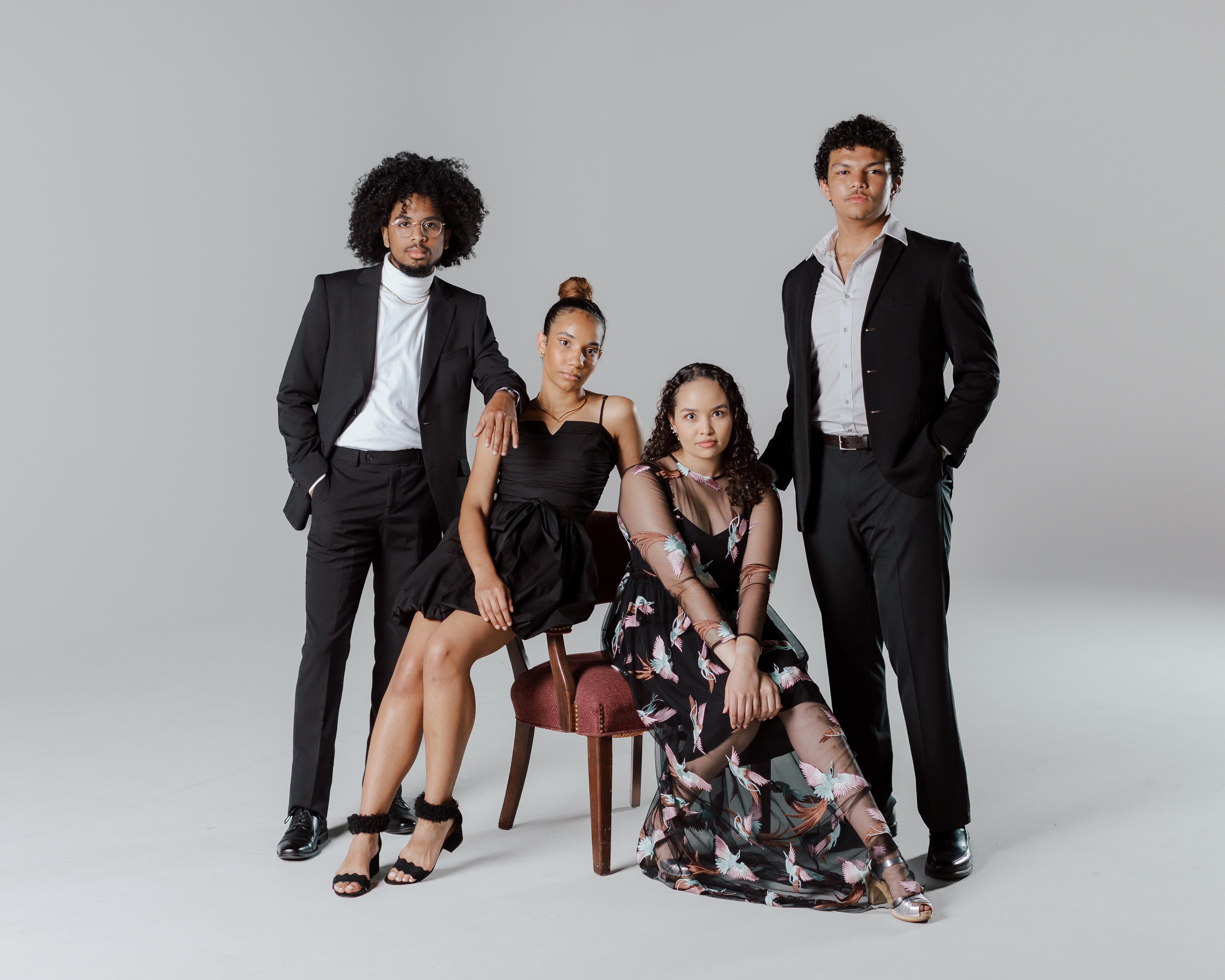 Closing out the 2021-2022 Baylor Theatre season, "Moon Man Walk" is set for a six-show run April 27-May 1 at the Mabee Theatre in the Hooper-Schaefer Fine Arts Center. Featuring an ensemble of four Black actors and penned by prolific Black playwright James Ijames, "Moon Man Walk" tells the story of a young man named Spencer, who travels back to Philadelphia for his mother's funeral. As he recalls the stories his mother told him, he finds love, a glimmer of hope in his darkest moment and the truth about his ever-distant father.

The production's director, Sam Henderson, BFA ‘05, Baylor lecturer in theatre and film, shares his experiences bringing the production to Baylor Theatre, leading the all-Black cast as a Black director and details the remarkable story at the center of the play.

How did you find the play and what led you to bring it to Baylor?
“The play came to me through a couple of colleagues during the summer of 2020 – I mean, the whole world was shut down and we were trying to figure out things as they were happening. It was the old cliché of building the plane while trying to fly it. I was approached by a few people in the department as a suggestion to direct it.

What’s special about it as it relates to Baylor is that it requires four Black actors and it’s a Black playwright. The concern was if we put it up in the 2021 season, would we come up against the possibility of it being on Zoom? Or having it be pre-recorded? Is that the kind of experience we want to deliver to individuals? It’s an unprecedented occurrence. Is that really the best way to deliver it to the general public? We decided, no, we should probably try to put this in a year where we could have a live audience. We’ve been able to have live audiences and full houses for the duration of this season, so as the last show of the season, we’re going to be able to present it in-person.”

What can audiences expect for the “Moon Man Walk” production?
“It’s a play by James Ijames about a man who has to fly back to Philadelphia to bury his mother after her passing. He’s an only child and he is now tasked with making funeral arrangements for his mother. It is in one part a memory play, because he’s piecing back together memories of his mother and lessons that he’s learned and how sudden all of this is happening.

The play is working towards Spencer, who is the protagonist in the play, finally meeting the real version of his father. It’s a very, very sweet play, it’s a hopeful play. It preys on a lot of nostalgia. There’s music from the 80’s and contemporary music as we go back and forth in time.”

As a Black director and working with the four Black lead actors, what do you think is the message that will most connect with audiences?

“The thing that attracted me the most to the play – the most endearing thing about it is how familiar the characters and the stories are and why I think this is a special moment. Outside of, you know, the people who are in the play and me and the playwright is that this would not be appropriately billed as a race play. Right? This is not about slavery. It's not about the civil rights movement. It's not about police brutality. Now there is unfortunately still places and times for those plays, and there's some great plays written about those very things, and I think they should still be done, but that is not what this play is. This is a play about right now. This is a play about hope, time, memory, love.

The main character finds love along the way and finds this individual who helps him figure out how to put the pieces together and get a support system. And if you watch the play with your eyes closed, it wouldn't really be that different from anything you've experienced in terms of storytelling. It's just that the big to-do is people of color don't often get to be the ones who are allowed to tell familiar stories on stage. It just doesn't happen very often for people of color to be in plays professionally. We get pigeonholed into specific kinds of plays, based on those things I just mentioned. It's not just, ‘Oh, here's a play about life that happens to have Black people.’ That's what I really love about this play. It doesn't matter who you are. If you show up, there's going to be something that's very, very familiar about it. There's going to be a song in it that you recognize. There's going to be a relationship in it. There’s going to be feelings that are shared between the characters that are going to be very familiar to you. And it doesn't matter what you look like – religion, race or creed. It’s going to be very familiar. I think that's the charm of it. It allows some of our minority actors to really be themselves, while at the same time, they're allowed to tell a story that's very, very familiar, just like many of their peers would be in a situation to do.”

How significant is it for you to bring this opportunity to those young students of color who may not often find similar roles or productions available to them?

“Yeah, I think it's step one. I really think it's step one. The first day of rehearsal, I sat the cast down and said, ‘I graduated from Baylor. I was a student here in the 90s. I can't imagine having had this opportunity as an undergraduate – it just wasn't a possibility. There weren't enough of us in the department. There wouldn't be anybody who would have been interested in directing a play like this or telling this story.’ So I told them, ‘If you take nothing away from this experience, I hope you take away that you got the opportunity to be yourself. You got the opportunity to be yourself on stage.’

I think success would look like this not being novel. You know what I mean? That we’ll announce the season and we’ll promote it in a particular way and it happens to have a group of people who look a particular way and it's just like it was last year. And it's not special. I think it will be really special when it's not special. I hope this is the beginning of that. I hope this isn't a sideshow. I hope this isn't a one-time occurrence. Everyone I've partnered with for this to happen is committed to it not being a one-time only thing. It's just, there's going to have to be some accountability there. But that would be success. That would be this coming to fruition, that three, four, five seasons from now, we make an announcement about a show like this and it's the norm.”

For more information on showtimes, tickets and Baylor Theatre productions, visit baylor.edu/theatre or call the Box Office at (254) 710-1865.