Baylor Theatre produces six mainstage plays and two summer plays each year in which students perform and fill a variety of production positions. These shows include at least one musical theatre offering each year and a wide range of contemporary and period pieces.

A weekly workshop, attended by the entire department, provides another showcase for student work, one which often encourages artistic risk and exploration.

Join us on the magical streets of Montmartre in Paris, France for a musical fairytale about community, connection, and kindness. Based on the 2001 movie of the same name, Amélie is a story of finding love in serendipitous circumstances. 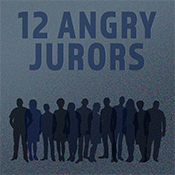 Tempers flare and biases are exposed, in a contemporary retelling of the beloved classic, 12 Angry Jurors!

7 men and 6 women will determine who’s “guilty,” as a Mainstage production returns to the black box, Theatre 11. Watch as this intimate space is transformed into a jury deliberation room, hear how the arguments are shaped by present-day social commentary, and believe that the stakes are as high as life or death.

Enter the room, if you dare, but no one can leave without deciding which side they’re on.

Adapted by Sherman L. Sergel
Based on the Emmy Award-Winning Television Movie by Reginald Rose

Join us this semester for CaBEARet! 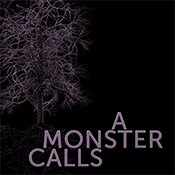 “I’m going to get you, Conor O’Malley.” The ancient yew tree outside Conor’s window haunts Conor’s nightmares. The stories this Monster tells blur the lines between dreams and reality. Can the Monster teach Conor to cope with grief and learn to speak the truth?

A Monster Calls is based on the Carnegie Medal winning novel by Patrick Ness based on an original idea by Siobhan Dowd. This exciting ensemble piece explores connection, the complexity of the human experience, and the power of storytelling.

Based on the novel by Patrick Ness and inspired by an original idea by Siobhan Dowd,
Devised by Sally Cookson, Adam Peck, & the Company 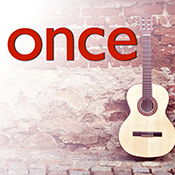 This Tony-award winning musical starts with a chance encounter between two people who are searching for something to believe, and find it in each other, and in the music they create.  It is about being stuck, and finding the courage to reach out, to hold on, to heal, and to move on.

Based on the 2007 film of the same title, and featuring the Academy Award winning song ‘Falling Slowly’, this achingly beautiful, joyously uplifting show speaks to the power of love and music to connect us all 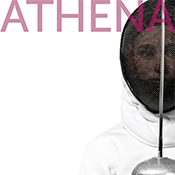 “Mary Wallace and Athena are brave, seventeen, and training for the Junior Olympics in fencing. They practice together, they compete against each other, they spend their lives together. They wish they were friends.”

Shakespeare’s signature comedy of mistaken identity has everything you need for an evening or matinee of laughter: two sets of identical twins, romance at cross-purposes, verbal wit, chases, pratfalls, and even a bit of stage combat. And with our re-imagined setting of a classic early twentieth century circus, look out for lots of added circus-themed excitement! Come enjoy the spectacle of The Comedy of Errors!

The Comedy of Errors