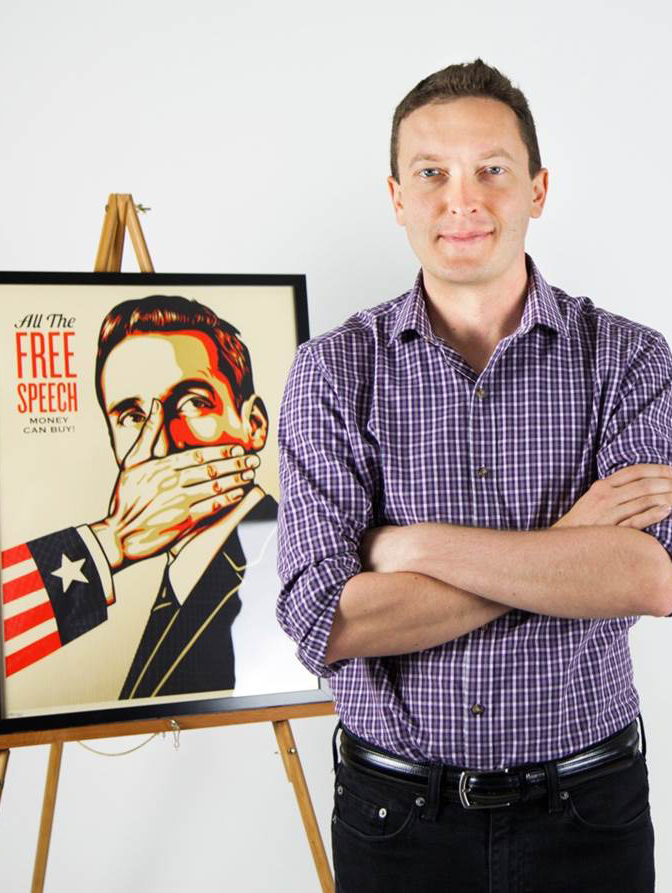 Director of the Allbritton Art Institute

Dr. Elkins' research areas and expertise include Roman art and archaeology, coinage and coin iconography, topography and architecture, sport and spectacle, and the illicit antiquities trade. He is the author of three books: A Monument to Dynasty and Death: The Story of Rome’s Colosseum and the Emperors Who Built It (Baltimore: Johns Hopkins University Press, 2019), The Image of Political Power in the Reign of Nerva, A.D. 96-98 (Oxford and New York: Oxford University Press, 2017) and Monuments in Miniature: Architecture on Roman Coinage (New York: Numismatic Studies 29, American Numismatic Society, 2015). His book on Nerva received the Best Book Award (Pre-1500) in 2018 from the Numismatic Literary Guild and in 2016 his book on architectural representations was awarded honorable mention from the same group. Dr. Elkins also edited, with Jane DeRose Evans, Concordia Disciplinarum: Essays on Ancient Coinage, History, and Archaeology in Honor of William E. Metcalf (New York: Numismatic Studies 38, American Numismatic Society, 2018). He also edited, with Stefan Krmnicek, Art in the Round: New Approaches to Ancient Coin Iconography (Rahden: Tübinger Archäologische Forschungen 16, Verlag Marie Leidorf, 2014) and is presently editing, with Lea Cline, The Oxford Handbook of Roman Imagery and Iconography, which will be published by Oxford University Press.

His articles have been published in venues such as the Papers of the British School at Rome, the Memoirs of the American Academy in Rome, the Journal of Field Archaeology, the American Journal of Numismatics, the Numismatic Chronicle, and as chapters in various edited books. He is, since January 2018, the editor of the American Journal of Numismatics for all contributions on the ancient world; AJN, published by the American Numismatic Society in New York, is a leading, international peer-reviewed journal that publishes critical research on ancient coinage. Dr. Elkins has excavated at archaeological sites in Texas, Italy, and Israel. He is presently the staff numismatist (coin specialist) at the excavations of the late Roman/Byzantine synagogue at Huqoq in Israel's Galilee region and at the excavations of the late Roman fort at Ayn-Gharandal in southern Jordan. Several Baylor students have accompanied Dr. Elkins to participate in fieldwork at Huqoq, Israel.

In addition to pursuing his active research agenda, Dr. Elkins shares his knowledge and enthusiasm for ancient art with Baylor's students, involving the most promising students in his research and pushing them to excel. In 2014, he received the Undergraduate Research and Scholarly and Scholarly Achievement (URSA) Mentor of the Year Award from the URSA Steering Committee and the Office of the Vice Provost for Research for his dedication to and support of undergraduate research. His students regularly present their work at national conferences and at URSA Scholars Week. From 2018 - 2020, he was Director of Undergraduate Research and Scholarly Achievement (URSA) for the Arts, Humanities, and Social Sciences at Baylor. In August 2020, he was named Director of the Allbritton Art Institute.

Dr. Elkins is very active in both professional and university service activities. He served two terms on the Cultural Heritage Policy Committee of the Archaeological Institute of America (AIA) and is presently Chair of the AIA’s Excellence in Undergraduate Teaching Award Committee and a member of its Publications Subventions Committee.  He regularly speaks at public hearings of the Cultural Property Advisory Committee at the U.S. State Department in Washington, D.C. in support of bilateral agreements that restrict the flow of looted antiquities from Mediterranean countries into the United States. At Baylor University, he was elected to serve as a senator from the College of Arts and Sciences on the Faculty Senate from 2017 to 2020 and was re-elected for 2020 to 2023. He is also a member of the Robert Foster Cherry Award for Great Teaching Selection Committee and serves as a mentor for the University Scholars program and is a former member of the Undergraduate Research and Scholarly Achievement (URSA) Steering Committee. In the Department of Art and Art History, he advises students for the B.A. in Art History, among other activities. Outside of the university, Dr. Elkins collects original fine art prints by Shepard Fairey/Obey Giant.