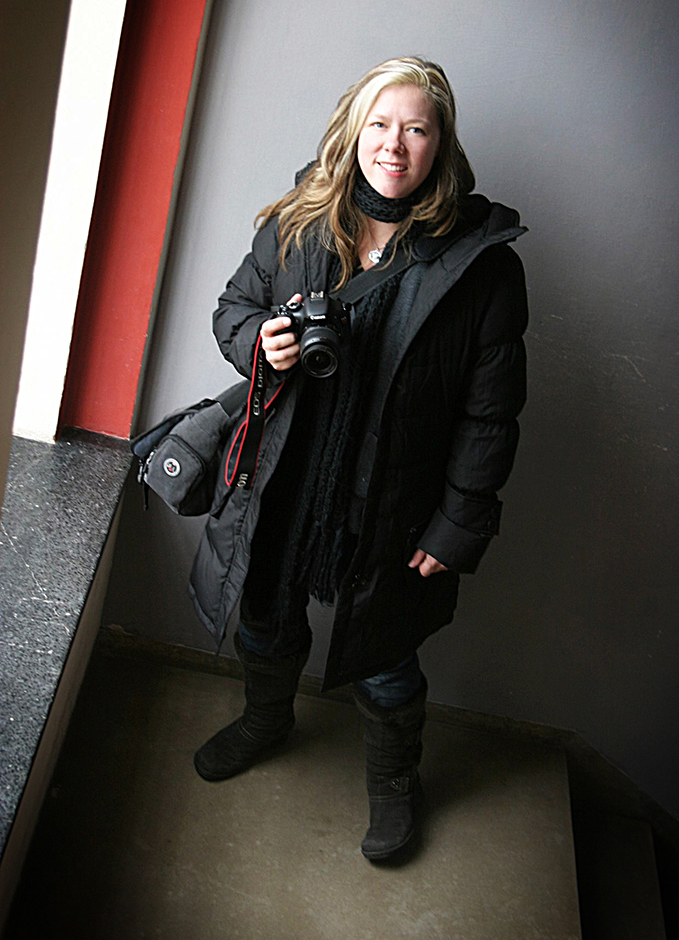 H. Jennings Sheffield was born in Richmond, Virginia. At the age of 9, she received her first Polaroid camera from her grandmother. By 11 years of age, she was introduced to an old 35mm Pentax camera and the darkroom. It was from that moment on, she began her career spending many hours behind the lens and elbow deep in photo chemicals.

Sheffield is a contemporary artist working in lens based media, video and sound. She received her BFA from the Atlanta College of Art and her MFA from the University of Texas at San Antonio. Her current work investigates the idea of collective imagery through re-appropriation. She is an internationally active artist with her latest work exhibited at The Print Center in Philadelphia; Houston Fine Art Fair; Colorado Photographic Arts Center; Orange County Center for Contemporary Art in Santa Ana, CA; B J Spoke Gallery in Huntington, New York; Lens Culture; Artspace 111 in Fort Worth, Texas; Colorado Photographic Arts Center; B J Spoke Gallery in Huntington, New York; Newspace Center for Photography in Portland, Oregon; Living Arts of Tulsa; The ARTS at CIIS in San Francisco, California; Luminaria and Blue Star Contemporary in San Antonio, Texas; Pingyao International Photography Festival in China; McDonough Museum of Art in Youngstown, Ohio; Cambridge University (UK), and What Do You Really Need?, Medien Kultur Haus Wels, Austria.

Throughout my career as an artist, I have focused on how to convey experiences or emotional responses photographically. Since they are multidimensional, it is difficult to capture them in a single image. I am specifically interested in how to represent an incident or emotion in its entirety--illustrating all sides of the story in one singular image. It quickly became apparent to me how ineffective a singular image is in communicating the full spectrum of an experience or emotion. Over the course of multiple bodies of work, I have researched a myriad of ways in which to merge different representations of an experience or emotion into a single image.

In my body of work, Tethered (2011-2013), I photographed every 30 minutes for four months, documenting my life as I performed my daily roles of artist, mother, teacher, wife and daughter. This body of work investigated the tethering-effect we experience everyday, by portraying what a specific period of time looks like during different days of the week, as I balance my various roles throughout the week. Pulling from thousands of images, I chose four to six images from the same time of day, but on different days of the week. Once selected, I digitally sliced the chosen images into vertical strips of information. I then reintegrated all the vertical slices to create a single, compressed image of time. Each print illustrates what a two-hour period of time looks like over different days of the week. Once compressed, as in real life, the different events and interactions inevitably merge into a singular life experience.

In my next body of work,  A Momentary Glitch (2013-2014), I utilized the universal language of Morse code scratched into the back of DVDs to create glitches, resulting in a new memory or moment. What if we could create our own glitches and mix our own moments and memories? Highly inspired by the methodologies of John Cage and his belief that "music composed through chance procedures could become something beautiful," I recorded everyday life moments around me. All of the recordings echo the idea of family moments or archives, and prompt the viewer to play witness to these intimate moments. I then edited the video clips and still images together into a digital timeline and burned the new timeline onto a DVD. Using the universal and visual language of Morse code, I inscribed words or descriptors into the burned information on the back of the DVD. The markings created disturbances in the video and catches in the progression of time. As the disturbances and catches in imagery occurred on the TV, I captured it with my camera. The resulting imagery blended multiple experiences into one, thus confusing the memory, and created a new moment.