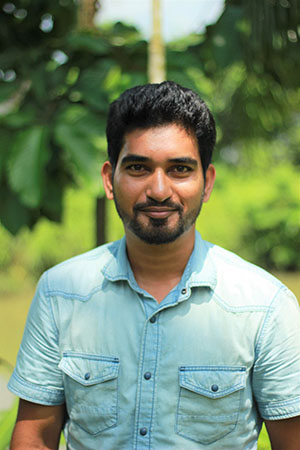 James completed his Bachelor and Master’s degree in Sociology from the University of Dhaka in Bangladesh. Upon completion of his Master’s, he spent four years working as a Researcher and Development worker in three research organizations. Prior to his undergrad education, James spent four years at St. Francis Xavier Seminary. His engagement with different ethnic and excluded communities in Bangladesh as part of pastoral work motivated him to understand the structural problems that contributed to health inequality in developing countries.

As a first year graduate student, James intends to work on health inequality among the ethnic and occupationally marginalized communities. He wants to understand the structural problems in developing countries which result in poor health status among different ethnic communities. He is also interested to understand the barriers that thwart the promises of international laws and conventions which guarantee the fulfillment of Sexual and Reproductive Health Rights (SRHR) among the marginalized communities in Bangladesh.

James chose Baylor Sociology because of its special attention to study social forces and its connection to individual health. Besides, the graduate courses that Baylor Sociology offers and the program structure excelled his interest further. He was also motivated by the open and collegial atmosphere between the graduate students and the faculty members which he believes is conducive to learning and their real-life application as a sociologist.