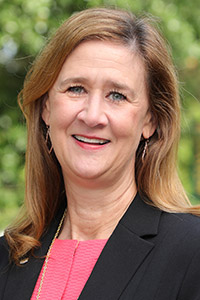 Dr. Robyn L. Driskell currently serves as vice president and chief compliance and risk officer. She was appointed chief of staff to the president in June 2016 and appointed vice president in October 2016. In her current role, Dr. Driskell oversees the areas of compliance, risk, audit, safety and security; environmental health and safety; the equity office; the president’s diversity council; and Title IX. She earned a BA (’91) and an MA (’93) from Baylor University and a PhD (’97) in sociology from Texas A&M University.