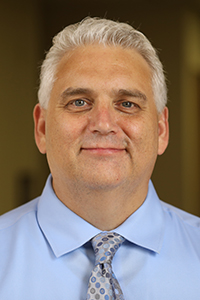 F. Carson Mencken is professor of sociology and chair of the sociology department. He received his BS degree summa cum laude from the College of Charleston (SC) in 1987, and his Ph.D. from Louisiana State University in 1994. His areas of research expertise include civic engagement, religiosity, and research methods. Recently, with Dr. Charles Tolbert he has been examining the impact of changes in the banking industry on the availability of capital for local businesses and entrepreneurs in rural America. This research has been funded by two competitive grants from the U.S. Department of Agriculture. He has authored over 40 professional publications. He has received competitive grant funding for his research from such sources as the Tennessee Valley Authority, the United States Department of the Interior, the United States Department of Justice, and the John Templeton Foundation.

He and his family are actively involved with the Dayspring Baptist Church of Waco.