Blog Written By Frances George, May 2018

Almost thirteen years ago, a beautiful young mother gave birth to her first child, three months prematurely in December 2005. John Clark, “JC”, weighed only two pounds and fought for his little life well into the spring of 2006. My daughter, a vivacious twelve year old who has always lived life to the full, walked into the NICU (neonatal intensive care unit) and saw her little cousin for the first time. She was silent as we walked back down the hall after seeing this little one in his tiny bed connected to all sorts of wires and tubes, little heart beating with all its might. Just before we walked through the doors back out into the non- NICU world, my daughter, Mary Scott, known to most now as MSG (Mary Scott George), looked up at me, her hand holding mine and said, “Mommy, when I’m grown up, I’m going to take care of those little babies.”

“Alright. That’s lovely,” I said, and didn’t give it much more thought. Fast forward to college searches. It was down to two schools, one close to home and one 1200 miles away in Waco, Texas, both with outstanding nursing programs.

MSG chose Baylor and never looked back. Our daughter thrived at Baylor, though she knew not one soul on campus when she arrived. She joined the Freshman Council, was in the Homecoming Parade carrying  a huge balloon rivaling what you see in the Macy’s Day Parade (Baylor’s homecoming parade is the largest continuously running Homecoming Parade in the nation, by the way… I’ve actually blogged about that as well!), pledged a sorority, held leadership positions in the sorority, excelled in all things academic (and social!) and loved football Saturdays! You could easily say that MSG embraced college life at Baylor!

Early on, however, MSG faced having to move to Dallas to Baylor Medical for the final two years of nursing. And so she decided that four years of college come only once in a lifetime and changed her major and stayed in Waco all four years, moving to Dallas upon receiving her first degree in 2016, working in marketing. But her heart was still in NICU with the little babies.

By the providence of God, our daughter shared an apartment in Dallas with a sorority sister who had completed the Baylor Louise Herrington School of Nursing FASTBACC program, which is a one year accelerated program for a Bachelor of Science in Nursing. She encouraged MSG to apply.

The spark was reignited and at Christmas of 2016, just six months after graduating from Baylor and gainfully employed in Dallas, our MSG announced she was returning to Baylor University for her second degree and for her first love: nursing. January through April 2017 were four months unlike any other in her life; while working 40 hour weeks in marketing, Mary Scott completed all of the undergraduate requirements and took the nursing school entrance exam, and on May 15, 2017, began a one year intensive program at Baylor’s Louise Herrington School of Nursing in Dallas at Baylor Medical for her BSN, to be completed in May 2018.

And here we are…

One year later, with two Baylor degrees in six years. At one point last fall, when Mary Scott was in the midst of pharmacology and hospital clinicals, I traveled to Texas to check on our girl. This was our conversation:

Mom: “Scottie, how are you doing? I know you are working so hard, have very little social life, very little life, actually, outside of the classroom and hospital. It is all really difficult. Are you okay? Are you glad you did this?”

MSG: “Mom, that’s all true.  This is the hardest thing I’ve ever done. And not to sound like a popular evangelist in Texas… but Mom, I’m living my best life now! I can’t imagine doing anything else with my life.”

Writing this still brings tears to this old mom’s eyes. This is a parent’s dream, hearing their child, now an adult woman achieving her lifelong goal, doing it with excellence and never letting go no matter the cost. While others were “living large” in Dallas and traveling to weddings and weekends away with friends, Mary Scott focused on her goal and there was joy in the journey.

So, why do I write this to you? Why will the end of this blog encourage you to choose Baylor? There are multiple BSN degrees available around the country. True. But there is only one Baylor and the Baylor difference is real. On one of Mary Scott’s final rotations in the hospital, she was assigned to oncology and asked me to pray for her as it was hard on some days. “My patient may die today,” she would say. As I thought of how to answer Mary Scott, I thought of the difference her six years at Baylor has made. I told her, “Remember the Baylor difference honey as you walk the halls of the hospital and learn things taught only here at Baylor.” I encouraged Mary Scott to observe and learn all the technical and textbook skills she could but I also told her, “Observe and learn from your instructors on how to be a nurse when someone is dying. There is an eternal perspective that permeates all that Baylor is and it will be evidenced in the way a Baylor nurse walks with a patient as they die. It’s not in textbook but it is evidenced in the life of a Baylor nurse.  It is a different perspective from the world and from what you will observe in most universities but this skill coupled with all the other things you have learned will ultimately be what sets you apart as an outstanding nurse, and as an outstanding person. This is why you chose Baylor as an 18 year old. And this is why you looked only to Baylor for your second degree. Baylor knows how to teach life with eternity fully in view.” Skills taught at Baylor? Outstanding. How to live well taught at Baylor? Yes! How to live with an eternal perspective? Well, it’s the Baylor difference.

I wrote early in Mary Scott’s time at Baylor about how a little two pound baby brought our family to Baylor. And six years later and now with MSG’s little sis about to begin her junior year at Baylor… it’s truer now than it was in 2012 when we first arrived on campus. Baylor is a place that grows young freshmen into lovely and strong and determined adult women who will do great things for our world. BAYLOR Nation impacts THE nation for good. Baylor has developed character in my daughters, taught them to not only reach for their dreams but to see them realized on a campus – in Waco and Dallas- where excellence among the student body is the norm, appreciation for the truth of God’s Word in action and deed is practiced every day from faculty members all the way down to freshmen, and where gaining an eternal perspective is encouraged. Mary Scott grew up at Baylor. Her little sister is as well. And I love what I see. Has it been without struggles? No, but what in life is struggle-free that is worthwhile? Has it all been worth it? Absolutely and without question.

MSG is a young woman of God who knows who she is and why she was created. When she said, “Mommy, when I’m grown up, I’m going to take care of those little babies” she knew her calling. Baylor helped her realize her dream of becoming a NICU nurse. And beginning this summer, MSG will do just that, when she begins caring for “those little babies” in NICU at a nationally ranked and highly respected children’s hospital.  And on May 12 when Mary Scott walks across the platform one last time, her little two pound cousin John Clark will be there cheering her on, all grown up now at almost 13, with his own personal understanding and gratitude for what I always call “The Baylor Difference.”

Join us. And allow your child to experience the Baylor difference and live, like MSG, “their best life now!” 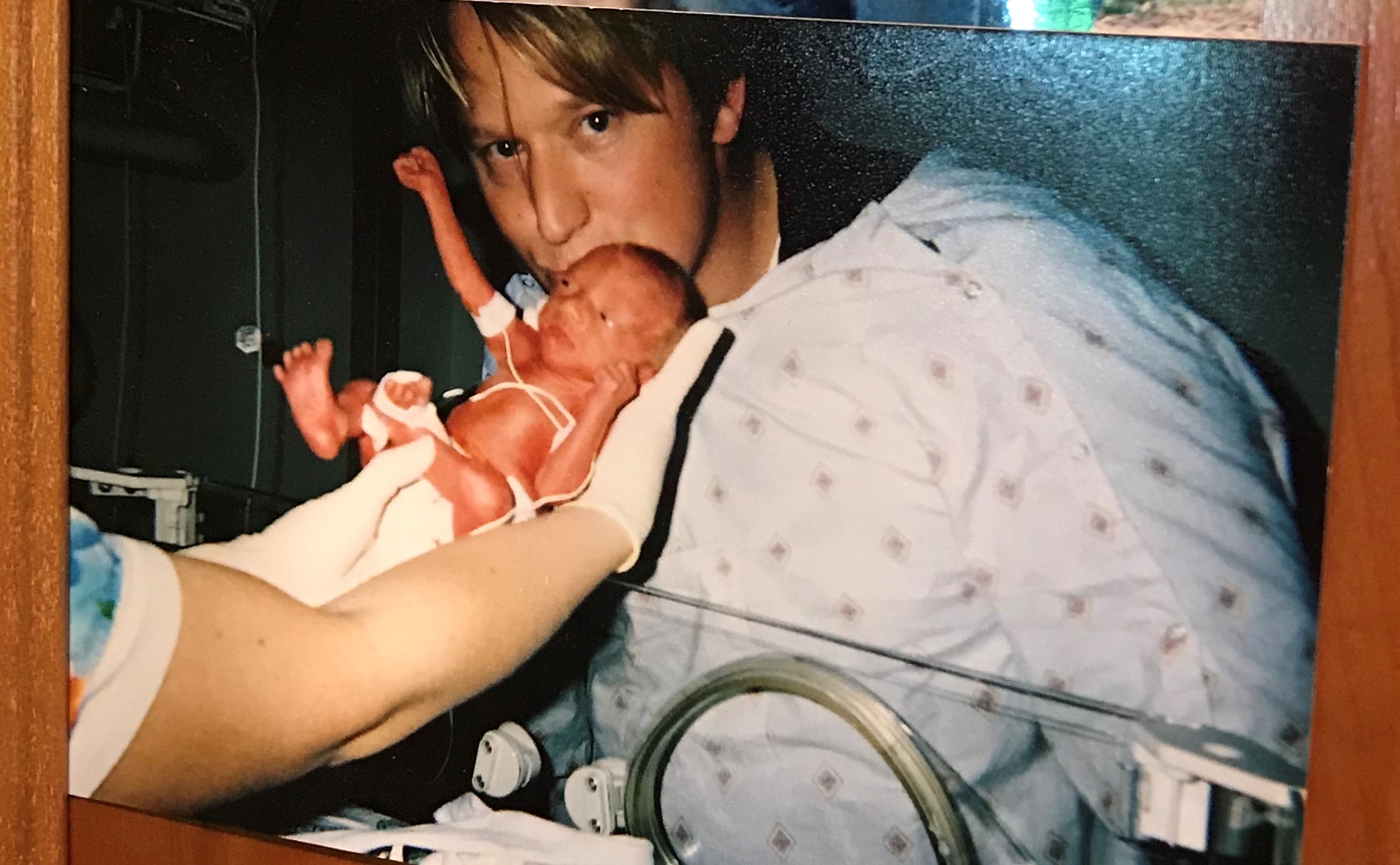 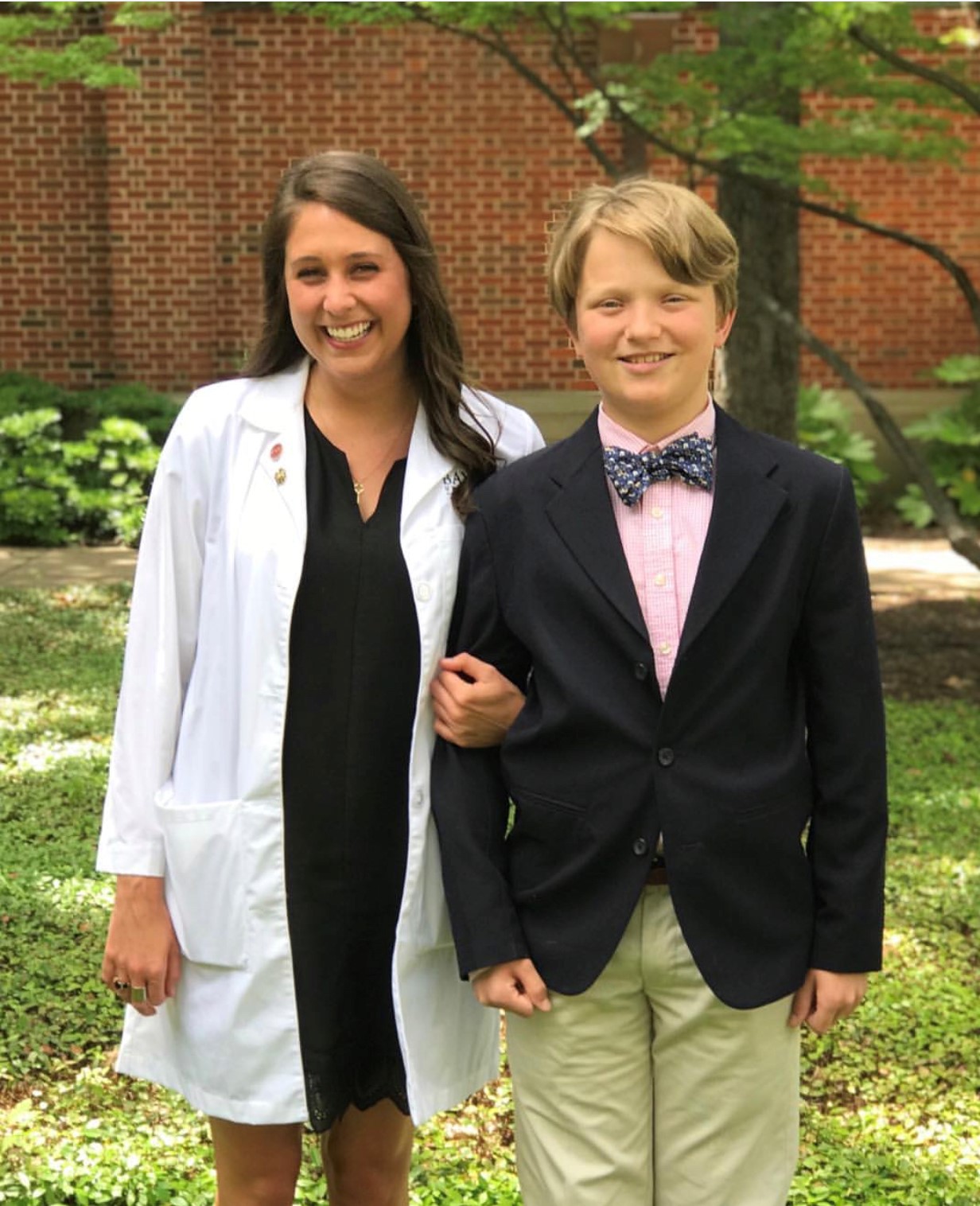