Founder of the Black Gospel Music Restoration Project and Professor of Journalism, Public Relations, and New Media at Baylor University 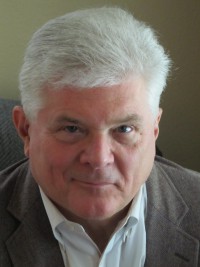 Robert F. Darden is a professor of Journalism, Public Relations and New Media at Baylor University. He is the author of more than two dozen books, most recently Nothing But Love in God's Water, Volume I: Black Sacred Music from the Civil War to the Civil Rights Movement (Penn State University Press, 2014) and Nothing But Love in God's Water, Volume II: Black Sacred Music from Sit-Ins to Resurrection City (Penn State University Press, September 2016).

The former Gospel Music Editor for Billboard Magazine is also the co-founder of the Black Gospel Music Restoration Project at Baylor, the world's largest initiative to acquire, digitize and catalogue America's fast-vanishing legacy of vinyl from gospel music's Golden Age (1940-1970). Darden and his work have been featured in hundreds of media outlets, from Fresh Air with Terri Gross, The New York Times, and the BBC World Service. 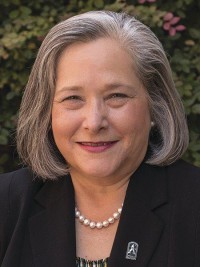 Vice President and Dean Pattie Orr leads a university-wide libraries and information technology organization at Baylor that provides administrative and academic technology services, technology infrastructure, library services and support for digital assets. She came to Baylor from Wellesley College in 2007 and has been instrumental in key initiatives across the university including the renovation and expansion of study commons areas throughout the libraries, the development of campus network resources to support learning and research, the planning and launch of McLane Stadium, and the enrichment of Baylor's Black Gospel Music Restoration Project.

The Black Gospel Music Restoration Project digitally preserves the original audio from black gospel artists from 1945-1975: the Golden Age of Gospel. Orr raised funds to create a state-of-the-art digitization center where these works are preserved and a listening area where visitors to the Baylor Libraries can enjoy selections from the archive. The goal of the project is to collect the music of every black gospel artist recorded during this era so that this rich heritage will be available to researchers. Through the Pruit Symposium at Baylor University, Orr and her colleagues regularly convene scholars and artists to promote research and provide educational programs to celebrate the preservation of the black gospel music tradition.

Beyond these preservation efforts, Orr is involved in many professional associations, including EDUCAUSE, the Texas Digital Library, Internet 2, The Coalition for Networked Information (CNI) and the Lonestar Education and Research Network (LEARN). She recently completed a four-year term on the EDUCAUSE Board of Directors, and has also served on the CNI National Steering Committee and the LEARN Board of Trustees. She has served as faculty for the EDUCAUSE Management Institute and served on the Texas Women in Higher Education Board of Directors. She actively mentors women to help them prepare for higher education administration roles, especially as Chief Information Officers or other senior technology leadership roles.

Locally, Orr is responsible for the Baylor University Sustainability Program and serves as chair for the Brazos Valley Public Broadcasting Corporation (KWBU NPR Station). She also has served on the Board of Directors, and was the 2012 campaign chair for the McLennan County United Way. 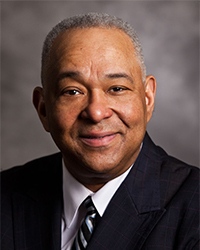 Dr. W. James Abbington’s research interests include music and worship in the Christian church, African American sacred folk music, organ, choral music, and ethnomusicology. Along with his roles at Candler, where he has taught since 2005, Dr. Abbington is executive editor of the African American Church Music Series by GIA Publications (Chicago). In addition to writing and editing, he has produced numerous recordings under GIA.

One of the nation’s most respected choir directors, musicians and authors, Dr. Abbington is a popular speaker, performer and conductor at universities, conferences, symposiums and churches around the world. From 2000 to 2010, Dr. Abbington served as co-director of music for the Hampton University Ministers' and Musicians' Conference, and as the national director of music for both the Progressive National Baptist Convention and the NAACP. In 2010, Hampton's Choir Directors and Organists Guild honored Dr. Abbington by naming their Church Music Academy after him, and in 2015, he became the second African American to be named a Fellow of The Hymn Society in the United States and Canada.