The VETS of Baylor Honor the 20th Anniversary of September 11, 2001 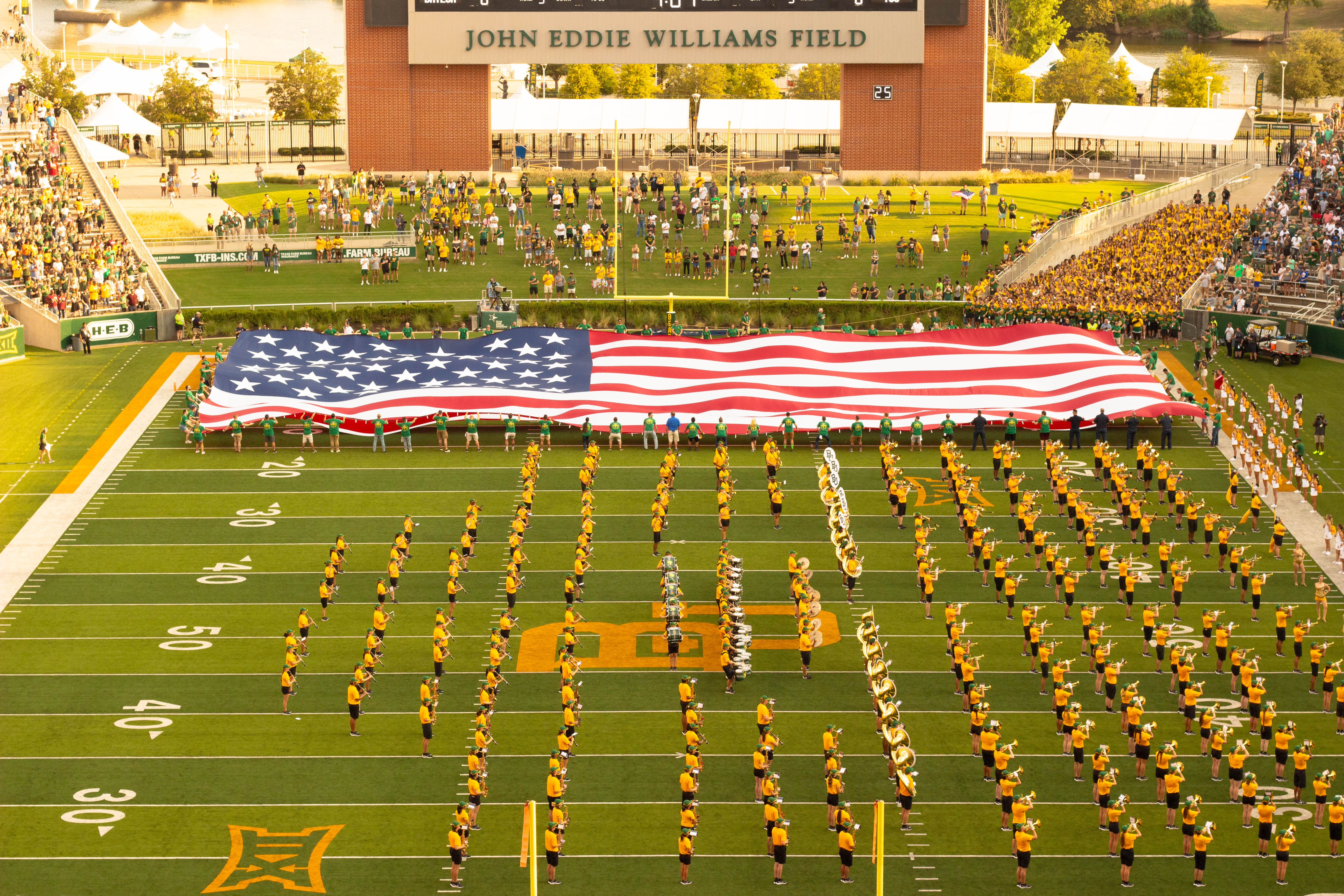 Twenty years ago, 2,996 Americans woke up for what they believed would be just another normal Tuesday in early September. Twenty years ago, that normal Tuesday would stand out as one of the most unforgettable days in American history. On September 11, 2001, America was the target of arguably the worst terrorist attack in modern history; this attack saw the collapse of the World Trade Center Towers, destruction of the west side of the Pentagon building, and a third attempted attack that was heroically foiled by the passengers aboard United Airlines Flight 93. The attacks would affect every American citizen from every walk of life, but it was especially impactful for the current and future veterans of that time. Many men and women enlisted and deployed following the events of 9/11, and many more soon followed in their footsteps in the years following. Despite the time that has passed since that fateful day, the heroes who lost their lives during the 9/11 attacks are honored yearly on its anniversary, and this year Baylor University gave the members of VETS program the incredible opportunity to take part in the commemoration during Saturday’s football game. The VETS gathered to tailgate together and then participated in the presentation of the American flag during the national anthem, and incredible opportunity not overlooked by the veterans.

Preceding Saturday’s football game against the Texas Southern Tigers, members of the Baylor VETS program were given the opportunity to unfurl an American flag, which spanned the width of the football field, to hold and wave during the national anthem. The opportunity was one that, according to VETS program manager Kevin Davis, was, “A testament to Baylor University’s culture of support.” Mr. Davis continued to describe how Baylor had been a constant ally since the VETS program’s inception as well as how university opportunities such as this provided an incredible opportunity to gather the entire VETS community together in fellowship. This sentiment was echoed by VETS Student President Collin Covington. who raved about the opportunity to take part in such a special event; it allowed Baylor VETS students to connect with numerous other members of the VETS community, meet and develop connections with Baylor VETS alumni, and be commemorated for their service. This sense of community is vital to the VETS community as it both draws in perspective veteran students as well as creates the incredible culture of support the VETS program is known for. Jorge Garciachavez, VETS engagement officer, was sure to highlight this point when taking in the sights and sounds of the event. According to Mr. Garciachavez, the sense of community was the very thing that attracted him to Baylor University. Upon visiting campus, he stated that the VETS community, and the incredible amount of support given by Baylor itself, was a major point of attraction for him and his family. The welcome and sense of belonging he received was unlike anything he had experienced anywhere else, and it cemented his decision to attend Baylor.

The VETS program at Baylor University is vital to the attraction and support of veterans and their dependents who wish to pursue their degree. The program offers their members an incredible support system that is completely centered around community and strives to create a family-like environment. Events such as the one on September 11, 2021, are invaluable in furthering this mission, and it could not be done without the continuous support of Baylor University.