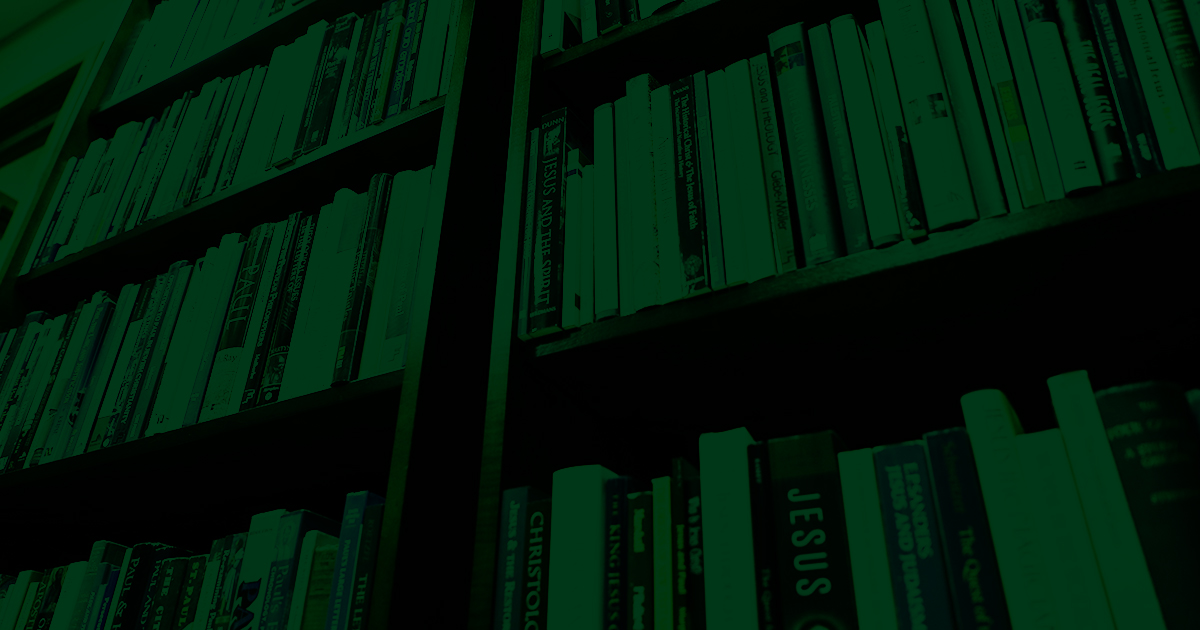 For Black History Month, we asked our Truett Seminary faculty to share about the Black professors, preachers, authors, etc. who have made an impact in their work as teachers, researchers, and ministers.

Dr. Streaty Wimberly is a rock star in the world of Christian religious education. She is the author of Soul Stories: African American Christian Education and co-author of Raising Hope: Four Paths to Courageous Living for Black Youth among other writings. She is Professor Emerita of Christian Education at the Interdenominational Theological Center and Executive Director of the Youth Hope-Builders Academy.

Dr. Streaty Wimberly has taught me about ways to invite people to share their stories as well as the role of storytelling in teaching for transformation. As a researcher, she has influenced the way I conduct interviews. She has taught me about the power of trying to understand the youth experience rather than trying to make assumptions and be a fixer. She is a mentor and a pastor in every sense of these words.

Check out her books or listen to her in YouTube videos like this one hosted by the Yale Youth Ministry Institute.

Dr. Smith is Pastor Emeritus of the Allen Temple Baptist Church in Oakland, California. He is the former president of the Progressive National Baptist Convention—the convention started by friends of Rev. Dr. Martin Luther King, Jr. He has written about and taught Black preaching at American Baptist Seminary of the West, Gateway, and Fuller. At 90, he is still active, brilliant, and influential.

I met Dr. Smith in 1975 when a group of Waco pastors visited his church. We were stunned by the breadth of his legendary ministry at a church on the most dangerous street of the third most dangerous city in America. He had a remarkable range of programs, including after school tutoring, housing for seniors and AIDS patients, a federal credit union for the community, and influence on Cal Berkeley as well as the entire Bay area. To this day, his ministry is legendary. Dr. Smith was the first preacher in 2005 at Baylor's Truett Seminary E.K Bailey Preaching Celebration. Governor Arnold Schwarzenegger attended and spoke at his retirement.

Dr. Smith’s biography, On the Jericho Road: A Memoir of Racial Justice, Social Action and Prophetic Ministry is for me the best biography of any living preacher. He is beyond a legend in his own time.

—Joel C. Gregory, Professor of Preaching, Holder of the George W. Truett Endowed Chair of Preaching and Evangelism, and Director of the Kyle Lake Center for Effective Preaching

Dr. Carter was a theology professor at Duke Divinity School during my time there as a seminary student. He is currently Professor of Religious Studies at Indiana University. Carter was my instructor for Introduction to Christian Theology, which he likened to jazz. He insisted that when white people privilege reading Genesis 1-11 as the central story rather than as preamble to Israel's specific story (which starts in Gen 12) it allows them to universalize whiteness since they identify with Adam (as white). This distinction was eye-opening for me since I had been reading the text in precisely that manner without even realizing that it was an interpretive move in and of itself. That kind of contextual reading of Scripture has remained a powerful influence in my own attempt to read and study the Bible.

When I was in seminary, I was profoundly influenced by the African American preachers who preached in chapel. I had never heard preaching like that—a mesmerizing delivery, and an incredible way of reading the Scriptures and bringing them to life by weaving stories and applying metaphors that hauntingly pierced the heart. Though I could never preach like they could, these experiences made me want to become a preacher. This happened fifty years ago, but I still vividly remember the Rev. D. E. King, a pastor in Paducah and Louisville and then Monumental Baptist Church of Chicago; the Rev. Fred Shuttlesworth, a pastor in Birmingham and the target of murder attempts; the Rev. Frederick G. Samson, pastor of Tabernacle Missionary Baptist Church, Detroit; the Rev. Gardner Calvin Taylor, pastor of Concord Baptist Church of Christ, Brooklyn; and the Rev. J. Alfred Smith, Sr., pastor of Allen Temple Baptist Church, Oakland. I am grateful that a Southern Baptist seminary, founded when Southern Baptists broke away from Northern Baptists over slavery, would have these African American preachers and so many others.

Many years later, I spoke at a conference in Providence, and Dr. Gardner Taylor spoke after me. I remember being stunned when he said, “as Dr. Garland just said.” To me, it was like being quoted by the Apostle Paul, but anything I said completely paled beside Dr. Taylor’s amazing eloquence and spiritual power.

I was also influenced years later by my former colleague at my previous seminary, Dr. Robert Smith, Jr., who is a professor at Beeson Seminary and still pastoring in Cincinnati at the same time. I continue to be blessed by the many great African American preachers invited to preach in the Truett Chapel, including our own graduate, the Rev. Joseph C. Parker, Jr., pastor of David Chapel Missionary Baptist Church, and our adjunct professor, Dr. Ralph Douglas West, pastor of the Church Without Walls, Houston. These preachers never fail to inspire with their messages. Just this week, I was moved by the Rev. William T. Glynn, pastor of Mt. Olive Missionary Baptist Church, Ft. Worth, and his sermon about how God leads us by closing the doors we would want to go through. But it was those early days going to chapel as a young seminarian and hearing African American preaching that touched my life forever.

Rev. Downs was a Methodist minister who grew up in Texas and graduated from high school right here in Waco in 1929. He was a pastor and a civil rights leader who died far too young, but managed in his short life to mentor future Major League Baseball Hall-of-Famer Jackie Robinson while also playing a crucial role in bringing Howard Thurman’s classic book, Jesus and the Disinherited, to the public.

As someone who studies the history of sports and Christianity, Downs’s influence on Jackie Robinson’s life is especially important—Robinson’s story is one of the most prominent episodes in American sports history, and one that can only be fully understood with an understanding of his Christian context. At the same time, as someone who seeks to explore how to engage theologically with sports, I’ve also learned from Downs’s theological vision. Downs saw sports as an important way to engage in the church’s mission, but he believed sports should be kept in perspective as one part of a “Christ-set world”—a perspective I try to articulate when I teach about a theology of sports.

Dr. Paris is the Elmer G. Homrighausen Professor Emeritus of Christian Social Ethics at Princeton Theological Seminary. He took a genuine interest in his students and stayed in touch with many of us after we graduated. I still remember a lot of his lectures and have referenced notes from his class in preparation for my own lectures. Dr. Paris marched with Dr. King. He has written extensively on race relations in America and in the church. A good place to start is his edited volume, African American Theological Ethics.

Dr. Smith is not only a powerful preacher, but he’s also a Christian gentleman. He is consistent inside and outside of the pulpit and has walked through personal tragedy with grace. His significant book, Doctrine that Dances: Bringing Doctrinal Preaching and Teaching to Life, is a significant contribution to the field of homiletics.

I did graduate school at an institution where there was a concentration of theologians who drew richly and creatively upon the Black intellectual tradition: Willie James Jennings, Associate Professor of Systematic Theology and Africana Studies at Yale Divinity School, J. Kameron Carter, Professor of Religious Studies and Co-Director of the Center for Religion and the Human at Indiana University, and Ebony Marshall Turman, Associate Professor of Theology and African American Religion at Yale Divinity School.

While I certainly benefited from their scholarly expertise, the enduring impact of learning from these three teachers is how they shaped my pedagogical imagination. As quintessential scholar-teachers, they each taught with conviction, creativity, and care. It wasn’t until several years later, however, that I began to ponder the power of performance because of my time with these and several other gifted teachers during graduate school. Whenever I enter a classroom, engage with students, or prepare a syllabus, I now seek to perform an argument through my teaching, both within and beyond the classroom.

Nyasha Junior is an Old Testament scholar who does really important work on how race, gender, politics, and theology all intersect and inform one another (for better and for worse). I have been grateful for her book An Introduction to Womanist Interpretation and the way she accessibly and compellingly teaches readers how to see the Bible through a new lens. Whether you agree with everything or not, it’s important for members of the church to read Scripture with those who have different experiences, perspectives, questions, and insights. Dr. Junior helps us do that beautifully.

She has a website where you can find out more about her and her work. You can also listen to her talk about her life, work, and writings on two podcast episodes here and here .

Dr. McClain was my professor for my Intro to Preaching class in seminary. He was a civil rights leader from the Civil Rights Movement of the 1960s until the end of his life. Dr. McClain taught me that preaching is a sacred task that requires my very best. I vividly remember him exhorting our class that pastors don't have an office, they have a study! I was marked by the combination of his passionate conviction and his generous love for all of his students.

—Kevin Watson, Acting Director of the Wesley House of Studies

Dr. Douglas was one of the first ten Black women to be ordained a priest in the Episcopal Church and she is currently the Dean of the Episcopal Divinity School at Union Theological Seminary. Because so much of my work centers around how we imagine human identity and bodies in sports, Rev. Dr. Kelly Brown Douglas’ scholarship cogently confronts how social-cultural narratives affect the way people think about, value, and treat human bodies. When applied to the world of sports, she speaks a prophetic word that helps the Church learn to name and resist the Anglo-Saxon exceptionalist paradigm with its regnant ideology of white supremacism. As a practical theologian, her interpretative method demands that I stand in solidarity and join voices like hers when addressing how bodies often get misrepresented, commodified, and harmed inside the sports-industrial complex.

Check out Dr. Douglas’s book Stand Your Ground: Black Bodies and the Justice of God.

Dr. Peter J. Paris, the Elmer G. Homrighausen Professor Emeritus of Christian Social Ethics of Princeton Theological Seminary, was my teacher in graduate school and the Black theologian who has been most formative for me personally. He has taught in the ensuing years at Harvard University and other appointments in the United States, Canada, Jamaica, Nigeria, Ghana, South Africa, India and Brazil. It was his excellent doctoral seminar and his encouragement of my work that led to my first article published in an academic journal. His seminar opened up Aristotle and the ensuing virtue tradition and provided an important impetus and foundation for my future teaching and writing in ethics. His own work in this area is exemplified in his books, including The Spirituality of African Peoples: The Search for a Common Moral Discourse as well as The Social Teaching of the Black Churches.