The Reverend Doctor Emily H. McGowin is an Associate Lecturer of Theology at Wheaton College. She is a priest and Canon Theologian in the Churches for the Sake of Others Diocese in the Anglican Church of North America. 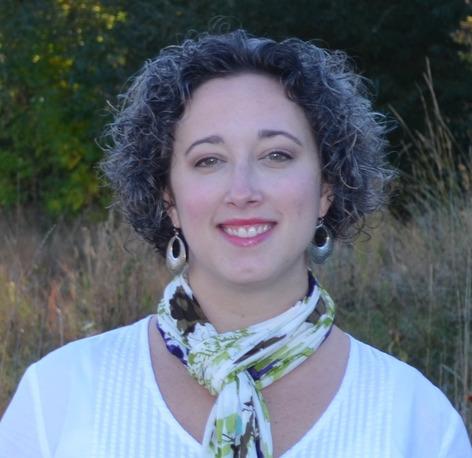 Emily McGowin began her higher education pursuits at a tiny Southern Baptist school where she was supported and mentored by professors who believed strongly in her gifts. However, McGowin recognized she was in a fairly narrow subset of the Baptist world, and it would be important to broaden her horizons. Her undergraduate professors connected her to George W. Truett Theological Seminary at Baylor University and encouraged her to attend. With a scholarship in hand, she began her studies at Truett with the goal of eventually pursuing a PhD.

McGowin enrolled at Truett in 2003 and earned her Master of Divinity degree in 2007. During that time of study, God equipped her further to be a teacher, scholar, and theologian. At Truett, McGowin learned not only how to be a minister of the gospel and care for others but also to value her own soul care and nurture her relationship with God. In the classroom she was allowed—and encouraged—to think, ask questions, and form convictions.

Like McGowin, every student arrives in the halls of Truett from a unique point in their spiritual journey. Truett is a space where students can exist and learn together from various points along the theological spectrum, something McGowin described as a “generous orthodoxy.”

It was in this environment where she began to question what she had been taught about women serving in leadership roles in the church. Having emerged from a very narrow fundamentalism, McGowin explained, “Truett felt very expansive, but also safe in that my professors were orthodox Christians.”

“It was broad enough that I could begin to question things that I was taught as an undergrad…Questions I didn’t have the freedom to ask before, but I was in an environment [at Truett] where I wasn’t worried I was going to fall off the deep end and not be Christian anymore.”

With this generous orthodoxy as an anchor, McGowin learned to preach.

“I was trained and equipped really well to preach week to week,” she said. She learned to “go from the biblical text to the situation of my church and be able to discern God’s voice in the text for my church.”

Discovering the Value of Spiritual Formation

Learning to discern God’s voice is often cultivated through practicing spiritual disciplines. These disciplines are embedded in the Truett curriculum alongside historical and practical theology and Scripture study.

At Truett, every student is placed in a Covenant Group of peers led by an older seminary student or someone from the Waco community. Within these groups, students learn and engage with spiritual disciplines, or practices, in order to tend to their souls.

Looking back, McGowin admits she did not appreciate this requirement while she was in the midst of her studies. She was a commuter student, which meant that any time spent on campus necessitated an hour and a half drive to and from Waco.

“But,” she said, “[what I was] equipped with there in that environment, the practices I was equipped with of prayer, meditation, contemplation, have stuck with me. They were invaluable, and I just didn’t recognize it at the time.”

Today, McGowin practices structured prayer personally—often with The Book of Common Prayer—and incorporates it into the rhythms of family life. She also intentionally includes spiritual practices in her teaching. Her main work at Wheaton College is to teach "Christian Thought," an introductory theology course required for all undergraduates, in addition to theological electives and courses that fall within Topics of "Christian Thought." At the beginning of each class, regardless of the course content, she leads a short time of structured prayer.

McGowin says her students eagerly receive these practices because most, like McGowin prior to her time at Truett, have never been taught to pray or read Scripture for the sake of simply hearing God’s address to them.

Fleshing Out a Theology of Lived Religion

How one hears from God and how one perceives God play a significant role in how a person lives his or her religion, and McGowin is passionate about the way religion is lived. This is reflected in her ministry in the church, the courses she teaches, and the ways in which she infuses spiritual practices across the breadth of her life, but it is also particularly apparent in her scholarly research.

McGowin became interested in the way theology is lived while at Truett through a course in practical theology. As a part of the course, she was required to propose a research project—just propose it, not carry it out—and this experience ultimately led to her PhD dissertation.

In order to be awarded a PhD from the University of Dayton, McGowin was required to become trained in an alternative method of research. She chose ethnography because she wanted to learn to receive people’s stories and examine alongside them how they live their theology.

She narrowed her focus to the theology of the family—specifically ways of conceiving family, children, and motherhood—in the Quiverfull movement, eventually publishing her dissertation as a book, Quivering Families: The Quiverfull Movement and Evangelical Theology of the Family (Fortress Press, 2018). 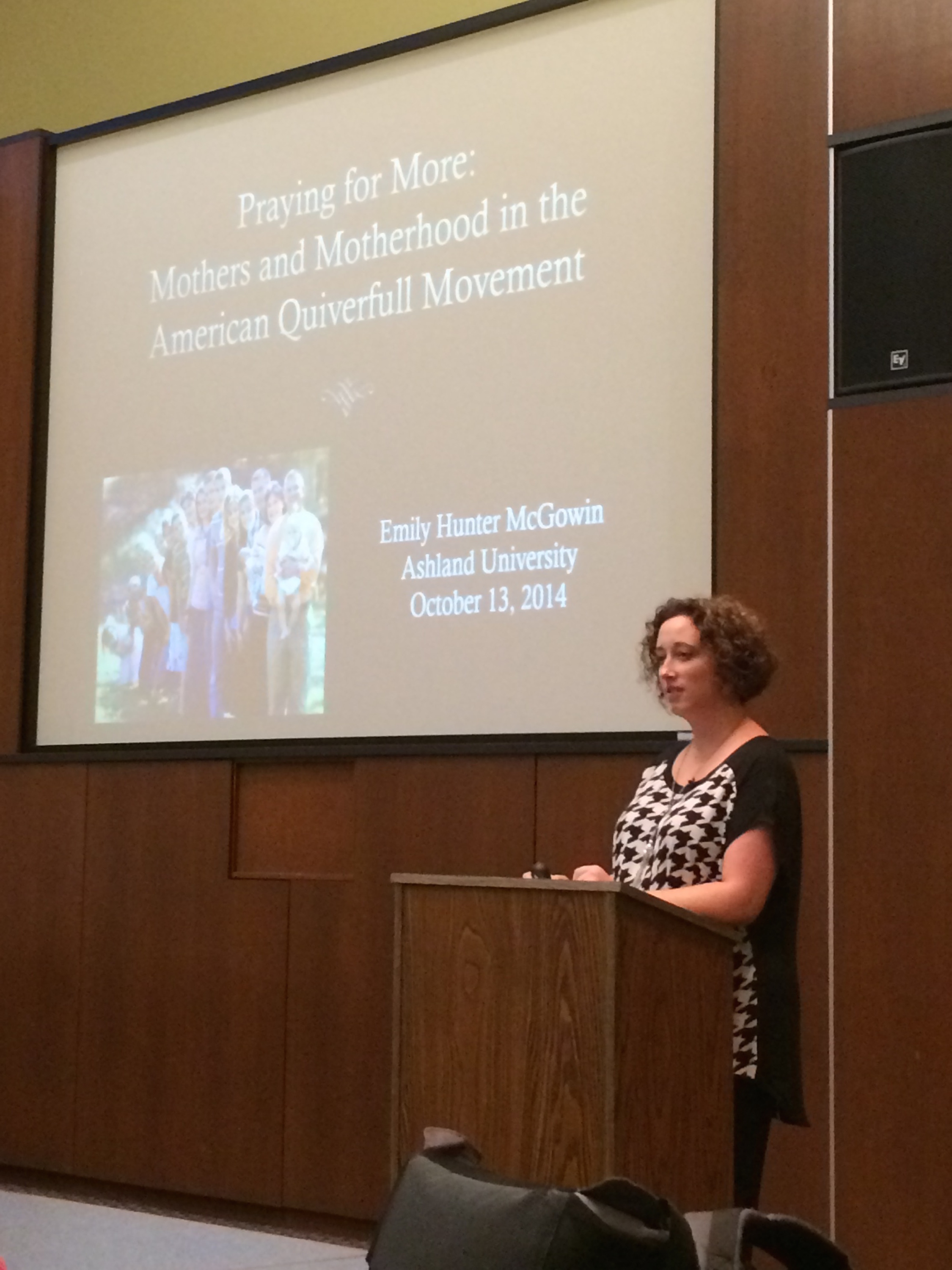 “Theology, traditionally, has a tendency to abstraction—and I love that abstraction, that’s where I fell in love with theology to begin with—but it has to touch the ground. Well, it does touch the ground…it always is lived. I’m just not sure we’re always aware of the ways in which it’s being lived,” she said.

Theologian of the Church

“I was never going to be a purely academic theologian,” McGowin said. Instead, she knew she “would always be a theologian with deep roots in the church, and service of the church.”

After graduating from Truett, McGowin went on to earn her PhD from the University of Dayton, a Catholic institution. There, she began to rethink her sacramental theology. Once she and her husband, Ronnie, realized they believed in the sacraments and wanted to baptize their children, they acknowledged that they were not really Baptist anymore. 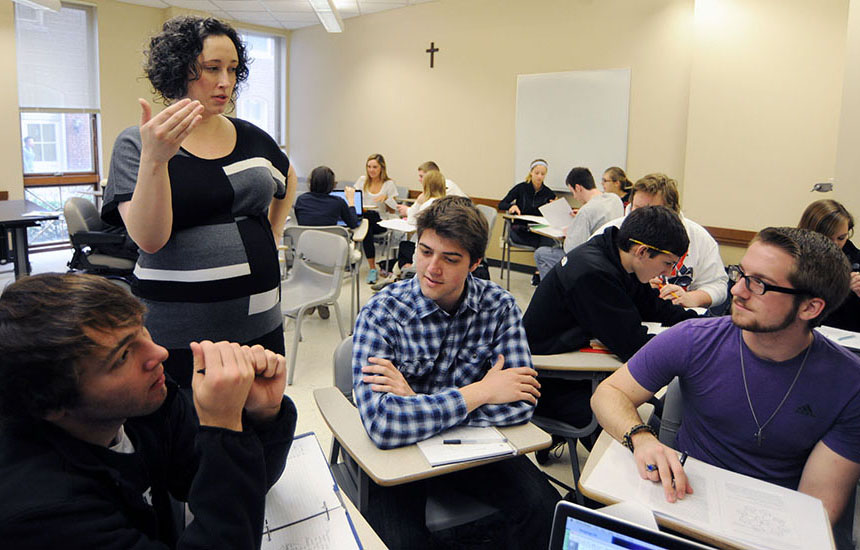 But they were still Protestant. So, they began to consider the various sacramental traditions in which they might fit. After considering their options, including one night spent brainstorming on a yellow legal pad, the couple decided that becoming Anglican made the most sense. They committed to the Anglican Communion and eventually planted a church together in Denver, Colorado. McGowin took on a third of the responsibilities for teaching and preaching and pastoral care in this season of their lives.

Now, as a priest and a professor in Wheaton, Illinois, McGowin is part of a church community where she helps serve communion, is a prayer minister, and focuses her attention on settling into life at the college, where she began teaching in July of 2018. 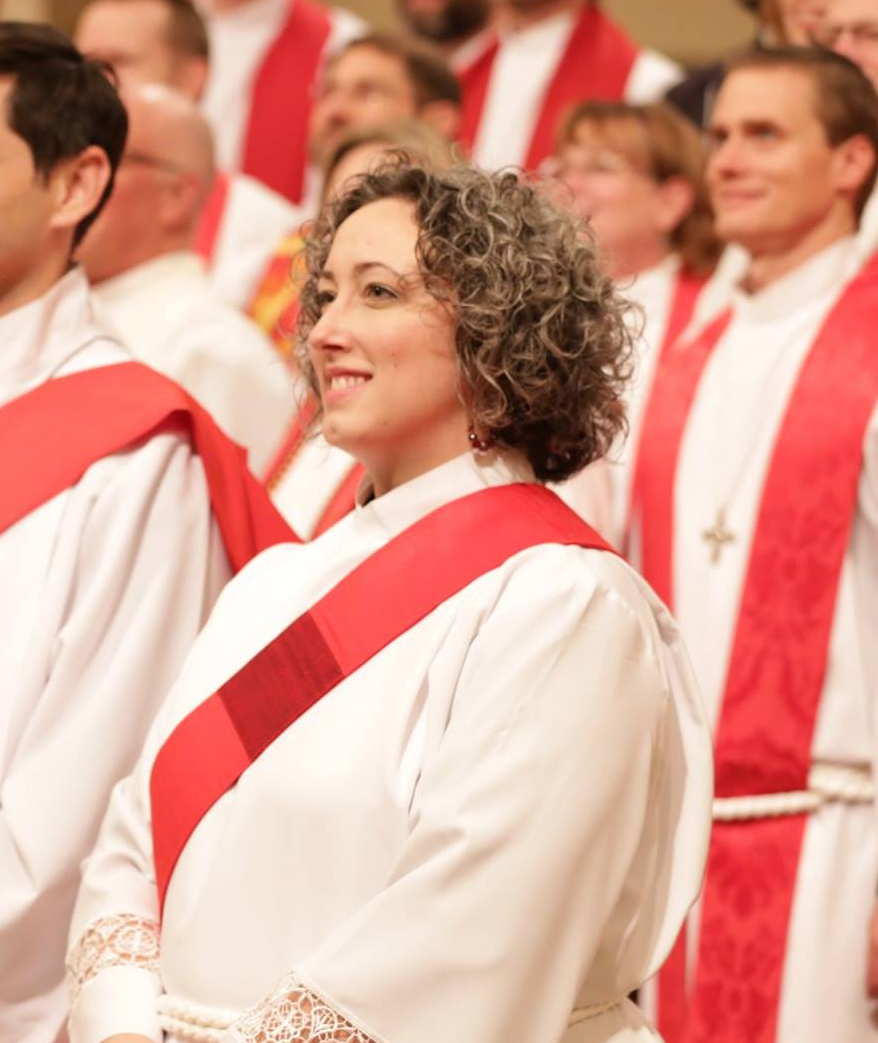 During her time at Truett Seminary, McGowin discovered a space marked by generous orthodoxy, opportunities for spiritual formation, and the hard, important work of living alongside other believers seeking to faithfully answer the call God has placed upon their lives.

“I just don’t think there’s anything that can replace the person on person, lived experience of being in a classroom with people who aren’t like you. You’re asking harder questions, deeper questions, questions that get to the guts of what you believe, and you’re doing it with other people,” she said. “I think it’s valuable because bodies are valuable. Because the Incarnation reveals something true about the world, which is that we’re embodied creatures and so we’re meant to be in relationship that way.”

Studying at seminary “you get to be in the presence of other believers who are trying to discern what faithfulness looks like in ministry today, and that’s valuable in and of itself.”