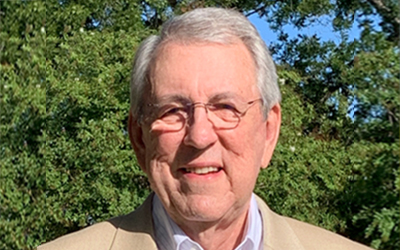 Dr. George Gaston serves as Acting Director of Truett in Houston. In this role, Dr. Gaston is charged with the oversight of the campus, which includes recruiting, supporting, and resourcing students, networking and building relationships with local ministers and other community leaders, and serving as a bridge between Houston and the Seminary’s flagship Waco campus. Truett in Houston, which is beginning its fifth year, offers classes leading to the MTS, MACM, and MDiv in two locations—Tallowood Baptist Church and the Lanier Theological Library.

Dr. Gaston holds the BA from Baylor University and the MDiv and PhD from Southwestern Baptist Theological Seminary. Over the course of his ministry, he has served as Pastor of several Texas Baptist churches, including First Baptist Hamilton; Willow Meadows Baptist Houston; Pioneer Drive Baptist, Abilene; and First Baptist Corpus Christi. Dr. Gaston was also the Assistant Vice President for Spiritual Development and Community Outreach with Memorial-Hermann Healthcare System in Houston and the Regional Vice President for Mission and Ministry with the Baptist Health System in San Antonio.

Early in his career, Dr. Gaston was an Assistant Professor of Pastoral Ministry at Southwestern Baptist Theological Seminary and most recently served as Professor of Pastoral Ministry and Coordinator of the DMin program for Logsdon Seminary’s San Antonio Campus. He and his wife, Susan, live in Richmond, TX on the western edge of Houston and have two adult children and six grandchildren.