OF, BY, and FOR The CHURCH

Truett Seminary is continually building partnerships with churches across the state, and beyond. These relationships are mutually beneficial, aiding churches in their ministry while supporting the Seminary in its mission.

OF, BY, and FOR The CHURCH

Among Baptists there was a felt need for a seminary that would remain rooted to historic Baptist identity, commit absolutely to serving the Church by preparing called women and men for Kingdom service, and also hold firmly to the highest academic standards.

From this felt need and shared dream held by a spectrum of faithful leaders, Truett Seminary was founded.

As current Truett Dean Todd Still is fond of saying, “Truett Seminary is of, by, and for the Church.” It was true in our formation and remains true as the Seminary enters its 26th year of preparing students for Kingdom ministry. A reciprocal partnership with churches continues to enliven, inspire, and refine Truett Seminary.

Since 1991, pastors and leaders have encouraged men and women in their congregation to attend Truett when they sensed God’s call to ministry. Churches have donated funds, sacrificially given by their members, to support student scholarships. In turn, Truett has produced almost 1,600 graduates, most of whom have been called to serve churches and ministries around the globe.

The number of churches partnering with Truett — a few examples of which are featured here — continues to grow as do the ways in which Truett seeks to serve both ministers and churches.

The Church Without Walls (CWOW) has been among Truett’s lead partner churches throughout its history. The relationship began when Dr. Ralph W. West, senior pastor of CWOW, was invited to an early meeting of pastors and leaders discussing the vision to form Truett.

“John Baugh invited me to a seat at the table where vision was being cast for the formation of Truett,” West said. “Since then, I’ve felt part of the DNA of Truett Seminary. It’s been a rich fellowship ever since.”

Since that time, West has taught preaching classes at Truett, been a featured preacher for the Kyle Lake Center for Effective Preaching’s inaugural preaching conferences, and participated with the Center for Ministry Effectiveness and Truett Church Network. CWOW has given financially to support Truett students and has hosted classes on its campus for Truett’s Houston extension.

“Anytime I have a student who feels a call on their life to ministry, I suggest that they go to Truett. [They are] preparing men and women for ministry, not just pastoral ministry but ministry at all levels.” –Dr. Ralph W. West

However, arguably the most significant way in which CWOW has supported the mission of Truett is by sending students to enroll at the Seminary. Over 40 members from CWOW have studied at Truett over the years along with dozens of other students who enrolled at Truett as a result of relationships with West and other Truett graduates from CWOW.

“Anytime I have a student who feels a call on their life to ministry, I suggest that they go to Truett. Here is a school that is preparing men and women for ministry, not just pastoral ministry but ministry at all levels,” West said. “There’s nothing like seeing a man or woman who for years has wanted to study, finally be able to walk into a classroom at Truett and learn with top tier scholars who have a heart and a call to prepare them to serve God’s Church.”

Other churches choose to support Truett financially, primarily through scholarship money for students. One such recent Truett partner church, First Baptist Church of Floydada, is located in the Llano Estacado region of West Texas.  When searching for a pastor in 2016, FBC Floydada’s search committee reached out to Truett’s Office of Ministry Connections for assistance. As a result, Truett graduate Rev. Mark Snowden was called as Senior Pastor. Soon after, FBC Floydada called Truett alumni Nathan Adams as Associate Pastor of Students and Discipleship and Ashley Adams as Minister of Music. Additionally, lay
leader Kyle Smith agreed to serve on Truett’s Board of Advocates.

Influenced by these positive relationships, FBC Floydada chose to include scholarship assistance to Truett students as part of their Kingdom mission.

“We felt like we have been blessed with resources, and Truett supports our mission and vision of what church is,” Snowden said. “We chose to give one percent of our budget each year to Truett.”

Churches and generous donors have helped build a healthy endowment from which all Truett students receive a minimum 50 percent reduction in tuition costs with many being awarded full scholarships. The Baptist General Convention of Texas (BGCT) also generously provides $100 to $150 scholarships per credit hour for all students who are members of a BGCT church. Still, this leaves a significant financial gap many students struggle to close.

Increasing numbers of churches view closing that gap and supporting theological education as part of their Kingdom mission. Every gift, be it large or small, goes directly to reducing costs for students, thereby enabling them to pursue their calling with less financial burden.

Each church featured here boasts multiple Truett alumni on their staffs. As of August 2020, Truett will have graduated approximately 1,600 students in its brief history. These ministers have fanned out around the globe in a wide variety of ministries with roughly two-thirds leaving Truett to enter congregational ministry.

Truett’s Office of Ministry Connections (OMC) was formed in 2015 to serve as a connection point between churches seeking ministers and Truett students, alumni, and friends seeking places of service. In any given season, OMC is working with over 100 churches and 300 ministers in their respective ministry searches. In addition, OMC consults with search committees regularly and helps connect churches with interim pastors.

FBC Huntsville, Alabama, is one of a growing number of churches seeking to find creative ways to partner with Truett Seminary in placement. In 2016, Senior Pastor Travis Collins led FBC Huntsville to form two new ministry residencies. At Collins' urging, the church committed to work with Truett to find graduates to serve as residents.

“We were having a hard time finding seminaries with that theological and denominational fit,” he said. “Truett’s size, the connection to Baylor, and trusted relationships with faculty and staff make a consistent partnership a prudent choice for FBC Huntsville.”

Over four years, Truett has supplied all four residents for the church.

“At this point, because of the quality of graduates who have served with us, it’s assumed Truett is the first place we’ll reach out to for residents and staff,” Collins said.

Truett is, more than ever, a trusted resource when churches around the country are searching for ministers. While Truett’s traditional partners — the BGCT and the Cooperative Baptist Fellowship — continue to turn to Truett, new partnerships have been formed. Truett now regularly works with the Baptist General Association of Virginia, American Baptists, United Methodists, and more to help find places for students, alumni, and friends to serve.

A growing way pastors and churches are partnering with Truett is through the newly formed Truett Church Network.

Over the past decade, Truett has dramatically expanded the ways in which it encourages ministers and supports churches beyond the classroom. In addition to the previously mentioned Office of Ministry Connections, the Kyle Lake Center for Effective Preaching provides leading-edge preaching conferences and training; the W. Winfred Moore Center for Ministry Effectiveness provides leadership training on pressing pastoral leadership challenges; and the Online Certificate Program provides high quality online theological education for bi-vocational pastors and lay leaders around the country.

The Truett Church Network (TCN) was formed to be a focal point for the many ways Truett seeks to serve churches and continues to encourage ministers once they graduate. This has been exemplified recently during COVID-19 as TCN began offering weekly webinars — accessed by thousands across the globe — for ministers featuring leading voices in ministry.

No church enjoys a deeper relationship with Truett than FBC Waco. From hosting classes during Truett’s first decade, to hiring students and alumni to serve on staff, to Snowden serving as adjunct professor, Truett and FBC Waco have served each other deeply. Snowden points out that the continuing support of churches and new developments like the Truett Church Network position Truett for shifts in theological education.

Dr. Ralph West agrees with the assessment that relationships between seminary and churches, and vice versa, must continue to deepen.

As the Seminary looks toward its future, Truett continues to be “of, by, and for the Church,” and we invite you to consider how your church might partner with Truett in the season ahead. 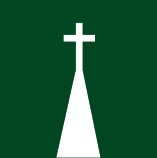 Truett is of, by, and for the Church. Thus, the Seminary continually strives to be a resource and a source of encouragement for local congregations and parachurch organizations, not least those affiliated with Texas Baptists. Truett Seminary values and enjoys collaborative, supportive relationships with its alumni and friends and seeks to undergird them as they live out the Great Commandment and the Great Commission.