Baylor>The Cord // 2019>Table of Contents>True to Her Calling: Linda Brian

True to Her Calling: Linda Brian 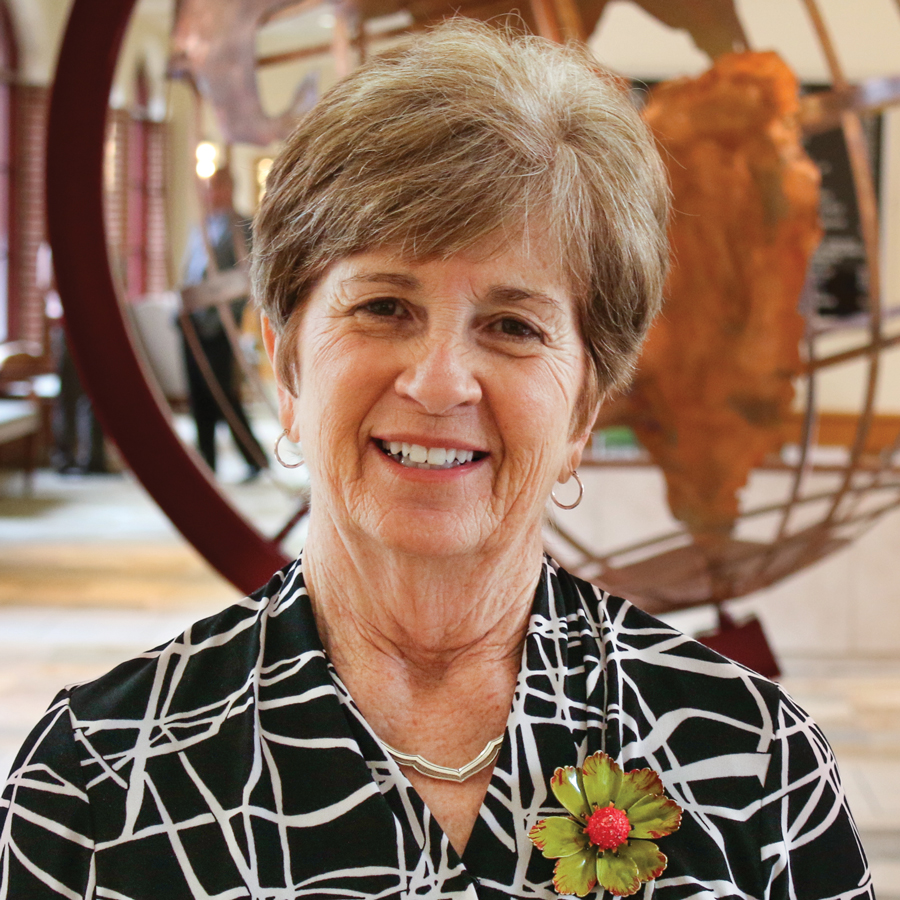 Tell us a little about your current connection with Baylor?

There is nothing like being on Baylor’s beautiful campus and seeing the students hurrying to class, visiting with each other and enjoying campus activities such as Homecoming, Sing, and athletic events. Serving on several University advisory boards has also provided a more in-depth involvement with the various academic areas at Baylor. I began serving on the Board of Regents in June 2009 and completed three terms of service in May 2018. In addition, the Baylor Women’s Network provides connections with Panhandle folks who love Baylor.

How did you first become connected with Truett Seminary and what does your involvement look like now as a member of the Seminary’s Board of Advocates?

I remember the excitement among Texas Baptists in the early 1990s when it was announced that a seminary was being established at Baylor. My initial involvement with the new Truett Seminary was actually through FBC Amarillo, as church members had the opportunity to contribute to its building, a portion of it in honor of our pastor, Dr. Howard Batson. Also, my brother, Bill, was on Truett’s first Advisory Board. I began service on the Truett Board of Advocates (BOA) in 2018.

Serving on the BOA has given me the opportunity to get to know Truett’s administrators, staff, and faculty and to learn about both their current work with Truett students, as well as their aspirations for the Seminary. Our BOA meetings have included opportunities to talk with Truett students about their coursework and their plans upon graduation. I’m always amazed at the students’ deep commitment and clear-eyed vision for carrying out what they know God has called them to do. Such opportunities help reinforce my conviction that Truett is standing true to its calling, as well.

You have been a strong supporter of Truett’s newly named Dr. W. Winfred Moore Center for Ministry Effectiveness. What is your relationship with the Center and why do you choose to support it?

I believe that the mission of the Center — to strengthen and enable Christian ministers to carry out their callings effectively — simply states the Center’s endeavor to complete Truett’s mission. As the Center endeavors to “walk alongside congregational and mission leaders,” whether Truett graduates or not, it is providing the support and encouragement needed by our church leaders.

Dr. Winfred Moore, pastor of FBC Amarillo for 30 years and [former] chair of Baylor’s Board of Regents, became the first director of the Center. Having seen firsthand Dr. Moore’s “ministry” and “effectiveness” in serving the local church, I can think of no better person to guide the Center for Ministry Effectiveness in its inaugural years and no greater honor for him than for Truett to attach his name to the Center. I remember a conversation with him in which he expressed the need he had long seen for such a place as the Center and was both honored and humbled to be allowed to serve in such a capacity. I have not been called to work in vocational ministry, but I certainly feel called to support those who have received and answered that call. I believe the Bible teaches that when we believe in a mission we are called to support it in whatever way possible. Not only did I learn this teaching in my church, but I also experienced it being practiced often by my family — grandparents, parents, and siblings.

Why do you believe Truett’s mission and the work of the Seminary is important?

In a world that desperately needs a strong, clear, compassionate voice from Christ’s body, the Church, I can think of no higher calling than that of equipping God-called people to serve “in and alongside Christ’s Church” as Truett’s mission states.

Even though Truett has a relatively short history as a seminary, it has already established itself as one of the premier seminaries in the U.S. It stands out as a place where students receive a solid theological foundation rooted in Scripture and traditional Baptist distinctives. It has also, from its inception, desired that students learn about what I would call the “practical application” of ministry in and alongside the Church.

I have also been able to see firsthand the very positive results of a Truett education in my own church, as five staff members in recent years have graduated from Truett. Two of them have since been called to serve as senior pastors in other churches.