Baylor>The Cord - 2018>Stepping Out in Faith

With his return to Waco to serve as executive director of Mission Waco/Mission World, John Calaway has come full circle and yet is just beginning. His heart for the poor irrevocably shaped as a student at Truett Seminary, Calaway appreciates how his theological education prepared him for this new role in the messy and miraculous story of urban ministry—a role he had not envisioned but to which he is fully committed as co-creator, heeding God’s call on his life.

Mission Waco is a nonprofit Christian organization that empowers the poor through holistic programs; mobilizes the middle-class to become more compassionately involved with the poor; and seeks ways to overcome the systemic issues of social injustice. Baylor University alumni Jimmy and Janet Dorrell began the ministry in 1982 after moving with their four children to live among the poor in a blighted North Waco neighborhood, which remains their home base for sharing the Good News in Waco and beyond, including Latin America and South Asia.

Calaway had always planned to minister in a church setting. A lifelong Baptist, he earned an undergraduate degree at Hardin Simmons University followed by a stint with the International Mission Board in Nepal. His work there with the Sherpa people to address their economic, spiritual, and medical needs set him on a path to serve the poor through the local church.

“I never thought for an instant that I’d be in a nonprofit; it’s not why I went to Truett,” Calaway said. “I thought I’d be in the local church for the rest of my life.”

His experience abroad inspired Calaway to seek out a seminary different from the myriad Southern Baptist Convention options familiar to him. It also introduced him to the Dorrells’ son, Josh, whom he met in Thailand at a Mission Board conference. Josh encouraged him to contact Jimmy, an adjunct professor at Truett Seminary in Waco, if Calaway opted to continue his education there.

Jimmy Dorrell has taught Community Development and Ministry at Truett for nearly 15 years. Central to his curriculum are site visits to community development programs throughout Texas and attendance at the statewide conference annually hosted by the Texas Christian Community Development Network (TCCDN), which he founded in 2012. Truett provided a generous sponsorship of the 2018 conference, to be held in Waco this October, due to outreach initiated by Dean Todd Still to strengthen the Seminary’s relationship with Mission Waco. 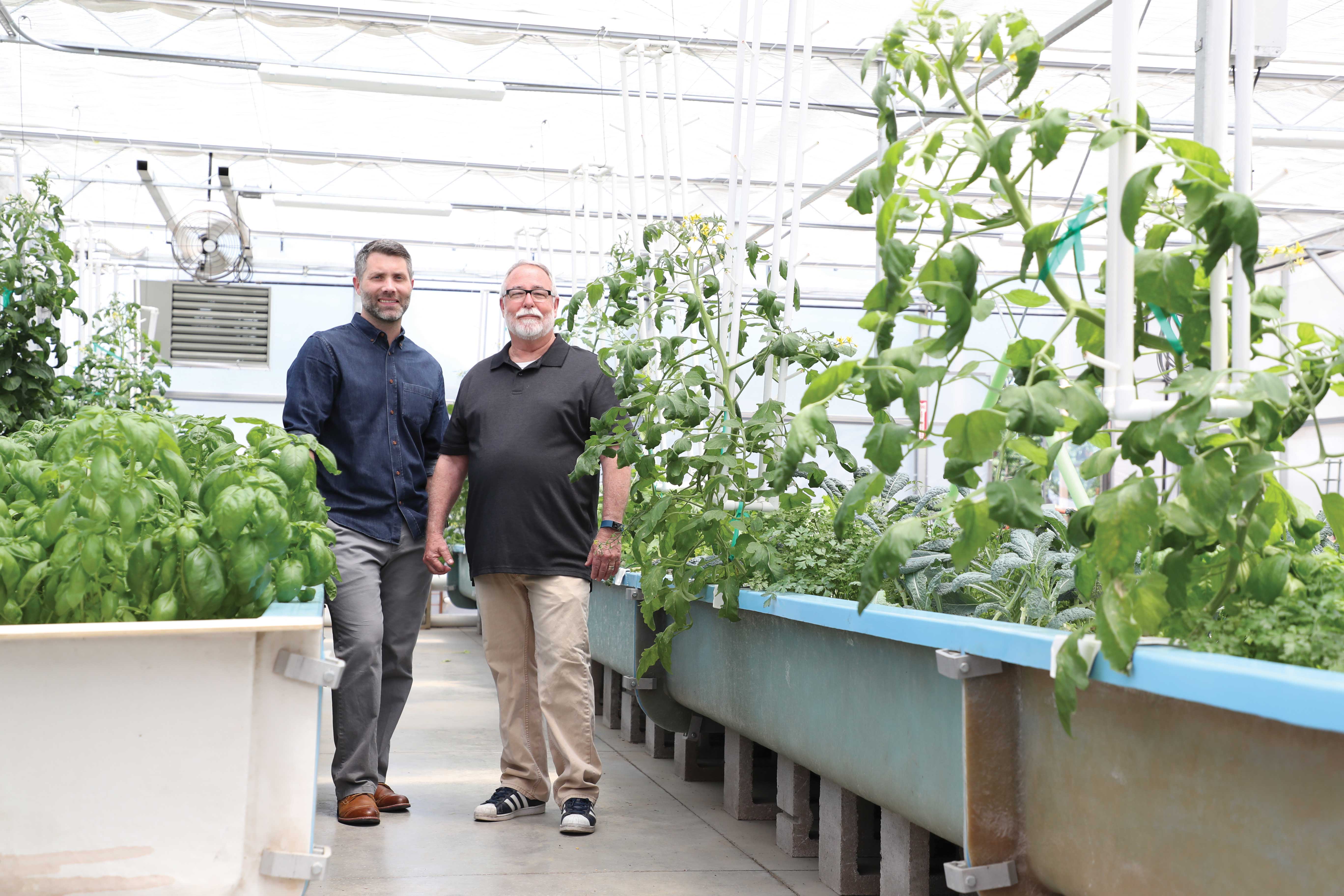 In recent years, Dorrell also has taught Christian World Mission for Truett and served as an adjunct professor for the Philanthropy and Public Service program in Baylor’s Honors College. He earned a bachelor’s in religion and master’s in environmental studies from Baylor, a master of divinity from Southwestern Baptist Theological Seminary, and a doctor of ministry from Eastern Baptist Theological Seminary.

Calaway met Jimmy and Janet almost inadvertently when he took Jimmy’s class during his second semester at Truett. As the couple shared their story on the first day of class, Calaway realized they were Josh’s parents. Personal introductions followed, launching a friendship and Calaway’s active engagement with Mission Waco that would enhance his time at Truett and further inform his vocation.

“That was the start of a really fun time with them, as I was wrestling with issues of my faith and theology…and how that played out amongst the poor, my feelings on what the church was or was not doing to serve the poor,” Calaway said. “All the things you wrestle with at Truett, at seminary, you do alongside a really great community, and I was doing it in the context of Mission Waco.”

Calaway had arrived at Truett in 2009 with his new bride, Sarah, whose work as a pediatric physical therapist supported his full-time studies. The next two and a half years were life changing. Seminary expanded his outlook by fostering the thoughtful consideration of vital content in conversation with classmates of varied backgrounds and viewpoints. “A long list of mighty men and women,” among them Drs. Still, Olson, and Creech, deepened his understanding of biblical servanthood and its capacity to transform.

“I had kind of come from a philosophy that was very relief minded…very much a hand out, very much somebody doesn’t have food so I give them food that day,” Calaway said. “God just blew up my perspective of the church’s response, throughout history and currently, to poverty, of how to address the causes of poverty but also how to appropriately and more compassionately serve the poor.”

In 2011, Calaway completed his Master of Divinity with a concentration in Missions and World Christianity. He went on to serve as Missions Pastor at a church in Austin and start a family with Sarah. After five years spent facilitating his congregation’s mission outreach, a longing to participate more fully in missions himself prompted Calaway to consider new ways to fulfill his calling. Concurrently, Mission Waco leadership was crafting a succession plan and looking for a qualified candidate to take the helm.

“When I began to work in the local church context and got to see boots on the ground, people who were day to day in the messy lives of those God had called them to serve, slowly but surely, I began to identify with the folks who were doing that, more than my support role,” Calaway said.

He had maintained contact with his Waco-based mentors and friends through various professional engagements, such as leading discussions in the Christian World Mission class for Dorrell and conducting workshops for the Texas Christian Community Development Network. Ministerial life kept him connected with Dr. Mike Stroope, associate professor and holder of the M.C. Shook Chair of Christian Missions at Truett, who authored the mission training materials utilized by Calaway’s church.

“I would come in and help facilitate a discussion around what community development looks like in a local church context, and that’s when I was able to kind of keep the relationships that I had,” Calaway said. “I’d see Truett professors when I’d come up.”

Calaway became executive director of Mission Waco in 2018, concluding a transition year spent working alongside Dorrell. Today, he oversees more than 30 programs carried out by 125 staff and legions of volunteers. On any given day, Calaway can be found engaging with his North Waco neighbors and their advocates in a variety of settings, such as after school care and tutoring, emergency and transitional housing, health and legal services, addiction recovery, job training and mentorship, Bible study, and prayer groups.

The Calaway family’s decision to step out in faith was significant, especially with two young children to consider, but it has led to a seamless and fulfilling vocational life. Residing in the neighborhood, they are a consistent presence at the many venues and activities made possible by Mission Waco. Sarah’s parents even relocated to Waco and regularly volunteer with the organization. At the same time, essential support from the larger community allows their lives to intersect with gifted leaders and volunteers from all walks of life, including Truett. 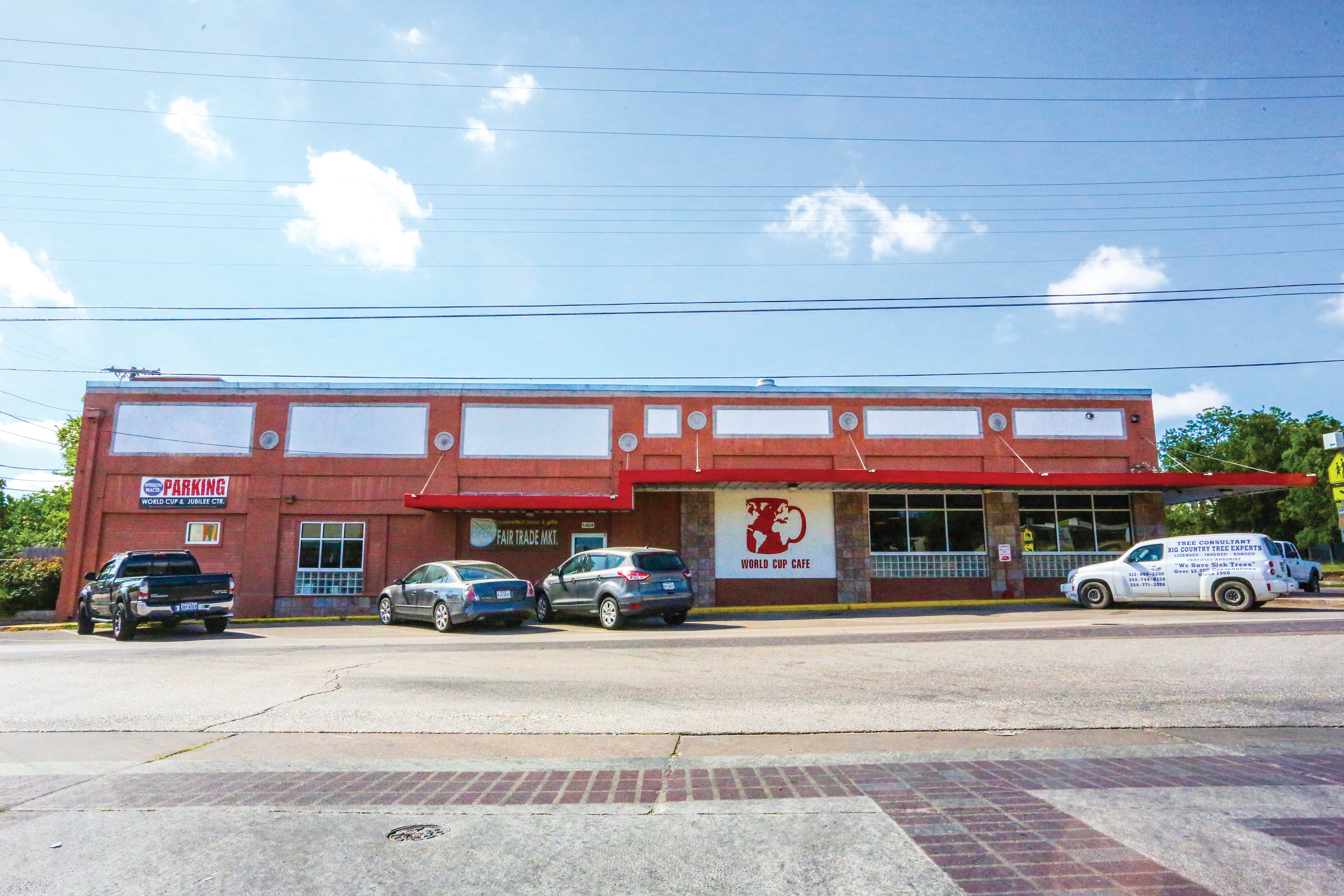 “I couldn’t come back here and not move into the neighborhood because it just doesn’t compute,” Calaway said. “At the end of the day, my wife and I had to put it at the feet of Jesus and say ‘God, we’ll go where you’ve called us to go, do what you’ve called us to do in whatever context that’s in,’ and God led us to the context of Waco.”

With Calaway at the helm, Dorrell can focus on projects currently underway: a nonprofit grocery store; a solar-powered renewable energy and agriculture project featuring an aquaponics greenhouse and a commercial compost program designed by Baylor environmental science and engineering students; and the renovation of an abandoned liquor store to house new businesses that enhance the neighborhood. Shepherding these innovative ventures to self-sustainability is Dorrell’s passion, as their success will attract commercial investment that fuels revitalization.

“We’ve redone like 14 buildings in Waco,” Dorrell said. “We’re not going to run everything. We’re just going to make this the center and then people will rent from us. We’ll be the watchdogs to make sure everything that goes in over there is good for the neighborhood and their dreams.”

Bringing people to the neighborhood is essential not only to its economic health but to cultivating relationships that personalize poverty and mobilize people to action, a key tenet of the organization. Through exposure trips abroad, neighborhood tours, and its renowned Poverty Simulation, Mission Waco seeks to reframe in a biblical context participants’ sense of relationship and responsibility to the poor. Passionately describing the effort, Calaway sounds like the community pastor he has become, not so far removed from church after all.

“It’s amazing to see people’s minds be blown up, their perspectives changed and no longer objectifying people in poverty,” Calaway said, referring to the poverty of spirit he embraces to learn from and walk alongside others. Summing up the grace-filled dynamics of urban missions that define his life today, Calaway recalls the words of Dr. Stroope: “It’s all about people being transformed by people who are being transformed.”