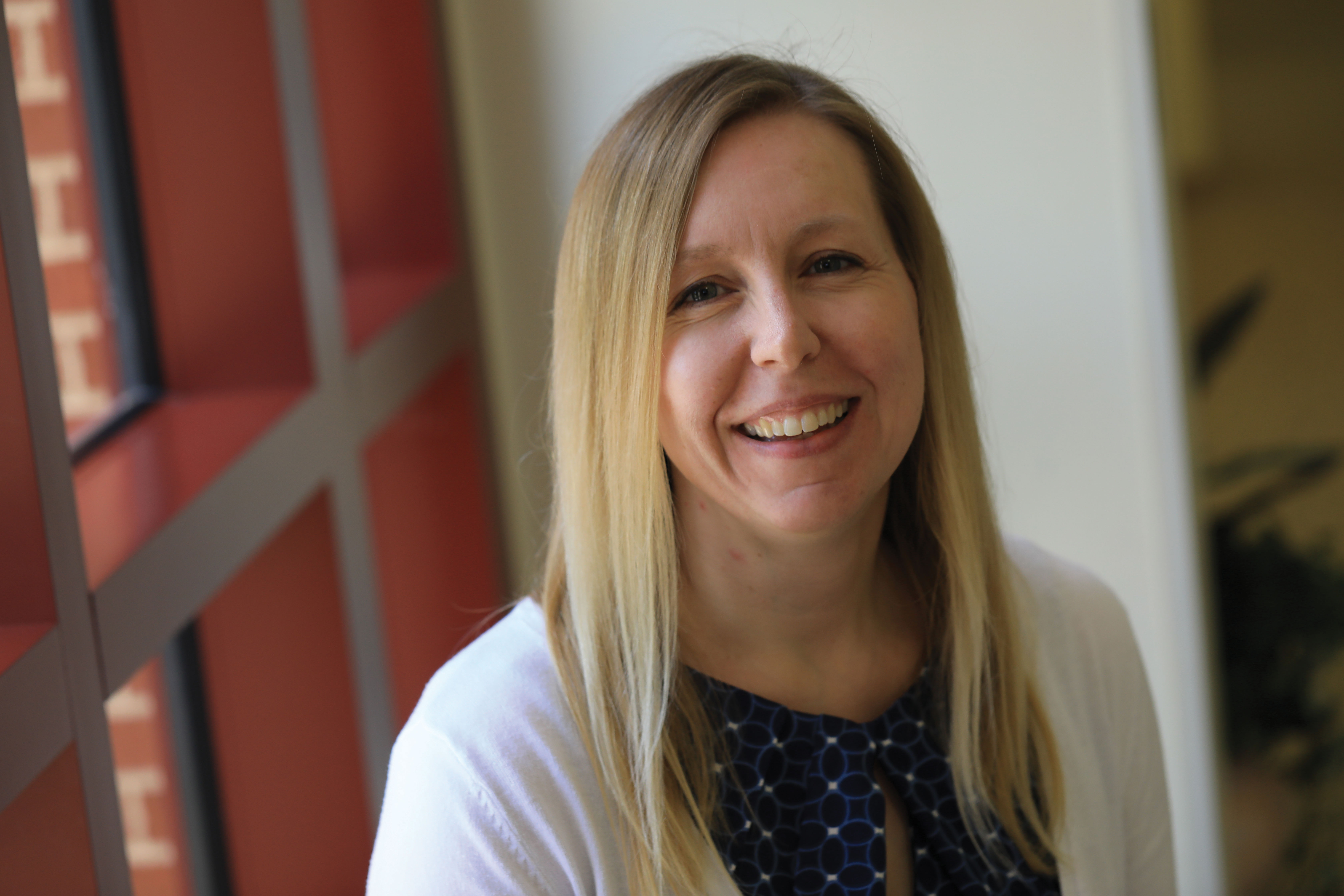 Created by the Baylor Centennial Class of 1945, the Centennial Professor award provides tenured professors with funding for research projects to aid with more in-depth study in their respective fields. Reed will use the grant for trips to visit and worship with eight congregations and to interview 24 ministers. She plans to use these visits to shape curricula of spiritual formation and discipleship at Truett.

“Many seminaries have neglected the teaching of prayer in ministry, which may lead to ambiguity about the language and practice of prayer in pastoral work,” Reed said. “This will have implications for training our students to provide spiritual care through the resident chaplaincy and spiritual direction programs serving undergraduates at Baylor University.” 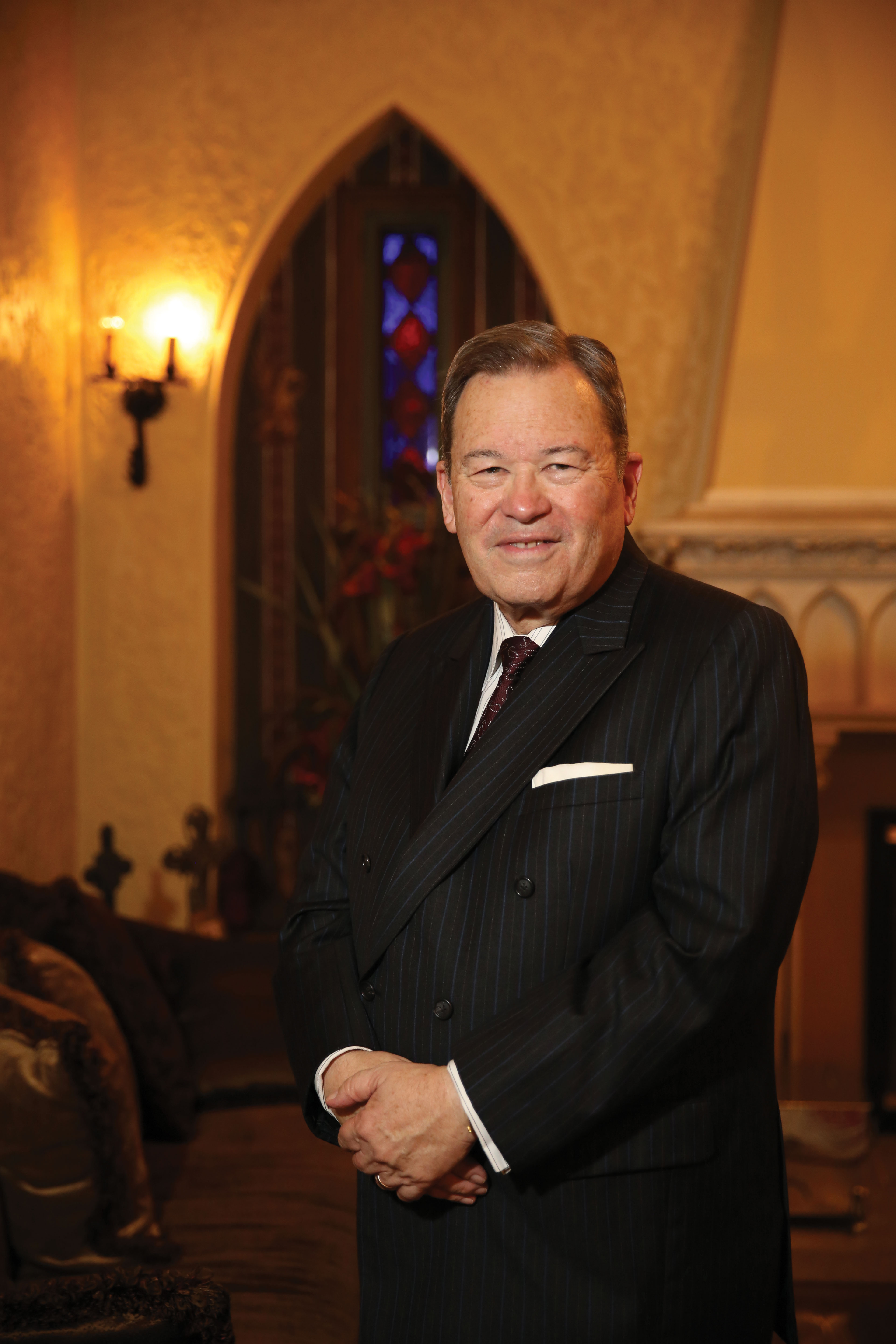 In July 2018, at the annual E.K. Bailey Expository Preaching Conference, Dr. Joel Gregory, professor of preaching, holder of the George W. Truett Endowed Chair in Preaching and Evangelism, and director of the Kyle Lake Center for Effective Preaching, was honored with the “Living Legend Award.”

From the E.K. Bailey Preaching Conference: “For the past years of our conference, we have honored a preacher who has made a lifetime of contributions to the preaching community. This year we are honoring Dr. Joel Gregory, known for shaping a generation of preachers internationally while serving as the professor of preaching at George W. Truett Theological Seminary of Baylor University.”

The Conference, named after legendary preacher E.K. Bailey, is held annually for preachers to grow in their skills and practice the exposition of Scripture through workshops, sessions, and other resources. Past recipients of the Living Legend Award include Dr. Gardner Taylor and Dr. Haddon Robinson.

“The E.K. Bailey International Conference on Expository Preaching has been the most influential conference of its type in the nation for 20 years. It has been my privilege to speak there each year since 1997,” Gregory said. “The late Rev. Dr. E.K. Bailey was a friend to me at the high points of my ministry and at the very lowest. He is the person who opened the doors for me to hundreds of black churches, conferences, and colleges.  It is moving to me to be recognized at the conference that bears his name.” 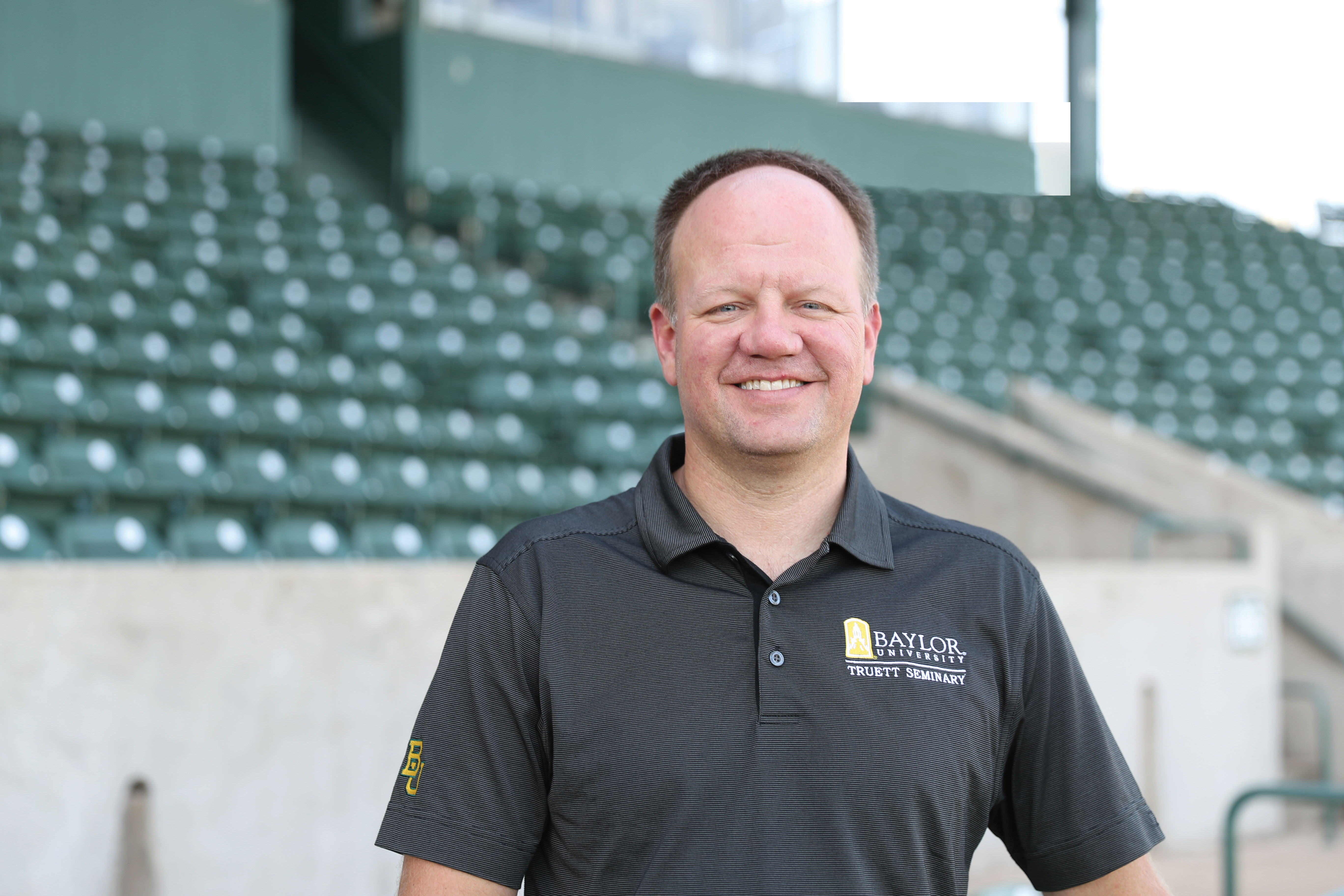 Dr. John B. White, Harold and Dottie Riley associate professor of practical theology and director of the sports chaplaincy/ministry program, was recently named by Baylor as one of 12 Outstanding Faculty Award Winners for “significant contributions to the academic community in ways other than teaching or research.”

Award Winners are nominated by their faculty colleagues to the University Selection Committee for Outstanding Professors, who are then charged to select in each case the "best all around professor based upon teaching capabilities, research achievement, effective committee service, time spent with students, and civic and church involvement." Each of the 12 outstanding professors receives a cash award of $2,500, a citation, and recognition at the spring commencement ceremonies.

“Receiving an award, in general, is an honor, since the award recognizes the merits of a person’s work and achievements,” Dr. White said. “However, as a Christian scholar and teacher, I recognize that my efforts are never independent of the gifts that come from above from God the Father and the encouragement of my family, church, friends, and Truett colleagues. That means this award reflects God’s good gifts to me and my community’s constant support, and for that, I am most grateful.” 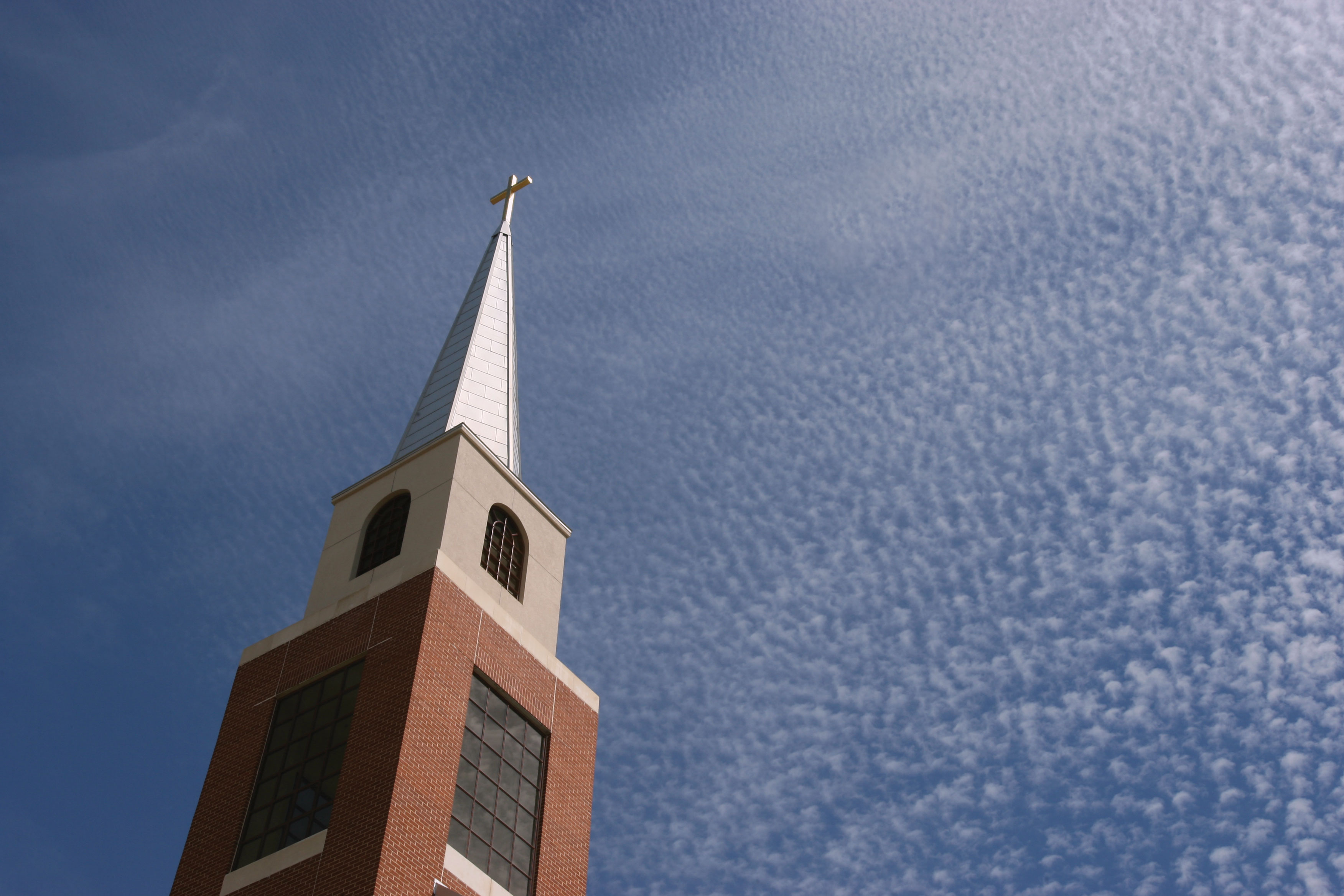 After a survey establishing the criteria to determine an “effective” preacher, members of the Evangelical Homiletics Society and the Academy of Homiletics were asked to nominate as many as five preachers who demonstrate the criteria in their preaching.

More information about the survey can be found online at baylor.edu/truett/12preachers. 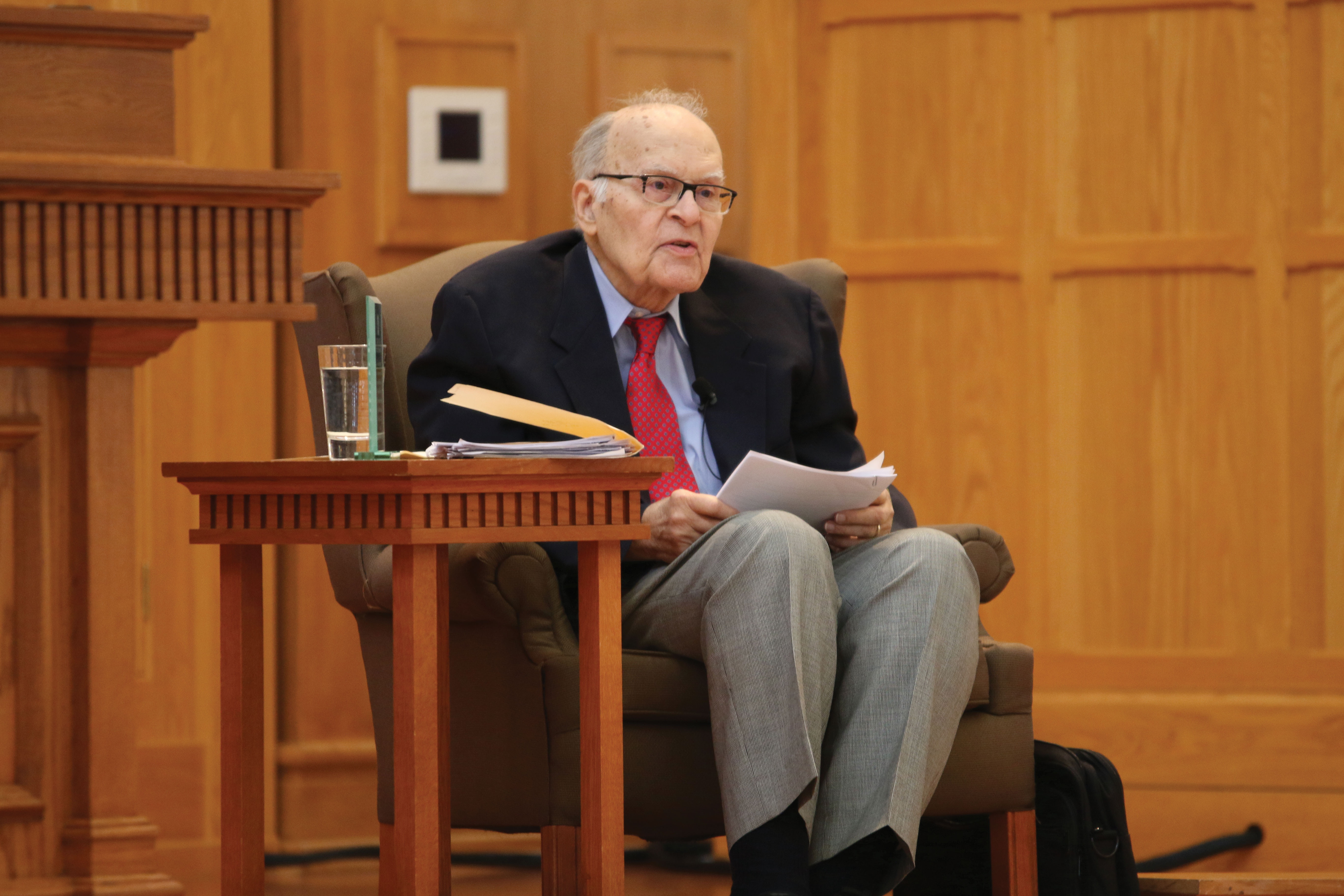 Dr. Garrett was born in Waco in 1925 and graduated as valedictorian from Waco High School. His distinguished academic career yielded a BA at Baylor, BD and ThD at Southwestern Baptist Theological Seminary, a ThM at Princeton Theological Seminary, and PhD from Harvard University. Baylor also presented him with a rare honorary Doctor of Divinity in 2008.

During his special visit to Truett, Dr. Garrett presented a lecture entitled “Anabaptists, Global Missions, and Christian Unity” to a crowd of pastors, scholars, and students in the Powell Chapel, followed by an engaging Q&A session in the Great Hall. He discussed what the 21st century church can draw from 16th century Anabaptism, including a dedication to the Great Commission and Christian—and specifically Baptist—unification.

“Dr. Garrett personified the best of Baptist scholarship for more than two generations of Baptist leaders in the U.S. and around the world,” said Dr. Preben Vang, Professor of Christian Scriptures and Director of Truett’s Doctor of Ministry Program. “His lecture came with the same theological depth, spiritual passion, and Kingdom focus that has characterized his life, and it called us all to renew our commitment to both scholarship and active ministry. To say that this was a mature statement on theology and Baptist life would be an understatement. All who attended left grateful and enriched.” 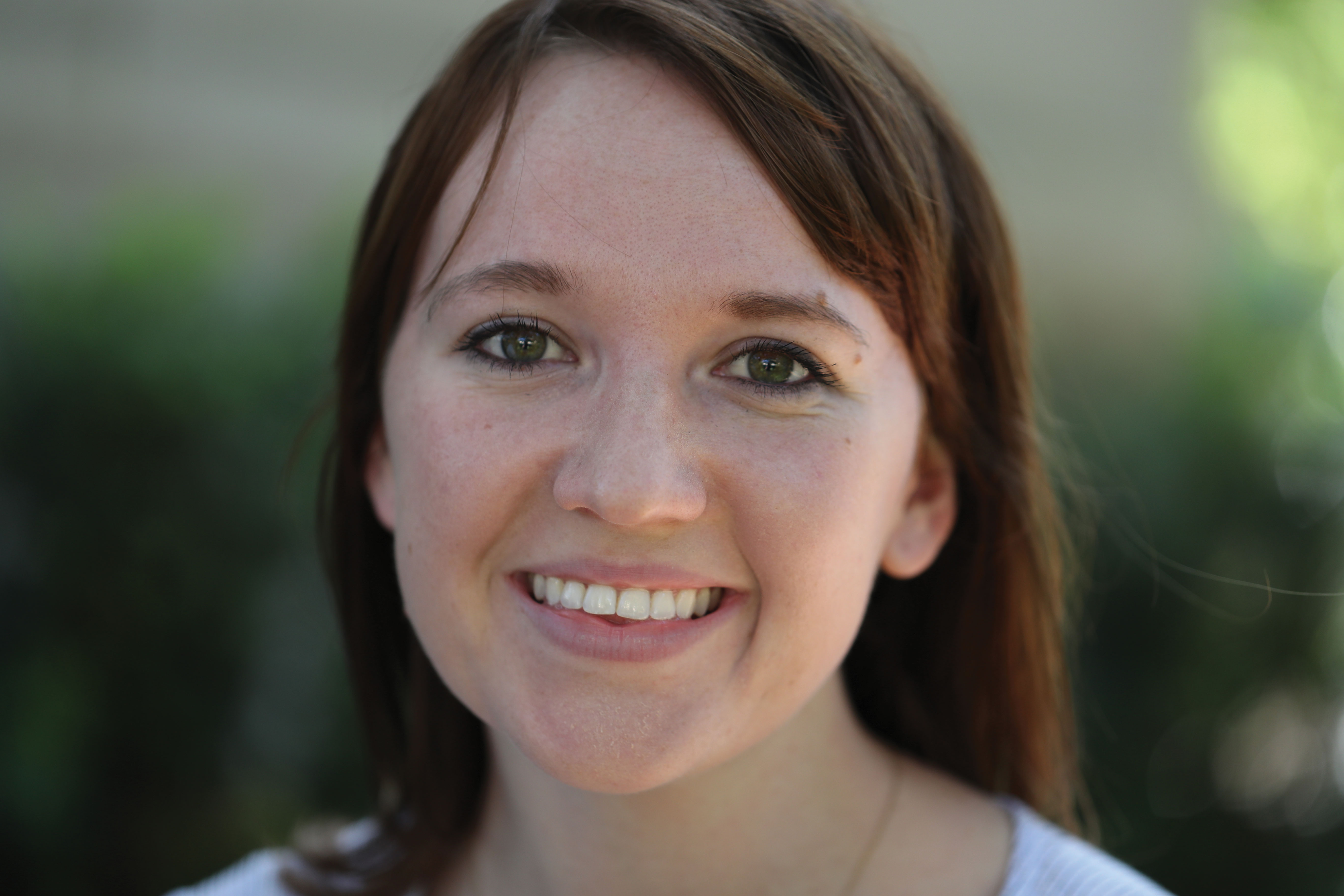 This past spring, Truett student Julia Wallace was selected as one of 13 seminary and divinity school students for the 2018 Seminary Program of the Fellowships at Auschwitz for the Study of Professional Ethics (FASPE).

Through FASPE, Wallace participated in a two-week program in Germany and Poland in June. The program used the conduct of clergy and religious leaders in Nazi-occupied Europe as a way to reflect on contemporary professional ethics.

“I feel blessed to be able to participate in a program that allows future religious leaders, from various denominations and religious backgrounds, to gather together to discuss ethics in a context where ethics were so clearly perverted so that we may learn to identify signs of moral degradation and serve as voices of conscience—and dissent—in our own contexts,” Wallace said.

The FASPE Seminary program offers an approach to ethics and professionalism that differs from the usual classroom experience by providing a holistic curriculum that looks beyond the specifics of formal rules to focus on the ethical dilemmas faced by individual clergy and other religious leaders in the contemporary setting. Daily seminars are led by specialized faculty who engage fellows in discussions and critical thinking about both the historical and the contemporary. The Seminary Program is strengthened by the diverse perspectives of its participants and the power of place and context.