Recently, conversations across the country related to Title IX have expanded to focus on the importance of helping students to understand how and where to report instances of sexual violence as well as efforts to prevent their occurrence. Increasing student awareness of the support available through the Title IX Office, the effects of sexual violence on survivors and the ways in which bystanders can diffuse violent or potentially violent situations are key priorities of Baylor’s sexual assault awareness and prevention programming. 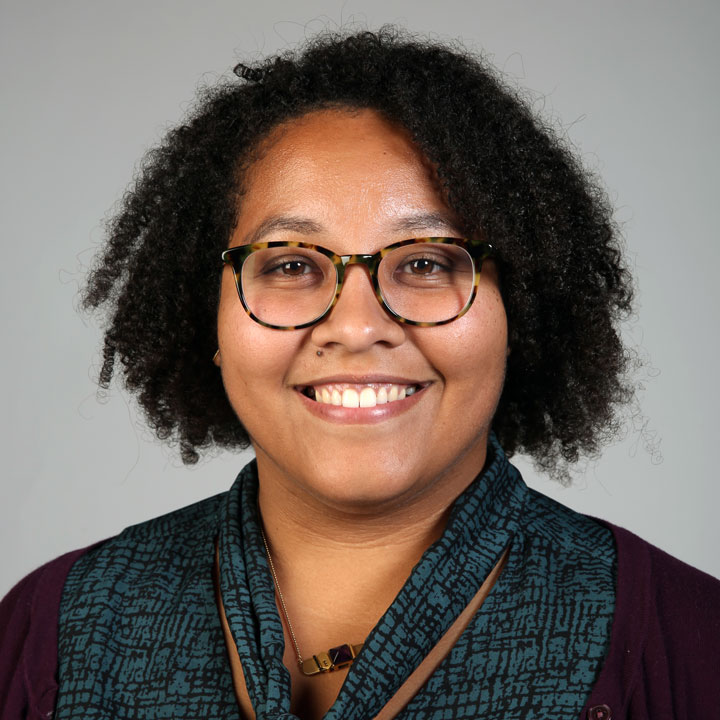 “Awareness and reporting go hand-in-hand with effective prevention,” said Sarah McPherson, prevention and training specialist in Baylor University’s Title IX Office. “What is commonly understood among prevention workers is that as awareness and prevention measures become more effective, we typically see reporting increase for a period of time. Prevention is tied to greater awareness of unsafe situations and unacceptable behavior, which is tied to an understanding that we in the Title IX Office are here for students, along with other resources. Reporting reflects students’ trust in us and in the policies in place, as well as a shift in the campus culture.”

McPherson studied psychology and anthropology as an undergraduate at the University of Pittsburgh and later earned a master’s degree from Baylor’s Diana R. Garland School of Social Work. Before joining the Title IX Office in 2015, she worked as the prevention coordinator at Waco’s Advocacy Center for Crime Victims and Children. Her time in this role solidified something McPherson already knew—that attitudes about gender are so tightly woven into the cultural fabric, in part, because they take shape in early childhood.

“Prevention starts very early,” she said. “When I was with the Advocacy Center, we went into schools and talked with kindergarteners, middle schoolers, high schoolers, each in age- and developmentally appropriate ways, about things like consent and bullying, emotions and gender stereotypes. From a young age, the messages we receive about what is manly or not – which colors or clothes are for boys and which are for girls – that can inform, when we’re older, how we think about the way men and women should be treated.”

By the time students enroll at a college or university, a reliance on ineffective prevention measures is all too common – namely risk reduction techniques which place the responsibility of prevention primarily on victims. These may well be sound, common-sense tips, but they do not constitute an effective, long-term prevention strategy.

Challenging harmful and often deeply rooted attitudes while promoting a campus-wide culture of care and understanding for one another is the goal motivating everyone in the Title IX Office. The national “Its On Us” campaign was adopted at Baylor in 2015 and has helped to usher in palpable change in the way faculty, staff and students acknowledge the reality of sexual violence and the role of the individual in its prevention.

“‘It’s On Us’ is a powerful message and a rallying cry directed not only toward students, but also faculty, staff and administrators,” McPherson said. “That messaging is all over campus.”

Baylor’s It’s On Us Student Advisory Council met weekly with staff in the Title IX Office throughout the 2016-17 academic year and organized a robust calendar of programming. An It’s On Us football game involved signature boards for anyone taking the It’s On Us Pledge, campaign stickers, and a stirring video which aired during the game.

“The school year was particularly ‘front-loaded’ with programming as students and faculty were returning to campus,” Tucker said. “And in March, we had 150 to 200 or more students attend a panel discussion about victim blaming. It was hosted by the communications department. I sat on the panel with a local counselor, a professor and researcher from the University of North Texas and a staff member from Baylor marketing and communications. It was very successful. Then in April, Sexual Assault Awareness Month, the [It’s On Us Student Advisory] Council really took the lead in planning a four-week speaker series discussing sexuality within different contexts – within the Christian faith, within society. Baylor faculty attended and shared research and experience. We’re just having really good conversations, good dialogue about these tough topics, which helps to raise awareness and open doors.”

Influenced by the Social-Ecological Model, a four-level model for understanding violence promoted by the Centers for Disease Control and Prevention, Title IX Office staff are always negotiating the complex interaction between individual, relationship, community and society in developing the most effective strategies for prevention.

“We must move away from measures and ideas that promote viewing all men as perpetrators and all women as victims,” McPherson said. “That change is not going to happen through any single training module or presentation alone. Understanding the reason why there is violence will require research. It will require a lot of deep digging and examining the messages reinforced by the culture.”

To that end, Baylor students were recently invited to take part in a Campus Climate Survey the results of which will be analyzed this summer and will inform prevention efforts at Baylor, including training modules.

“We were pleased with the participation rate because this is the first time we’ve conducted this survey,” Tucker said. “It’s completely voluntary, so [the participation] has demonstrated that students are willing to help us understand where they’re coming from, to make a difference.”

Within a relatively short amount of time, Baylor’s Title IX Office has experienced rapid evolution thanks to significant investment by the University – resources that allow the Title IX Office as a whole to function more proactively, with an eye toward the future. In May, Tucker and McPherson are excited to launch Green Dot, a violence prevention program whose approach relies on peer influence and views all individuals as potential bystanders capable of recognizing and diffusing violence before it starts.

“About 35 Baylor faculty and staff members from a variety of departments across campus have committed to a four-day ‘Train the Instructor’ session with Green Dot,” McPherson said. “These Baylor employees receive training, and via word-of-mouth, those employees generate interest in the program within their circles. It’s unique in that the rollout happens in stages, and this is only the first stage. Unlike other faculty, staff and student training, Green Dot training is not mandatory. According to research, you get the most buy-in and the program is most effective when it’s totally organic and grass-roots in the way awareness spreads and changes the culture.”