A Path To Success: Programs and Policies to Enhance Prevention and Safety

Baylor Police Chief Brad Wigtil is well acquainted with the Baylor experience as the father of two Baylor graduates. He embraced the University’s Christian mission and commitment to scholarship and service. It dovetailed perfectly with his faith and dedication to duty. 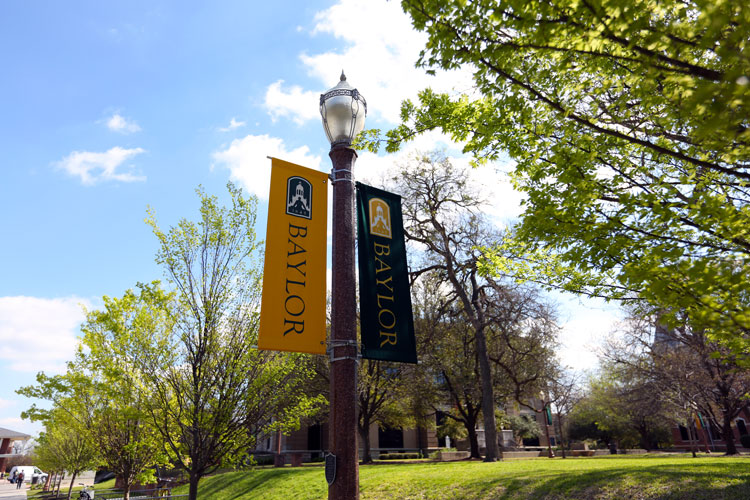 In 2012, Wigtil joined Baylor University Police Department (BUPD) as assistant chief and was named chief in September 2014. Since that time, Wigtil and Mark Childers, associate vice president for public safety and security, have revamped the department and have taken campus safety and security to new levels.

In the last two years alone, BUPD has added 11 commissioned officers and two dispatchers for a total of 38 officers and 10 dispatchers, making the department the third largest in the county.

The department has also increased technology usage, adding more than 175 cameras (which will bring the total to approximately 1,000 cameras by fall 2017) on campus while rolling out BU Campus Guardian, a phone app that allows users to connect with friends to monitor safety or call or text dispatchers.

In addition to an increase in staff and technology, an important component of Wigtil’s strategy is community policing. Over the past year, Wigtil instituted the Community Contact Program where all officers are expected to interact with Baylor campus community members during each shift. He sees building relationships and engaging and educating students about personal safety as priorities.

“I care deeply about the students and feel that a big part of our mission is to help our students acquire personal safety life skills that they can employ for a lifetime,” Wigtil said.

Other department initiatives include hosting the first-ever National Night Out in the heart of campus so that officers and students could get to know one another in a safe and friendly space; implementing the first National Drug Take Back event at the end of the semester to help students safely dispose of prescription drugs; and signing an memorandum of understanding with the Waco Police Department to formalize the partnership between the two entities. The Baylor-Waco police department partnership has grown stronger over the past three years and was solidified and supported with their first joint active shooter exercise, which was held on Baylor’s campus.

BUPD has also increased crime prevention initiatives and added a second officer to assist with safety programming efforts. Because much of Baylor’s campus is closed to traffic, BUPD has certified and equipped two additional officers for bike patrol increasing their coverage of campus.

Even with all these accomplishments, Wigtil is focused on continued improvement of the department.

“Baylor University is committed to safety. We wake up each day focused on how to get better and create an even safer campus,” Wigtil said. “The Baylor Police Department will never become complacent and will continue to evaluate, research and implement new programs to enhance safety on campus.”

Wigtil’s commitment is clear as he encourages additional training for Baylor police officers. Wigtil said the Texas Commission on Law Enforcement requires officers to complete 40 hours of training every two years. His officers easily double that.

“In 2015 and 2016, on average, Baylor officers completed 100 hours of training in one year alone,” Wigtil said. “We are on track to continue that level of training this year.”

Part of the department’s extensive training includes 32 hours of in-service training each May to cover Baylor-related policies and procedures related to issues such as Title IX and the Clery Act.

While campus safety is paramount, Wigtil and Baylor police officers do not confine their duties to just the campus grounds. They are focused on making an impact on the city and students off-campus as well.

“We expanded our crime-free multi-housing program partnership with the City of Waco to ensure the safety of our students who live in the apartments and houses near campus,” Wigtil said. “To become certified in the program these housing complexes must meet stringent security standards.”

Even with such rapid departmental progress, Wigtil is looking forward to positioning the department as a gold standard for university law enforcement. He said BUPD has enrolled in the International Association of Campus Law Enforcement Administrators’ (IACLEA) accreditation program.

“We will be required to meet 215 standards, which represent the best practices in campus law enforcement across the country,” Wigtil said.

While accreditation and reaching gold-standard status are important, Wigtil believes there is a higher calling for him and the Baylor police officers.

“I believe God has amazing plans and purposes for each and every student at Baylor. At BUPD, we are working attentively to maintain a safe campus to protect that destiny,” Wigtil said.