Investigations with a Trauma Informed Approach

The Baylor University Police Department (BUPD) recognized a growing need to implement new approaches to working with sexual assault victims using trauma-informed, victim-centered methods. Through intensive training and a commitment to serving the Baylor community, the BUPD is specially equipped to respond to reports and to conduct investigations concerning sexual violence. 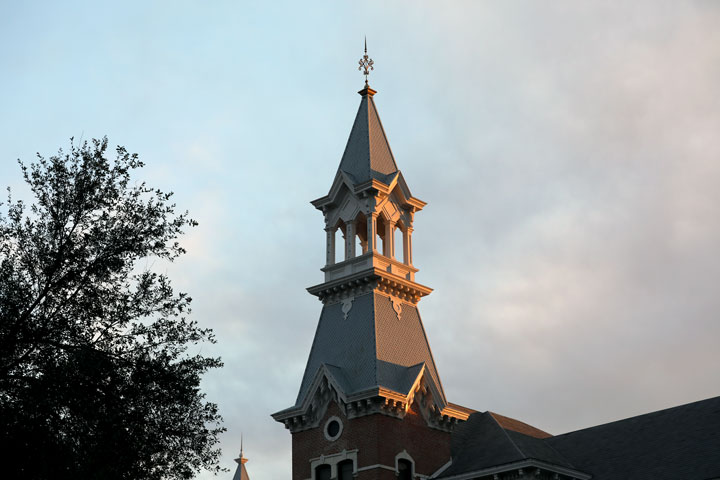 A sexual assault victim who is a member of an educational institution (student, faculty, staff or volunteer) can choose to pursue either investigation, both or neither of these paths. She or he can choose to initiate an investigation immediately following the assault or wait until a later date. The ability of the victim to choose how and when to report to police or Title IX offers her or him some sense of power during a situation that may seem completely out of control.

"For people who are victims of traumatic crimes, we want to help them move forward. To some that might mean a criminal investigation and to some it may mean Title IX, but we're going to respect whatever a complainant wants to do," said Brad Wigtil, chief of the BUPD. We want to empower them with information. We want them to understand the process."

The BUPD staff includes four investigators, including two officers who specialize in sexual assault investigations. Sergeant Molly Davis and Officer Kandy Knowles possess the experience and passion to do their jobs extremely well. Before coming to Baylor, Sergeant Davis investigated Crimes Against Children and worked with victims of sexual assault through the Bastrop County Sheriff's Office. Officer Knowles volunteered in victim services in Waco before becoming a police officer and has served as the BUPD crime victim liaison for several years.

"Somebody can have the skills and all of the knowledge in the world, but if they don't have the right personality and compassion and patience that it takes to deal with sexual violence crimes then it won't work," Chief Wigtil said. "Sergeant Davis and Officer Knowles have all of the skills, knowledge and abilities to handle these cases very well."

The BUPD is committed to providing Sergeant Davis and Officer Knowles – and the entire Department – the resources and training to excel in their roles. For example, the Sexual Assault Family Violence Investigators Course (SAFVIC) is a three-day, 24-hour class funded by a grant from the Criminal Justice Division, Office of the Governor and the National Violence Against Women Office. The certification achieved through the course lasts a lifetime, but the BUPD goes beyond the minimum certification by sending investigators to the course every two years, ensuring they stay up-to-date with the latest research, laws and strategies as the course curriculum is updated.

In addition, the BUPD has hired Chief Tom Tremblay as a consultant to assist the Department in several trauma-informed sexual assault related trainings, to aid in case and policy review and to conduct a training-needs assessment. Chief Tremblay is a retired Chief of Police from Burlington, Vermont and the former Commissioner of the Vermont Department of Public Safety. He is a nationally known leader in trauma-informed sexual assault investigations and even assisted the National Center for Campus Public Safety with the White House Task Force recommendation to develop a new curriculum for Trauma Informed Sexual Assault Investigations specific to colleges and universities across the country.

"Personnel-wise, training-wise, policy-wise, Tom's helping us to look at what we need to do in the future to keep improving and to keep raising the bar as far as how we are able to serve our community when these types of tragic cases come forward," Chief Wigtil said.

This investment in training and dedication to preparation allow the BUPD to maximize the effectiveness of a sexual assault investigation while minimizing traumatization or re-traumatization of a victim. Beginning with the initial response and then continuing throughout the investigation, the Baylor police employ a number of thoughtful strategies to ensure a victim-centered, trauma-informed process while being mindful of the need to collect forensic evidence that may be time-sensitive but difficult for the victim.

When a victim reports a sexual assault, she or he may initially report to the Baylor police, Waco police, Title IX Office, hospital, Waco Advocacy Center or Baylor Counseling Center. The BUPD maintains excellent relationships with each of their partners and works with them to assist the victim. A BUPD officer will initially respond rapidly to a report, first ensuring the victim's safety. A BUPD investigator will also respond and begin to establish a relationship that walks victims through the steps of the investigation and options available to them.

"I like to get there as soon as possible," Sergeant Davis said. "That way I can get the advocate there and get the victim whatever help they need right then and there. I give them a notebook, so they can jot things down as it comes to them since often their memory is scattered."

Whether or not they decide to pursue a criminal investigation, victims are encouraged, when they are emotionally ready, to participate in a forensic interview with a BUPD investigator, which delves into all of the details of the trauma the victim suffered. The investigator will engage in many different strategies to make the victim feel comfortable during the interview, such as not wearing a police uniform and offering frequent breaks. The BUPD also video records forensic interviews, which provides numerous benefits. Using video recording allows the investigator to focus on listening and to engage in a dialogue with the victim, rather than concentrating on taking notes. Because sexual assault cases do not immediately go to trial, having a video recording of the initial interview can be an invaluable aid to a victim's case.

The style of conversation BUPD investigators utilize during a forensic interview is heavily influenced by trauma-informed training and research. For example, because of the impact sexual assault has on the brain, a victim's story may not be chronological or initially seem illogical. BUPD investigators are trained to listen and to allow a victim to talk, understanding that important details to the case may be included in all aspects of the conversation. The investigators also work to explain why they may ask a certain question and to phrase questions in a manner that do not imply accusation or blame.

"A good example is clothes. If we ask, 'What were you wearing the night this happened?' then that comes off as very, "Why do you want to know? Are you suggesting it is my fault?'" Sergeant Davis said. "Versus 'I'd like to have the clothes you were wearing that night for possible evidence.' We want to put it into the context of, 'The reason I'm asking you this is because of this.' So rather than putting a victim on the defensive, we want to give them what they need."

"You have to be mindful of how you ask a question or how a question is phrased. While you may have no ill-intent to whoever the victim is, just the way you ask a question could lead them to believe that you are victim-blaming or passing judgment. That's what we're trying to stay away from," added John Kolinek, assistant chief of the BUPD. "Trauma-informed training strengthens our ability to conduct a successful investigation."

A victim does not have to pursue a criminal investigation. She or he can also begin an investigation and then decide to put it on hold. The victim controls the situation, but no matter what she or he decides, the BUPD is there to support her or him with resources and with compassion. The timeline for a sexual assault investigation can vary greatly from case to case, from days to months, and the court process takes additional time. The BUPD is there to support the victim no matter how short or long the timeline.

"I always give victims my cell phone number, my email. They can text me. I tell them after hours, if you have an emergency, please call me," Sergeant Davis said. "I want to help alleviate any fears or pressure a victim may feel. I want to make sure they know I won't pressure them into pursuing charges or pressure them into talking to me, but I'm also going to let them know that I'm here and that I'll continue to check in with them regularly."

"We have great partnerships with open lines of communication. We do lunches and after work dinners," Sergeant Davis said. "I'm on speed dial with Baylor's new advocate, Elizabeth Noble. She'll just drop whatever she's doing and come over – same with Title IX and Waco PD. We all work great together."

Sergeant Davis and Chief Wigtil identify the three most frequent reasons that they hear victims give for not reporting: (1) "I don't want to get anyone in trouble," (2) "I don't want my name in the paper," and (3) "It's my fault." The BUPD is here to support victims, to ease their hesitations and to provide them with an opportunity to pursue justice – if that is the path chosen by the victim.

"We care deeply about all of our students, faculty and staff," Chief Wigtil said. "Particularly on these sexual violence cases, Sergeant Davis and Officer Knowles are two of the most caring and compassionate people I know and they have servant hearts. They want to serve each person and help them through the process of recovery."