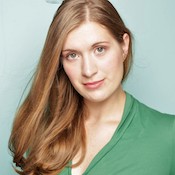 Marian Barshinger is a first-year MFA student in Directing at Baylor University in Waco, Texas. She holds a BA in Acting/Directing from DeSales University. Marian is originally from the Lehigh Valley area in Pennsylvania. For three years she was the Artistic Director of the youth theatre Players of the Stage, as well as directing for local community theatres. Some of her directing credits include Doubt, A Midsummer Night’s Dream, And Then There Were None, and Twelve Angry Jurors. She also has a background in theatre education and educational performance. Her areas of interests include the classics, gender studies, and the integration of art and faith.