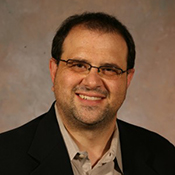 David Jortner is an Associate Professor of Theatre Arts and the Graduate Program Director in the Department of Theatre Arts. He joined the Baylor faculty in 2008 and teaches theatre history, theory, dramatic literature, and directing. He received his PhD in Theatre and Performance Studies from the University of Pittsburgh in 2003.

Dr. Jortner's research interests are predominantly in the areas of twentieth century Japanese theatre and the intersection of Japanese and American culture. He is the co-editor of Modern Japanese Theatre and Performance and is a contributing editor for the History of Japanese Theatre from Cambridge University Press. He is currently the book review editor for Asian Theatre Journal.

He has essays in numerous volumes including "Staging Soul/Food in Rakugo and Shōgekijō: Food and Theatre in Japan" (with Lorie Brau) in Food and Theatre on the World Stage, "SCAP’s 'Problem Child:' American Aesthetics, the ShingekiStage, and the Occupation of Japan" in Rising from the Flames: The Rebirth of Theatre in Occupied Japan, 1945-1952, and "Censoring Vengeance: Revenge Dramas and Tragedies during the Allied Occupation of Japan" in Revenge Drama in European Renaissance and Japanese Theater: From Hamlet to Madame Butterfly.

Dr. Jortner has also authored numerous articles, including the most recent, "'Imposing the Standards of Boston On Japan:' Kasutori Performance, Censorship and the Occupation" in Theatre History Studies (2014). He also has articles in Asian Theatre Journal, Tirai Panggung and Text and Presentation.