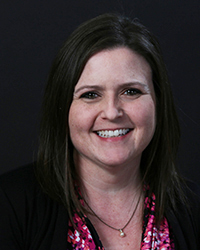 Julie Freeman Reed has worked for Baylor since 2005, both as media adviser and director of student publications. She came to Baylor Nation from Lubbock, where she spent five years working as a copy editor for The Lubbock Avalanche-Journal. She also spent a year teaching journalism and English to rambunctious junior high students.

While she loves shaping the minds of youngsters, her real passion is to equip college students for success — teaching them not only hard journalism skills, but also the soft skills of communication, critical thinking, problem solving, collaboration and creativity. Students tackled major stories under her guidance, such as two Fort Hood shootings, the deadly West explosion, Final Four tournaments and the inaugurations of both Barack Obama and Donald Trump.

During her 15 years in the Baylor student media department, she has supervised hundreds of students who have gone on to pursue careers in print and digital journalism, broadcast journalism, photography, website and app design, advertising sales, public relations, military, business, law, education, self-publishing, graphic novels and, perhaps the most important of all, homeschooling. In the past year, one of her students began his own career as a college media adviser.

Julie has an Associate of Science degree from North Central Texas College, a Bachelor of Arts in Journalism and English from the University of North Texas and a Master of Arts in American Studies from Baylor. She is the president of the Texas Intercollegiate Press Association.