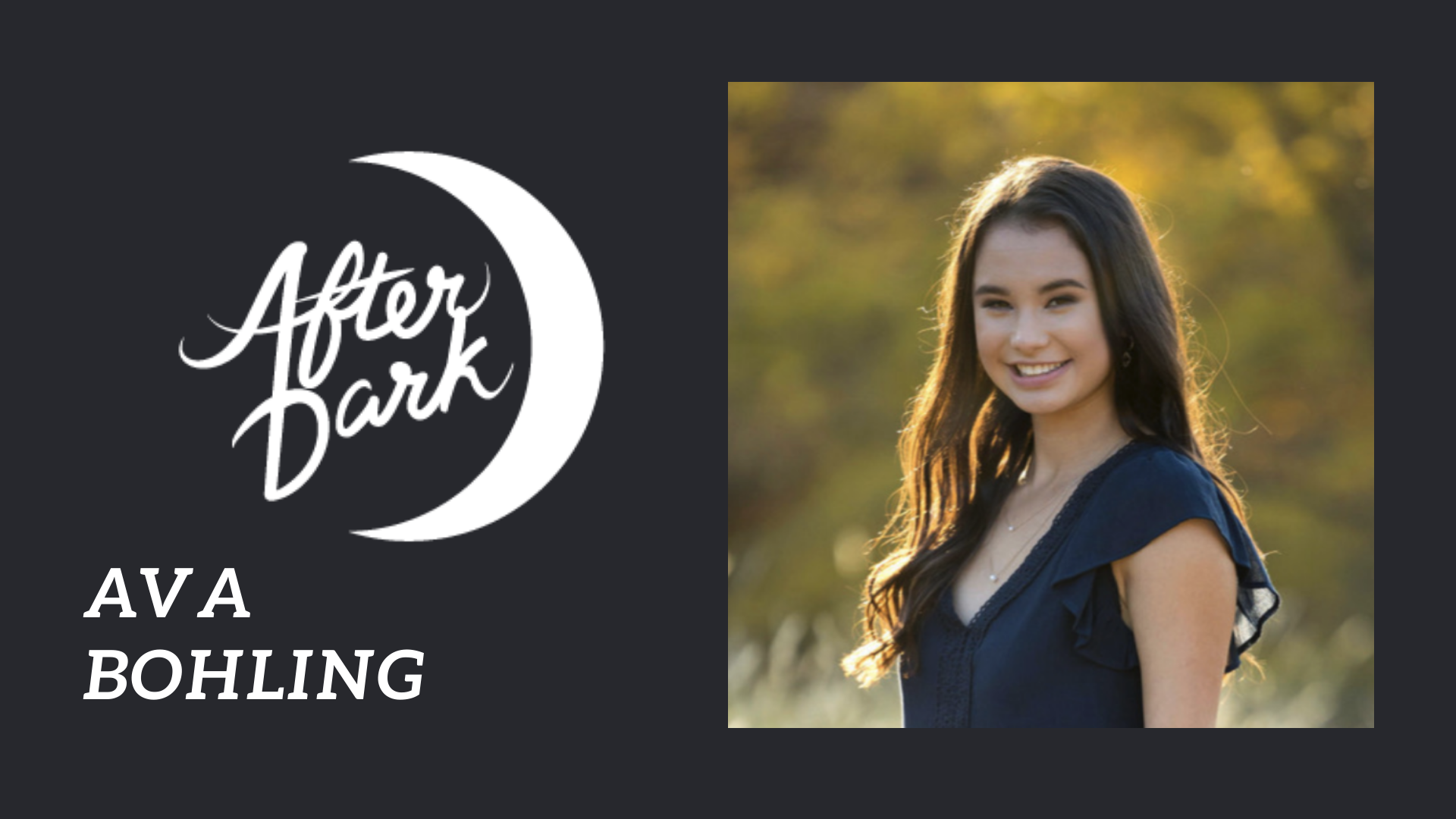 Ava Bohling is a sophomore singer-songwriter. She released her newest single "Flannels" (which is the song she will be performing tonight) this month under the artist name "Adair." She highly suggests you go listen to it for no reason other than she needs the streams. In her free time, she performs at restaurants and bars back in her home town Frisco, Texas. Ava loves music and believes that it is a whole language in itself that everyone can connect with on an emotional level. 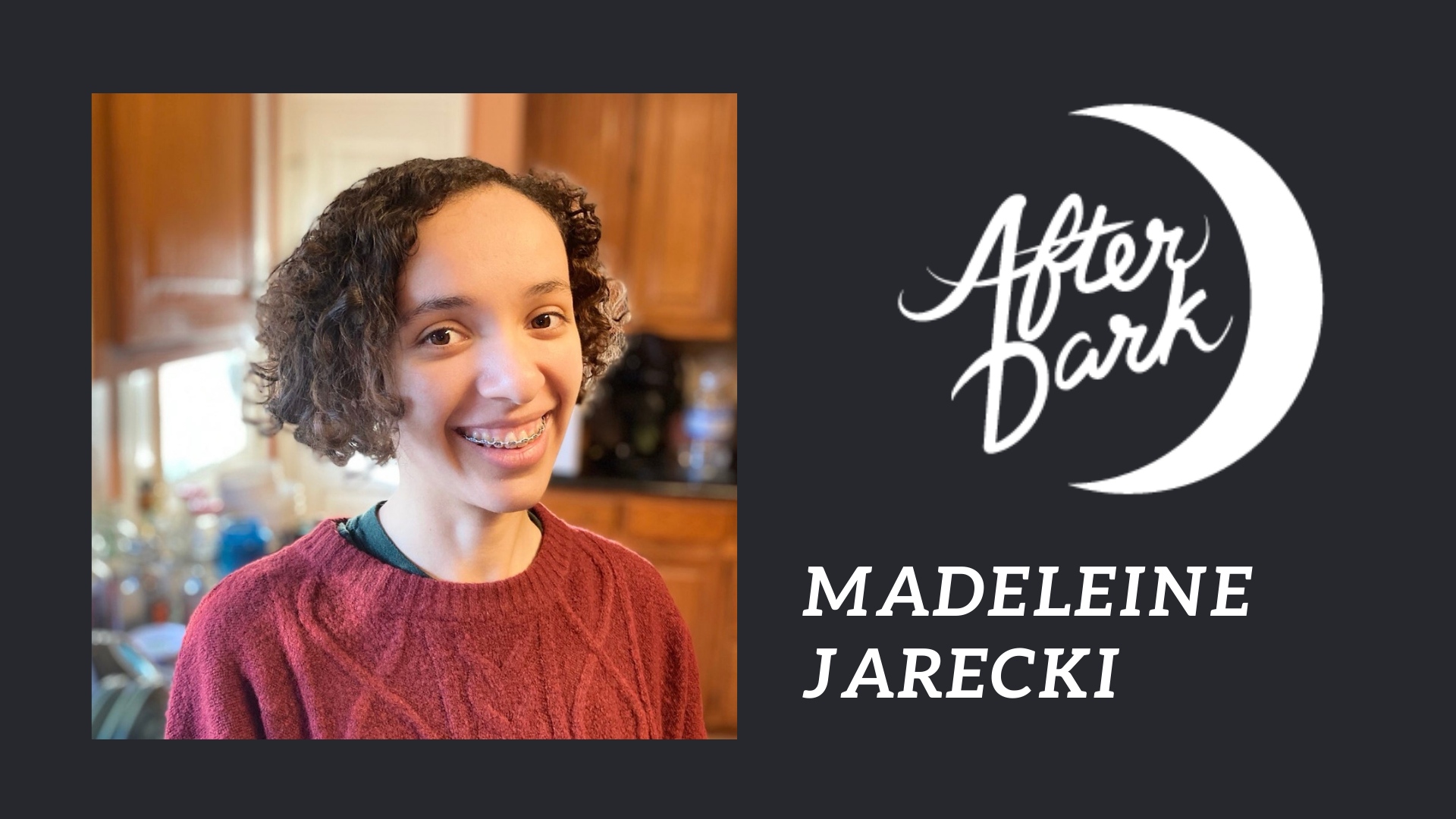 Madeleine Jarecki is a senior whose curiosity about how we understand and interact with our world underlies her love of both neuroscience (her major) and poetry (her passion). Madeleine's poems often arise from her connections to others. Accordingly, this poem is written in honor of her mother, artist Angela Jarecki, who, like a star, has been a source of light and guidance because of her creativity, resourcefulness, and love. When not studying or writing, Madeleine can be found kayaking on the Brazos, taking a long walk, or napping. 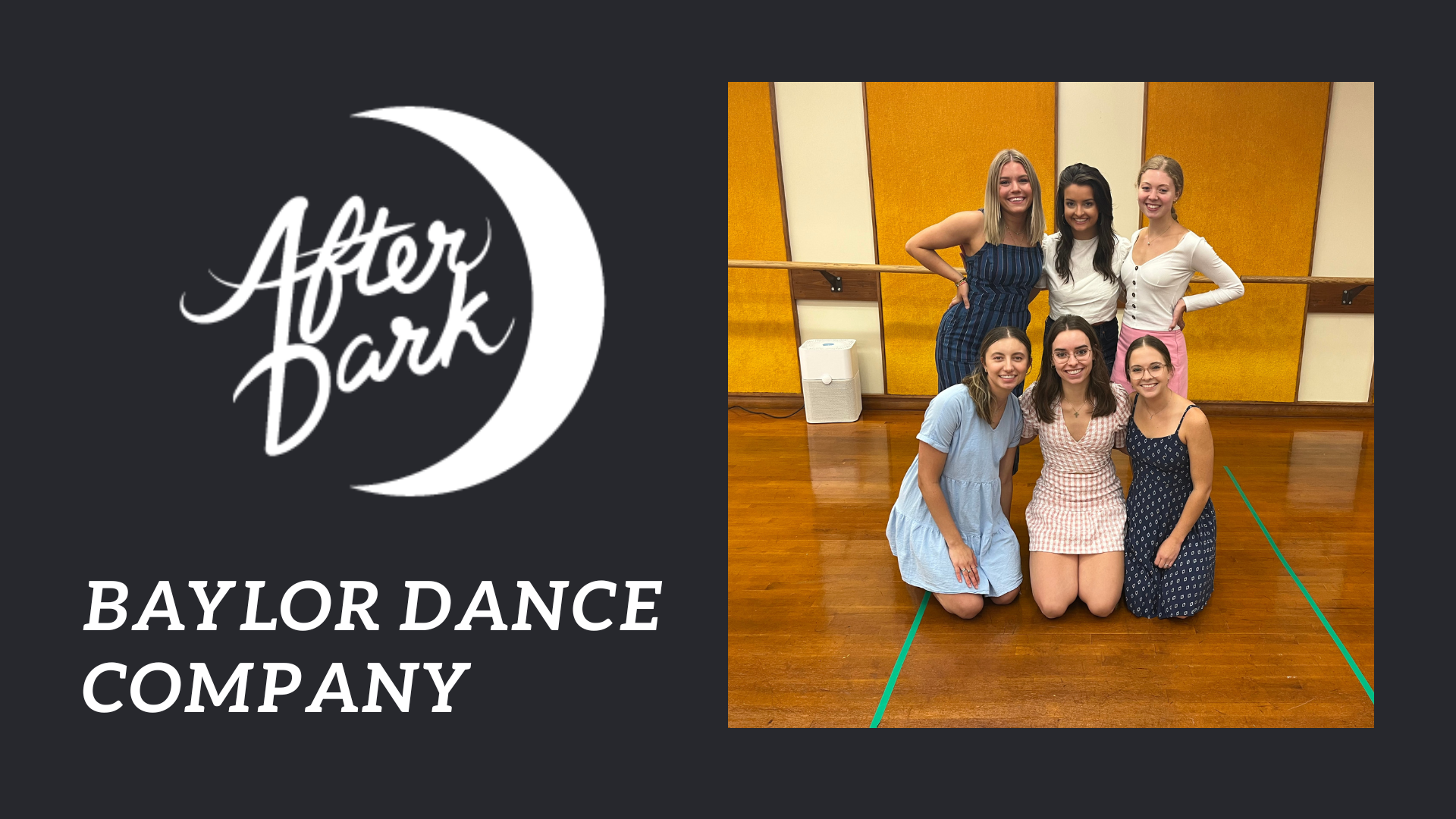 The Baylor Dance Company is a student-run organization, in collaboration with the university’s dance minor, that seeks to give college students the tools to improve both technically and artistically in a professional environment. We are the officer team that helps lead, teach, and organize our year ahead. This year we will be dancing through the Baylor Homecoming parade, traveling to a collegiate competition in March, and hosting our annual showcase later in the spring! Baylor Dance Company offers students the opportunity to continue dancing and doing what they love at a collegiate level in preparation for a professional dance career after graduation. 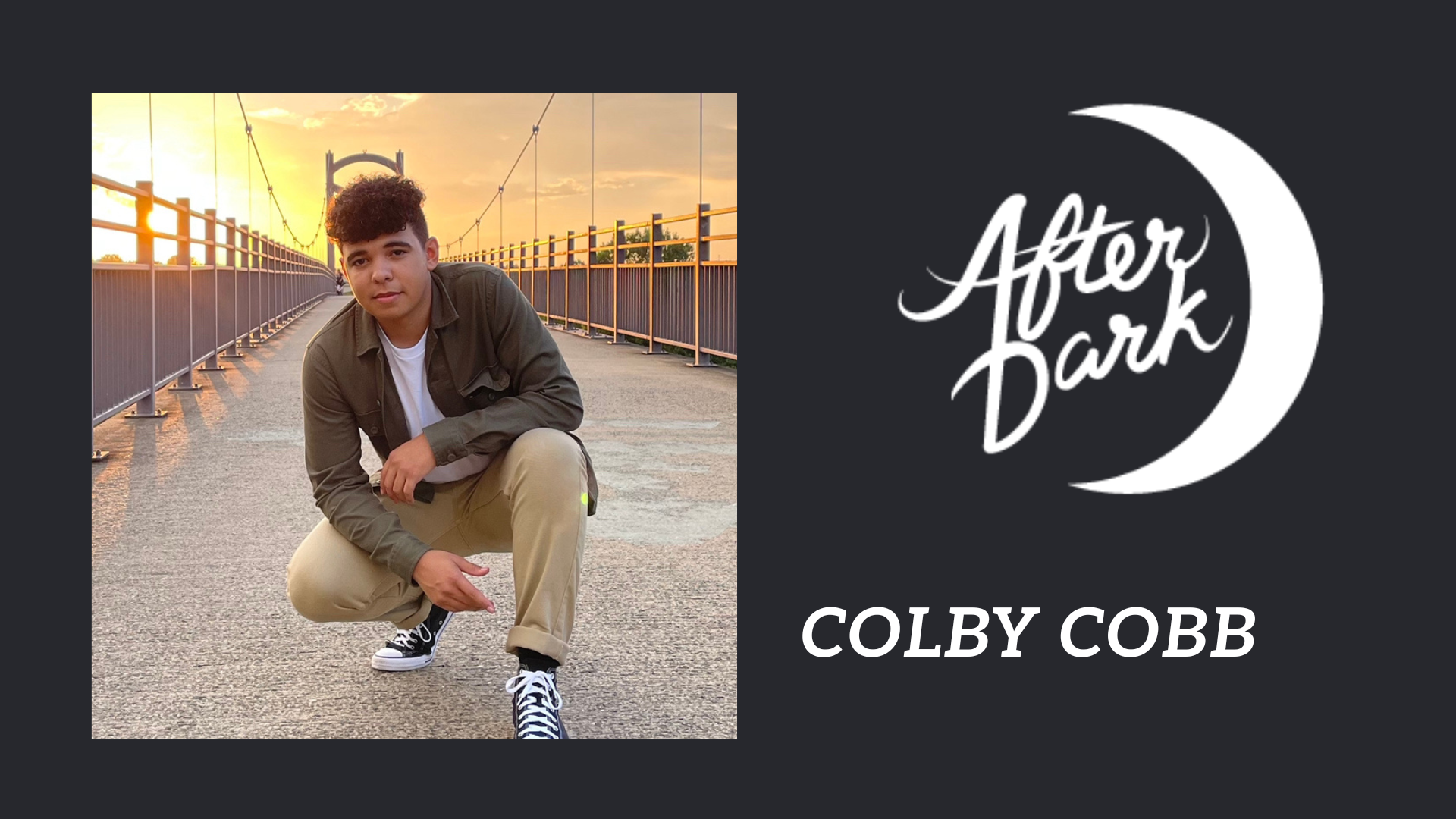 Colby Cobb is a second semester freshman Singer-Songwriter. He took a gap semester to compete in a show called American Idol where he met many life long friends and improved his talent. He was born in Houston, Texas but moved to Alabama in High School and graduated from there. Back home, he plays gigs at restaurants and bars. 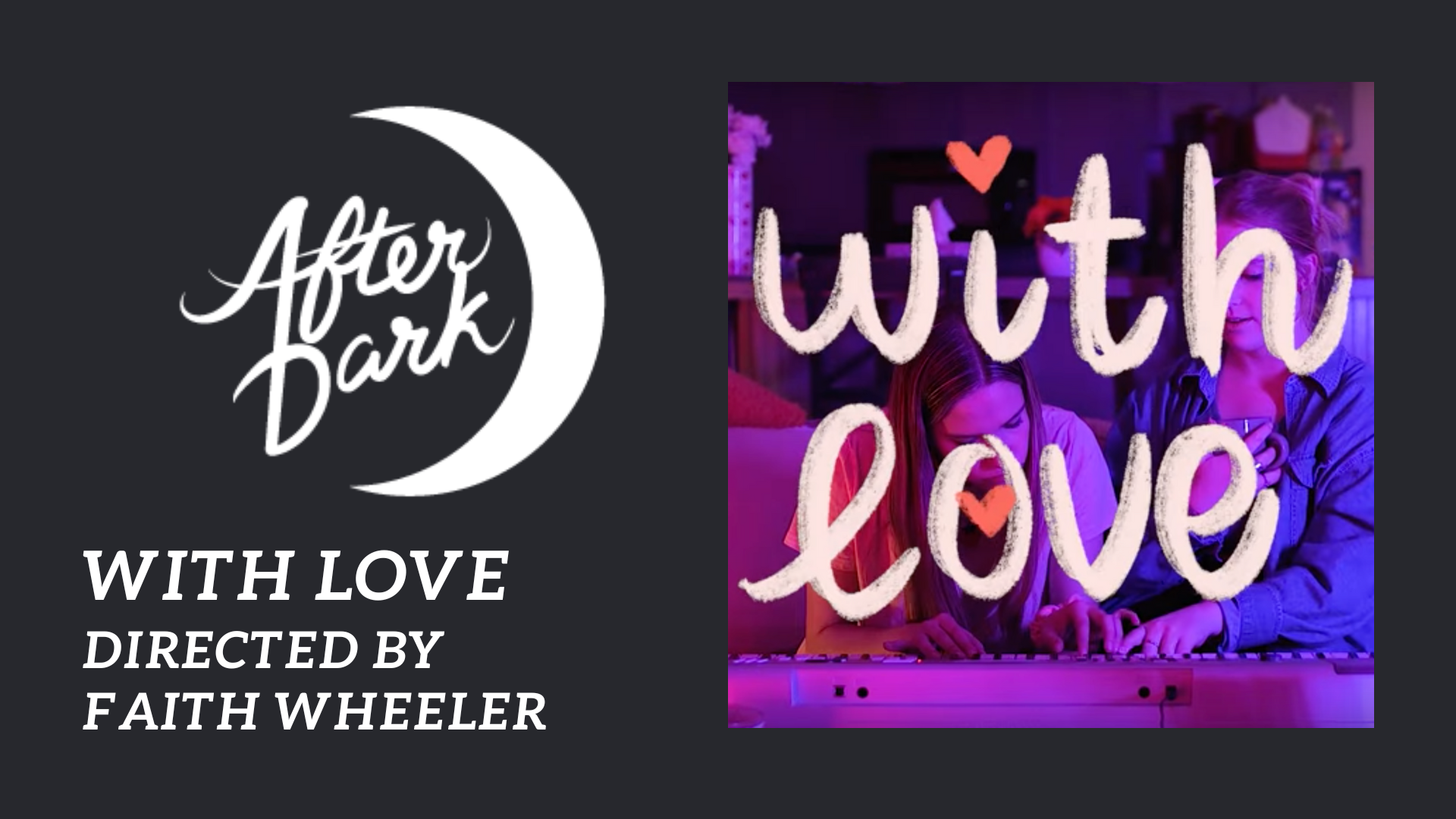 “With Love,” a film created by Katy senior Faith Wheeler, was shot in one take with one camera angle, focusing on a conversation between two women around a piano. Wheeler said the film was inspired by a conversation she had in real life with her roommate, and she wanted to bring that realism and emotion to her film. “It’s about two girls songwriting around a piano, and they have two opposite views on relationships. That’s the humor in it,” Wheeler said. “They just have different perspectives.” One of the girls, according to Wheeler, takes a more pessimistic view, and the other is an optimist. Wheeler likes to think that she’s the optimistic girl in the film, having been inspired by her partner. “I like to think of myself as the hopeful one because I recently started dating someone that I feel inspired by,” Wheeler said. “That was the whole premise of the story.” 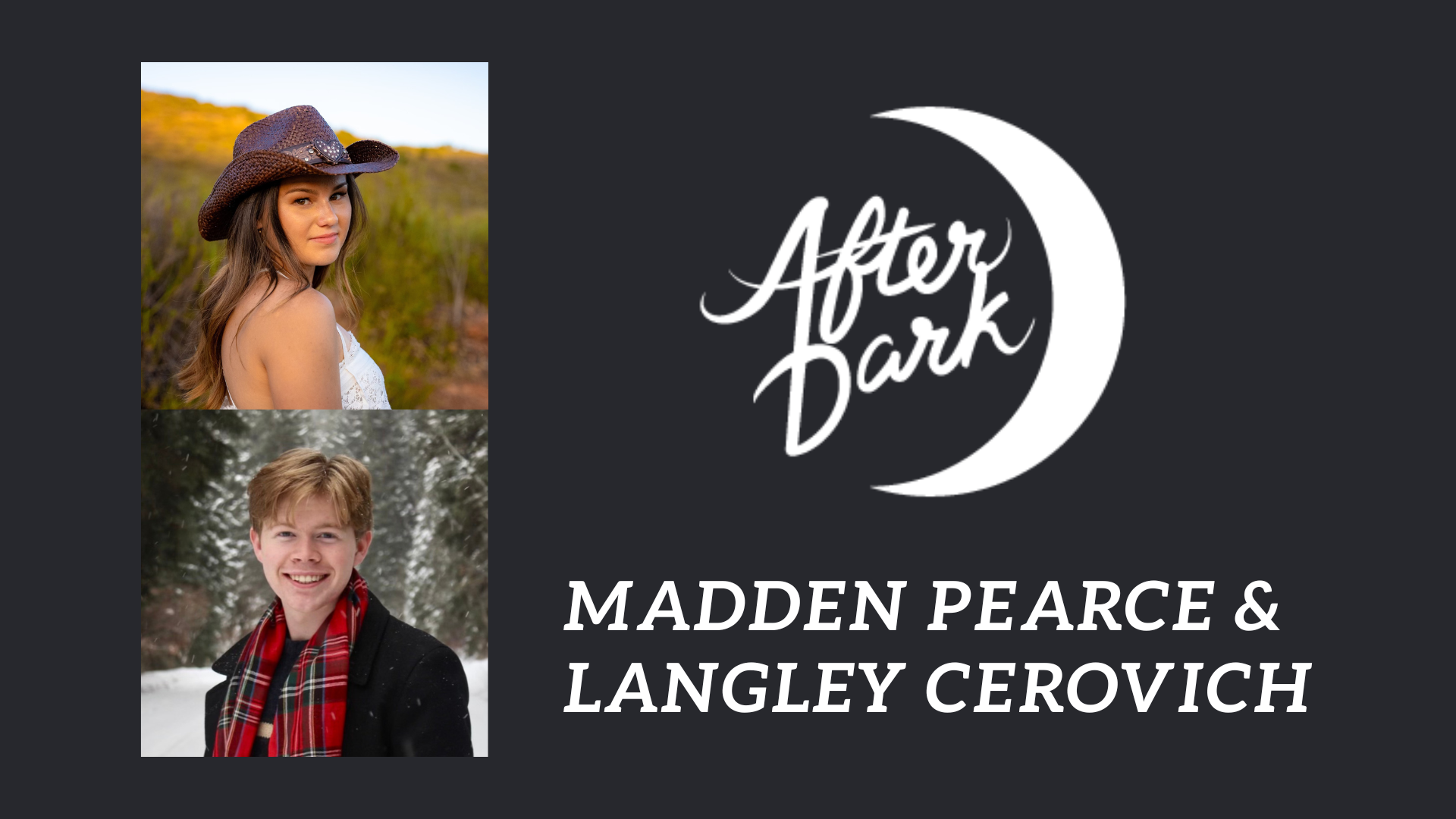 Madden Pearce is a sophomore pre-law student and independent singer/songwriter from San Diego, California. Her songwriting focuses on authentic and relatable messages representative of her life experiences. Madden has released ten original songs world-wide since the age of fourteen and her music can be found under the artist name "Madden Reese" on all streaming platforms. The song in the act, titled "State of Mind", was written as an ode to her journey from her senior year of high school to Baylor. Madden has a passion for music and hopes that her songs can resonate with others.

Langley Cerovich a sophomore premed business fellow. He aims to become an orthopedic surgeon and return to the mountains so he can explore my passion for the outdoors and the backcountry. In his free time, Langley loves to draw and write songs and is inspired by his adventures throughout the mountain ranges surrounding his hometown. 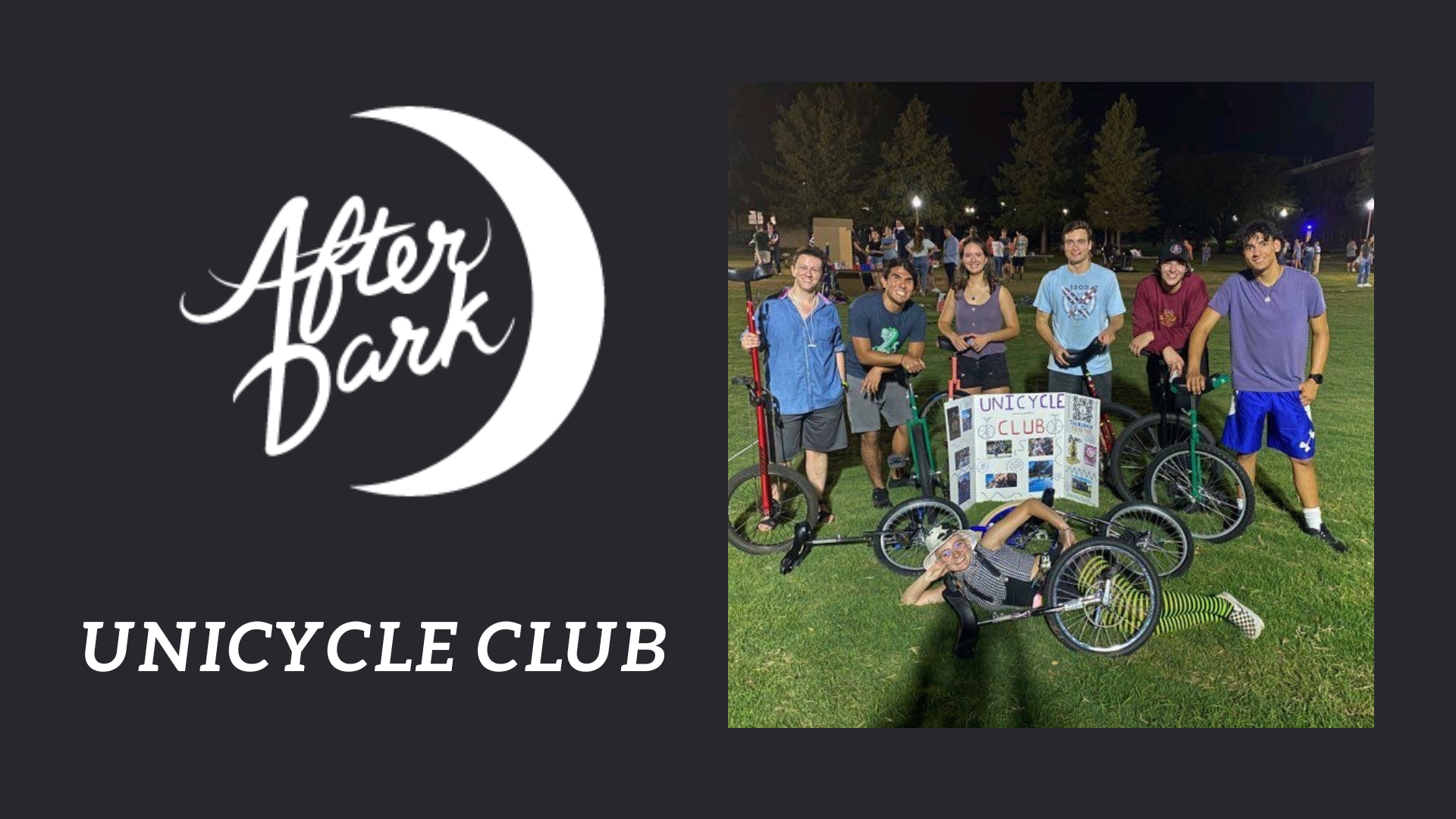 The unicycle club was founded 4 years ago and has been an invaluable source of community for its members and entertainment for the Baylor population. While some of us arrived at Baylor knowing how to ride, most learned at club; our passion for creating new unicyclers is what keeps us going. Our act tonight is a little taste of the fun, exciting climate of Baylor‘s unicycle academy. 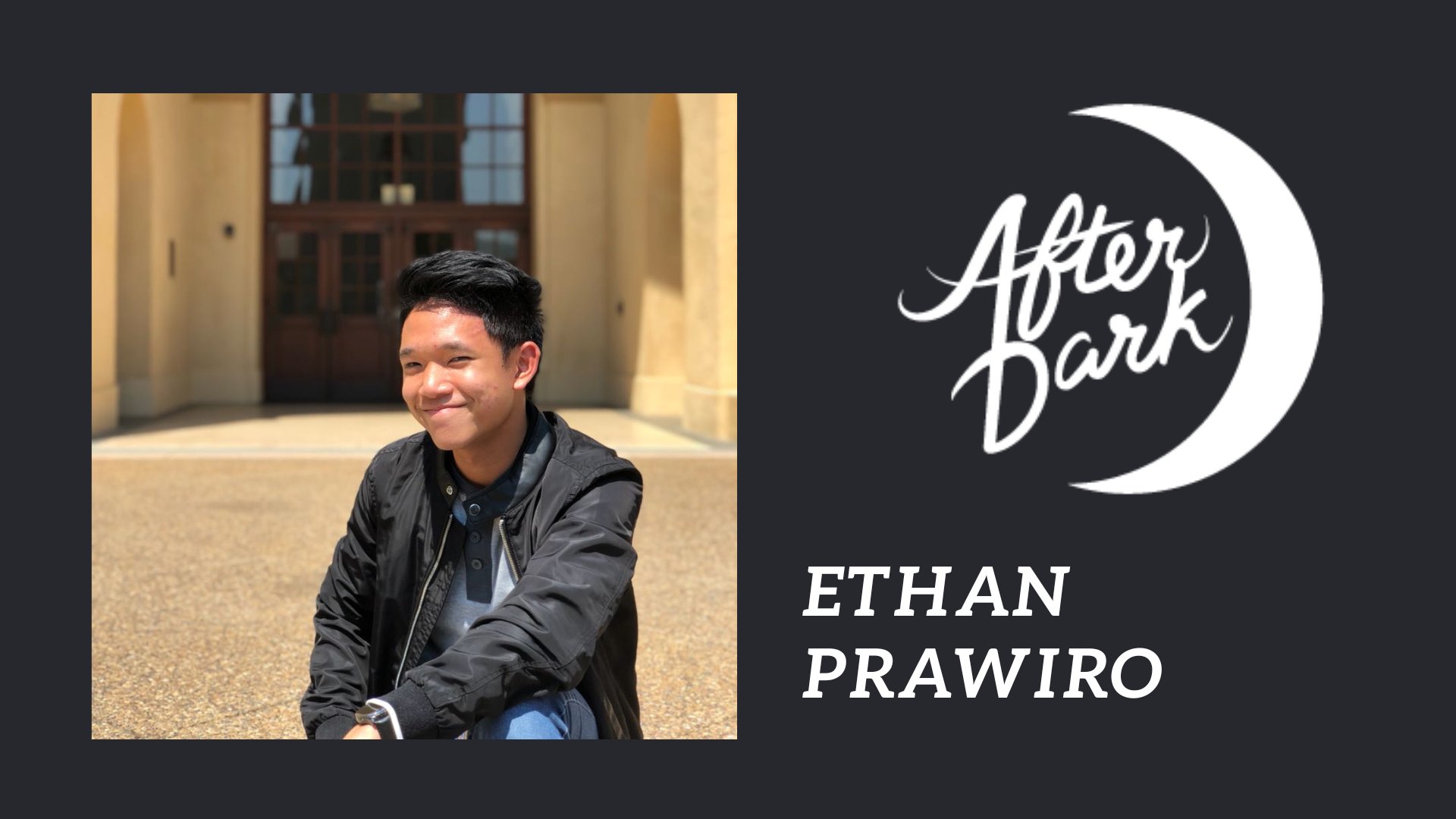 Ethan Prawiro is a junior from Jakarta, Indonesia. This international student is performing an acoustic rendition of his current favorite song "Until I Found You" by Stephen Sanchez. He loves to bring joy to others even if it's for a brief moment whether it be through singing, food, or the occasional joke and hopes to bring joy to the audience tonight! 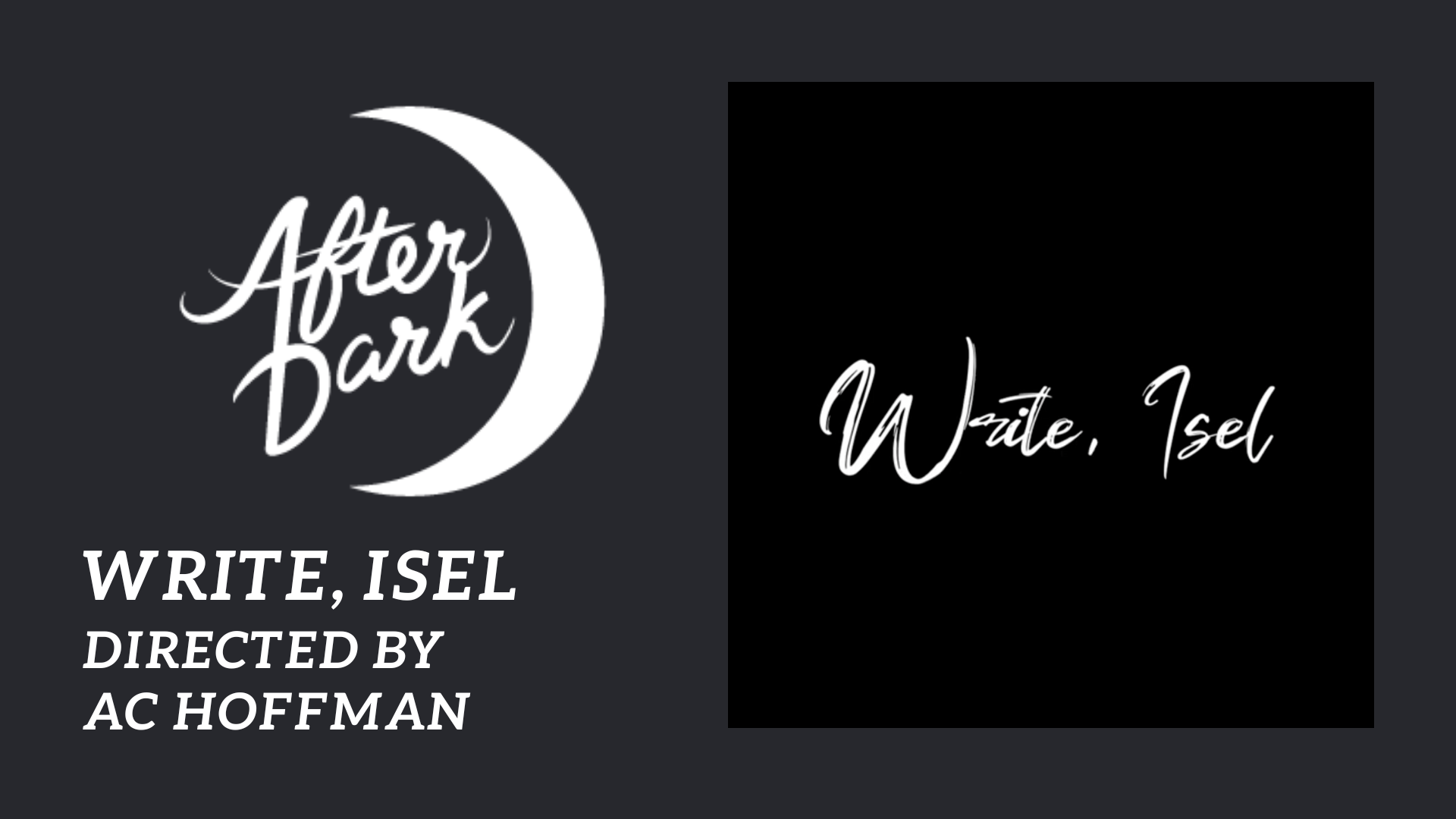 A songwriter for her boyfriend's band finds herself against a block in her mental road. Written and directed by Waco master's candidate AC Hoffman Starring Bella Mascorro as Isel & Logan Allen as Ryan. 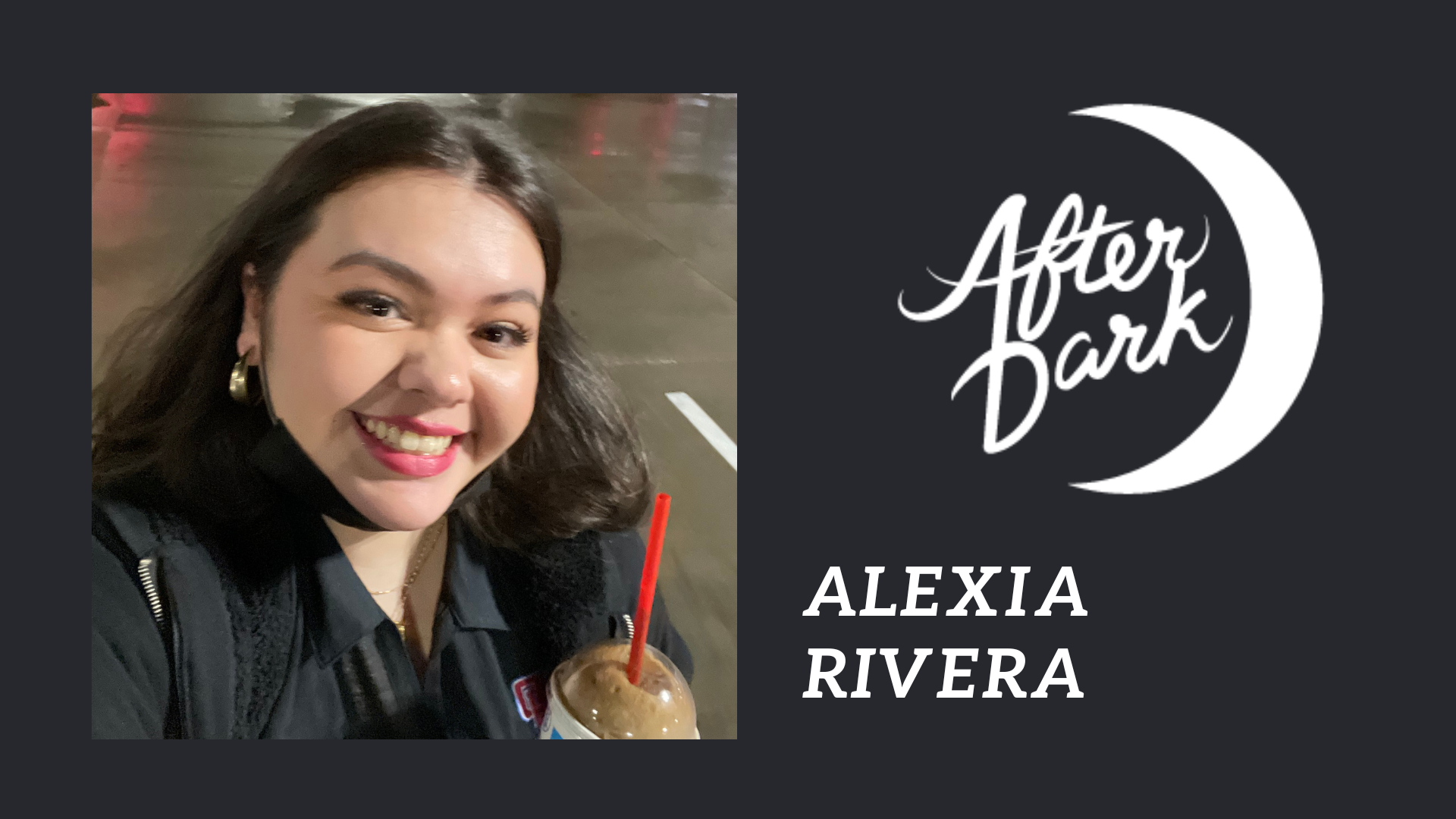 Alexia Rivera is a freshman vocal major. She has performed for years, whether it was theatre or choir. When she’s not busy studying for her next exam or performance, she is relaxing with friends and family. Alexia adores music and fully believes that no matter how you’re feeling, music will always find a way to brighten your mood! 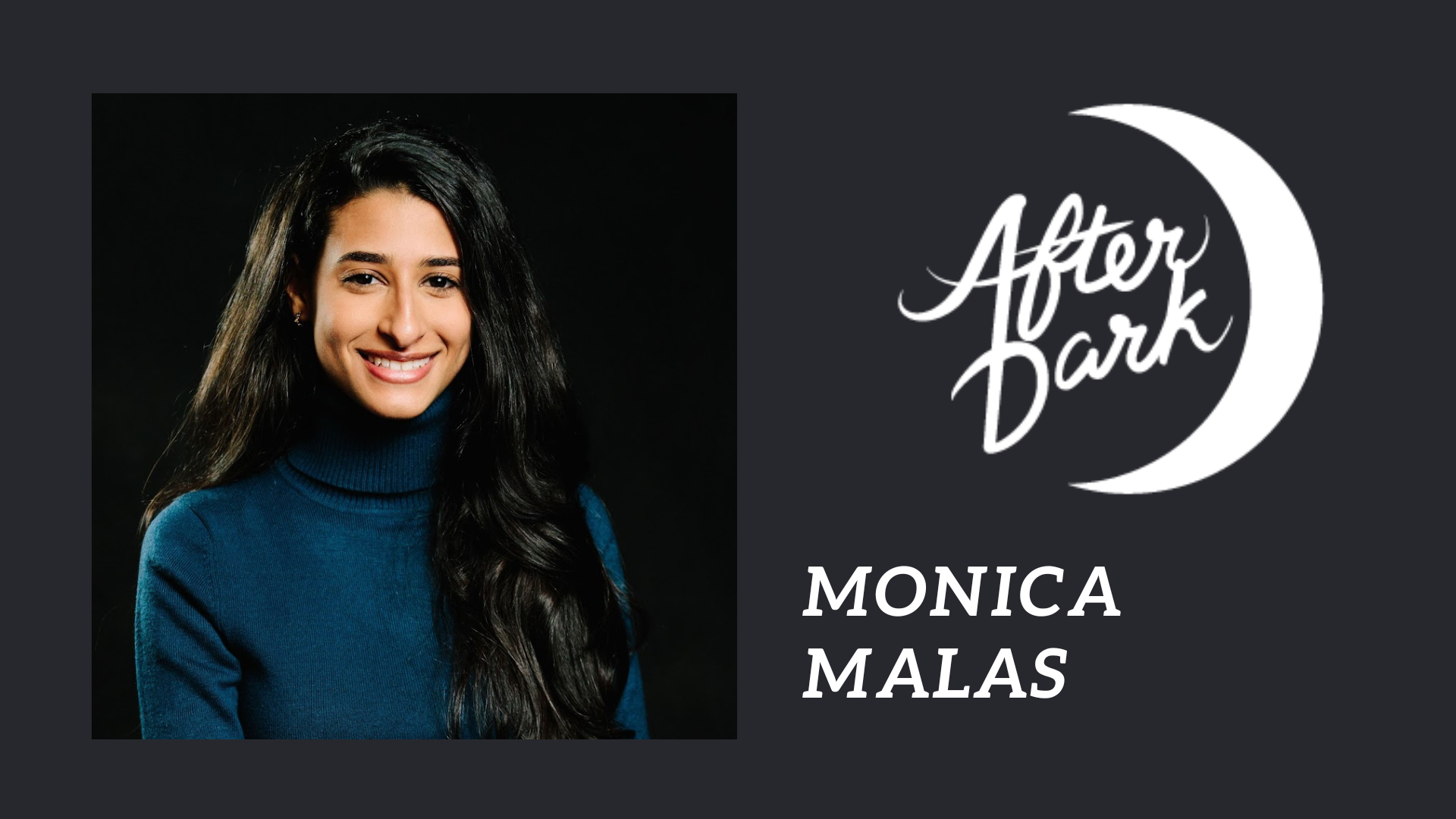 Born and raised in NYC, Monica Malas has been exposed to music since an early age. Through opportunities in her church and high school, Frank Sinatra School of The Arts, she was able to explore her voice and unlock a lasting passion. Now, Monica dedicates herself to using the art of song to share the beauty of stories that people can take part of or even relate to in their own lives. 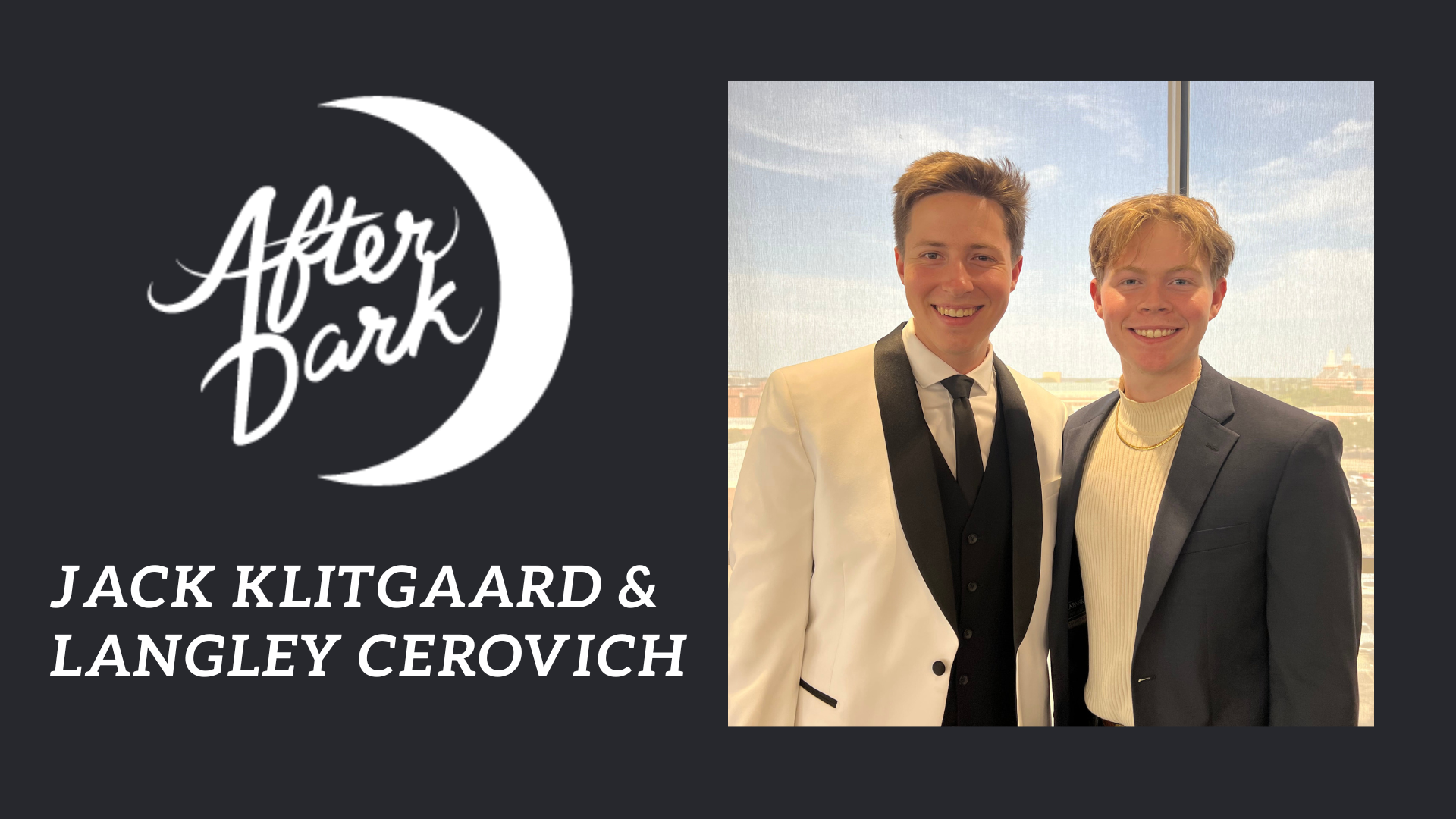 Jack Klitgaard is a sophomore jazz pianist who plays for the Baylor Jazz Ensemble and Jazz Combo, as well as gigging locally. He is an University Scholar on pre-medical track and is passionate about integrating the Christian faith with healthcare. In his free time, Jack enjoys party games, old movies, and theological and political discussions. Jack and Langley Cerovich will be performing a Baylor-themed rendition of Frank Sinatra’s “My Kind of Town” entitled “My Kind of School.” Langley Cerovich a sophomore premed business fellow. He aims to become an orthopedic surgeon and return to the mountains so he can explore my passion for the outdoors and the backcountry. In his free time, Langley loves to draw and write songs and is inspired by his adventures throughout the mountain ranges surrounding his hometown.