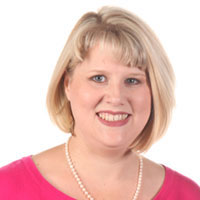 I am originally from Arkansas. I have a B.S. in physics and a M.S. in Mathematics from Arkansas State University. In 1998, I obtained a Ph.D. in Statistics from the University of Missouri-Rolla, which is now known as the Missouri University of Science and Technology. After three years on the faculty at Oklahoma State University (OSU) and a year at Tulane University, I joined the faculty at Baylor University in 2002. As Undergraduate Program Director, I advise all majors and direct capstone projects. I am interested in all levels of statistical education from kindergarten students to graduate students, and would like to promote more undergraduate research opportunities within the department. My primary research area involves selection procedures for probability distributions with engineering applications. I am married to David Ryden of the Department of Mathematics, and we have three children, Evangeline, Eli, and Atticus.

Hill, Jeanne, and Patel, J. K. (1999). Selecting the Best of Several Weibull Populations Based on the Shape Parameter, Journal of Applied Statistical Science 8, 79-90.

Weaver, Sally and Hill, Jeanne. Academician Attitudes and Beliefs Regarding the Use of Hospitalists: A CERA Study. Family Medicine 2015; 47(5): 357-361.